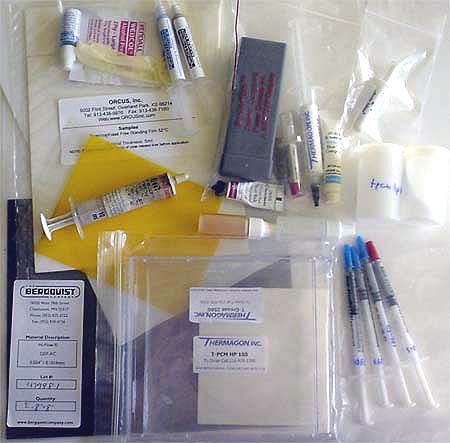 The heat source used is an Athlon XP “T-Bred B” 1800+, overclocked to 2410 MHz at 1.75V – heat output is unknown. Die surface area is approximately 85mm². The CPU temperature sensor is a customized LM35 Precision Centigrade Sensor, thermally-coupled to the backside of the processor via epoxy and thermal grease: 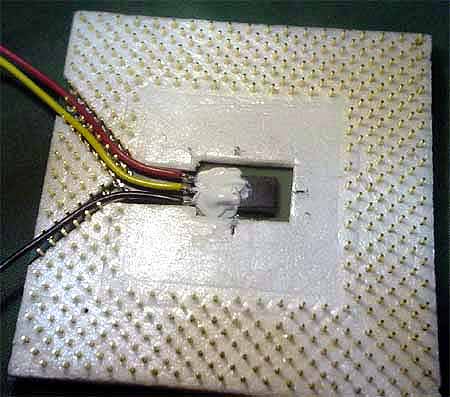 There are separate LM35 sensors for both ambient air and radiator outlet water temps.

The processor is water-cooled by a copper waterblock that is held by a specially designed clamping mechanism, which delivers force along a single axis towards the center of the processor die: 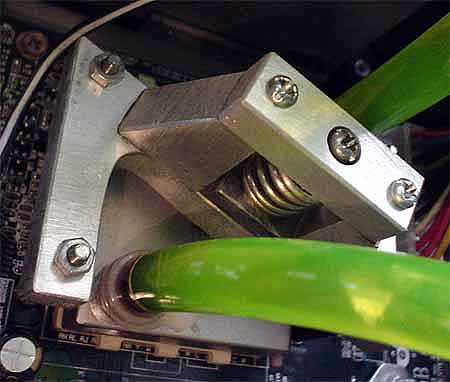 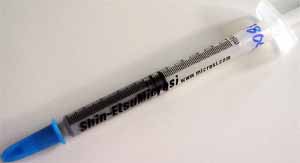 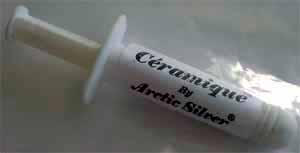 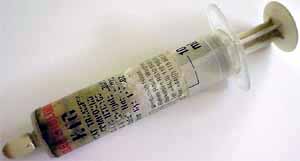 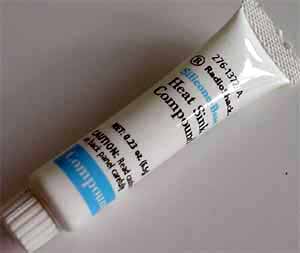 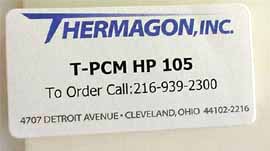 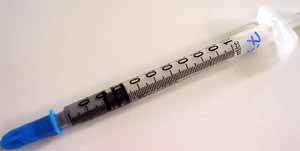 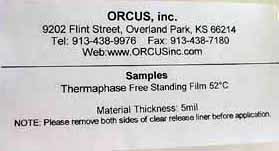 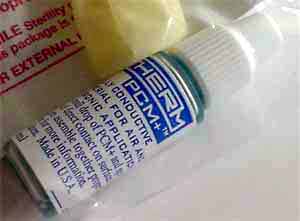 The best performer overall was the Shin-Etsu MicroSi X23-7804E3, followed by the WHITE greases (Ceramique, Radio Shack metal tube, Stars white). Apparently you can’t go wrong with “generic white goop” as far as performance is concerned, although longevity characteristics are equally important; what may perform well at the onset may deteriorate several months down the road, owing to migration, pump-out and drying issues. Which brings us to the supposedly longer-lasting TIMs, the phase-change materials (PCM).

PCMs are solid at room temperature but soften/liquefy at CPU operating temperatures. The best performing PCM was Power Devices’ Powerfilm, scoring within 3°C of the best grease, performing even better than many of the greases in this roundup. This should lay to rest the notion that all PCMs are very poor performers.

Not all PCMs perform well, though; the FSF52 by Orcus Inc. did poorly, as did Berquist’s Hi-flow 225F-AC due to its aluminum foil carrier.

I recently received the Millennium Glaciator heatsink/fan and decided to test it out, head to head, against the Alpha PEP66T. This new HSF has been tested against several other units, but I have yet to see it put up against