Next week, most of us ought to see the 90nm Winchesters available for sale. One place apparently already has them, but they pushed up the price $15/$25 from the pre-sale prices once they had them.

Should you buy one?

The one advance report on one which included overclocking can be found in OC Forums (look at the comments from Petr).

He reports doing a quick-and-dirty OC on a 3000+ (1.8GHz actual frequency), with moderate cooling and overvoltage, and got somewhere between 2300-2400 MHz.

Next week, we’ll probably get quite a few more reports from those buying the first available, but it’s pretty safe to say that the numbers probably won’t go up all that much. If you’re looking for 2.5GHz from high-end air, well, maybe. If you want 3GHz or close with that kind of cooling, forget about it anytime soon.

These chips look to have much of the Prescott problem, though not as bad. Default voltage (1.4V) is hardly any less than it is for 130nm chips. Heat output looks to be about the same or a little higher than with a Newcastle.

There is a report from a website which indicates that unoverclocked, a 90nm Winchester is about 5C hotter than a Newcastle, but this may be due to the Winchester being run with about a 5% overvolt. We’ll need some more clarification on this point.

Nonetheless, it’s pretty clear that these 90nm chips don’t run significantly cooler at a given frequency than their 130nm forefathers, which is what you would expect if SOI kept the old rules on process shrinks alive, where you’d expect a power drop of a third or more.

It’s also fairly clear, though, that SOI is helping heat matters to some degree, temperature increases from the little info we have don’t seem to be as explosive as Prescott’s.

Nonetheless, it’s pretty clear from initial results that AMD is in no shape to come out with 2.6Ghz 90nm chips running under default conditions anytime soon, which is why they’ll be stretching 130nm one last step.

A Quiet Admission of Guilt?…

A Quiet Admission of Guilt?

Originally, the Hammer-based Semprons weren’t supposed to go 90nm until about a year from now. Presumably, AMD would use its current 130nm Hammer technology to make Semprons which would help to separate out the product lines more distinctly.

They’ve done a 180-degree turn on that. XBit Labs reports that AMD plans to put out 90nm Semprons as soon as November.

In any event, that’s neither here nor there for those looking ahead. These Semprons are supposed to be made using the same process as their big brothers, only with half the cache and no x86-64.

Initially, these will be socket 754 only, but eventually, there will be a socket 939 Sempron, too.

As you’ll see, down the road, this is likely to have broader ramifications.

For the next six months or so, AMD will offer the spectacle of higher-end chips being made with older process technology than the lower-end chips:

Value, Part II Socket A chips being made with 130nm technology.

This isn’t a product line, this is a layer cake.

The problem with this approach is that you can’t really count on AMD sticking to the plan, and if they don’t, you get burned.

For instance, we’ve been against socket 754 systems primarily due to the prospect of instant obsolescence and perpetually trailing socket 939 technology.

However, if AMD is going to bring 90nm to the budget line tomorrow, who’s to say they won’t do it with the current socket 754s the day after that? That certainly would make current socket 754 owners happy, but it’s not going to help socket 939 sales.

Going to 90nm makes Semprons relatively more attractive compared to low-end A64s, but the lack of x86-64 will make many pay more for it. What happens when Intel stick x86-64 into Celerons next year? Will AMD change its mind again? If it does, if only 256K cache separates a Sempron from a Winchester, seems to me a lot of people reading this are going to choose the former.

Adding To The Confusion

Today, we have AGP boards. Tomorrow, we’ll have PCI Express boards. Maybe the PCI Express boards in a month or two will have an AGP slot, maybe they won’t. Those making these things seem to be having a few problems delaying their release, who knows what kind of problems the initial boards will have?

If this isn’t enough trouble for you, by mid-2005, we’ll have DDR2 capable Hammer chips which will use a different socket which will make it incompatible with any CPU you can buy today.

After that, dual cores raise their heads, and God knows what they’ll work with.

When In Doubt, Wait Them Out

This is just sad. What is particularly perverse about all of this is that the combination of all these factors and moves won’t encourage people to move up to a $170 processor; they’re going to end up encouraging people to move down to a sub-$100 one, or just wait until they get just that. That’s what the combination of relatively little difference in performance at the top-end combined with bringing 90nm technology to the bargain end is likely to do to AMD.

I know, many reading this are shaking their heads and saying, “You say this like it’s a bad thing.”

Well, no, it’s certainly not a bad thing for many, maybe most in this audience.

However, it does show AMD’s inability to adopt a plan, a strategy, and stick to it. They’re like a chess player who can see only one move ahead, so they’re at the mercy of anything who can look further ahead.

It is a company that doesn’t make decisions, but has them forced upon them.

For instance, it’s pretty clear that the initial high pricing for Hammers was forced by lack of capacity one way or the other. This lack of 130nm capacity is forcing them into going 90nm Sempron too early. They hope they can differentiate Semprons from A64s with x86-64, but that policy blows up the second Intel puts x86-64 into Celerons, and they’ll be “forced” into including that.

Within nine months, I’ll bet that we’ll have this nice capable Sempron, and all the AMD fans will be back to buying cheap processors again. Goodbye, pricing strategy.

If the performance numbers and dollar signs for a socket 939 system look pretty good to you, knock yourself out.

However, if the thought of buying such a system makes you cringe, due to the price tag and/or the level of performance, don’t. You now have more reason to believe waiting AMD out will eventually get you the Hammer equivalent of your current socket A system. 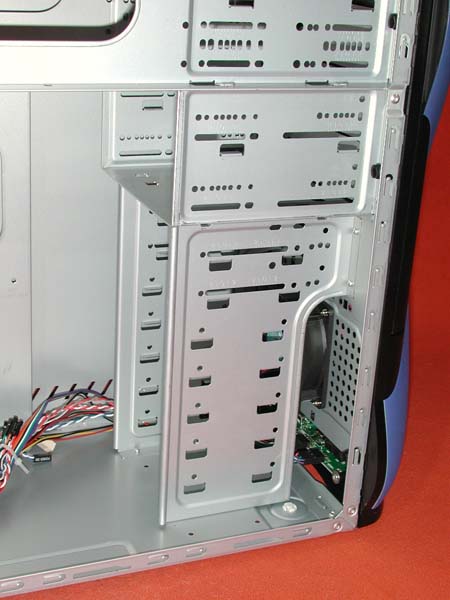 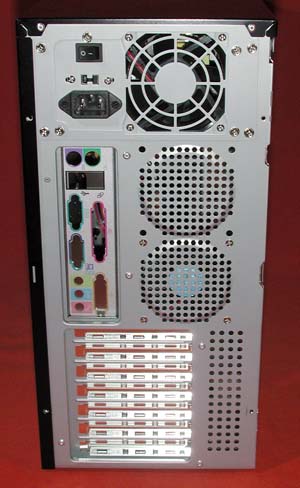 There Is No Getting Around Rambus???? I don’t know why Tom Pabst lets these guys write articles for his site. The article essentially says that RDRAM is likely to make a comeback since DDR can’t quite keep up. At the

Intel released some Penryn numbers. What do they mean? Well, most of what looks like standard app benchmarking actually is benchmarking with benchmarks souped up with SSE4 processing. Nice if you use the application and the out-in-the-wild app actually uses

An attention getter for sure, with good cooling and convenience features – Joe