In the beginning there were components! 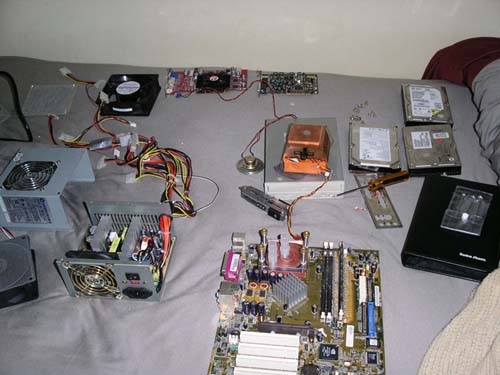 For this guide, I’ll be putting together my personal PC, which contains parts as follows:

And various other modding goodies you’ll see along the way.

When assembling a PC, It is a good idea to do any mods you want to the case before putting hardware inside it. Therefore, I did some cutting, wedging, bending, and breaking to turn this…

The top is still butt ugly, but that is getting cut out for a radiator when it comes.
{mospagebreak}

On with the building! Starting with and empty case, such as this one…

…is generally a good idea when you want to build a computer.

The little things I did to this case include:
Cutting out the front fan guard, as well as cutting and bending the metal so I could fit in a 38mm wide fan:

As well as putting in all the slot covers I would be using:

I also cut out the horribly restrictive covering on the side fan, and placed a filter on the fan:

Same with the front fan:

Isn’t that a nice picture?

I also used a PSU cover from an old power supply (with an intake fan that had died) and mounted its remains as a spacer on mine which had no intake. Here’s a picture – that probably didn’t make much sense: 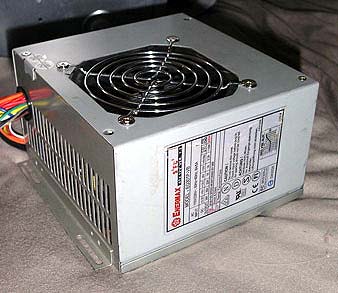 So all the basic mods are done, on with the installation. {mospagebreak}

Assemble the motherboard, while it is outside the case, put in RAM, mount the CPU and its Heatsink/Fan, then mount the motherboard in the case. Connect the cables for the front I/O (tedious)

At this point, I suggest you check jumpers on everything. Motherboard, Hard drives, etc:

When mounting drives, try to leave some space between each so sufficient airflow can take place:

At this point, it is time to start hooking things up. This can be done in one of two ways:

What did I do differently? There’s a few key secrets. Firstly, try to hide small cables behind larger cables as often as possible. Those big ATA cables are very good for that:

Also, think about what parts of your computer are visible. I currently do not have a window (part of next mod) but I do often look inside my PC, so I like it to be neat. The best way to do this is by hiding cables behind the motherboard tray: 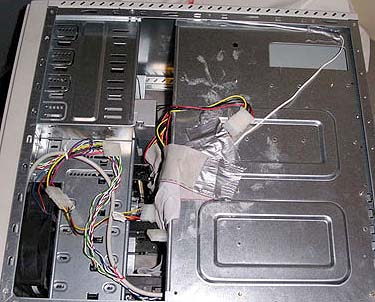 Nobody looks back here, so it is perfectly acceptable to make it as ugly as possible.

Having your cables pop out like ninjas in the darkness is an admirable trait. Though it may take a few more minutes and a little planning, cable management turns out positively in the end.

As would a little cutting and mounting:

Hey gang, you may remember me from my caffeine-induced rants, raves, and ramblings last January – I’m back home from school for the Summer and ready for a couple more months of overclocking madness. I’m currently running two x86 systems


Build Your Own Computer