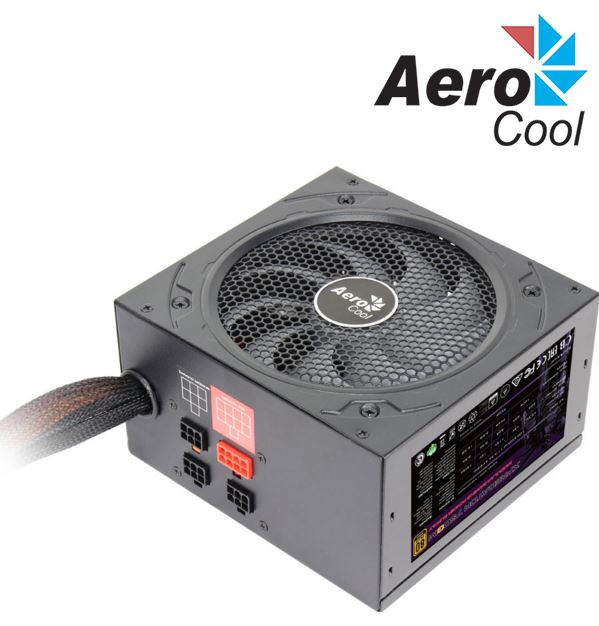 Aerocool is expanding their Xpredator line by adding four all new 80+ Gold rated semi-modular power supplies. These new high efficiency PSU’s will be available in 550W, 650W, 750W,& 1000W units. Availability will be through Aerocool’s normal e-tailers starting this week so keep an eye out for them.

Here’s what Aerocool has to say:

“Aerocool Advanced Technologies, one of world’s leading manufacturers of excellent gaming PC gear, expands its Xpredator power supply unit series by gold certified models with much higher efficiency. This new addition aims for ambitious gamers and enthusiasts, coming with total of four different models starting with 550 Watts and going up to 1.000 Watts. Aerocool’s Xpredator series is known among gamers for its aggressive design and the great value-for-money ratio. These strong points have been adapted to the power supply unit series and combined with latest high-end features.

All four Xpredator Gold Series power supply units are utilizing the user-friendly modular-design, offering removable cable straps for improved cable management. The new Xpredator Gold power supply units are 80Plus Gold certified, which means that the efficiency reaches up to 92%. Aerocool achieved this by using a single 12 Volts rail, offering high compatibility and extremely high current output. The maximum voltage deviation of the single rail is at ±3% thanks to the DC-to-DC design, which is lower than the required ±5% by Intel’s® PSU design guide. Aerocool aims to deliver high efficiency and good DC output quality with low ripple noise, in order to reduce interference of system components.

The exterior design is far from ordinary, combining futuristic elements with a slick mesh-grid and the grey axial fan. Aerocool installs a 120-millimeter fan-model in the 550GM, 650GM, 750GM models and utilizes a big 140-millimeter fan for the flag-ship 1000GM model. The built-in fan operates at really low noise levels thanks to the thermal fan speed control and the optimized curve, which keeps the fan speed below 800 (550GM), 900 (1000GM) or 1.000 RPM (650GM, 750GM) before reaching 70% output the most user loads. Xpredator Gold power supply units support both the INTEL® ATX12V v2.4 as well as EPS v2.92 standards and offer enough connectors for high-end PC components. The main 20+4P and CPU 4+4P cable straps are up to 600mm long and equipped with professional mesh-sleeves. The removable cable straps on the other hands, are utilizing black flat cables.

Another highlight is the low power consumption in standby mode thanks to the compliance to ErP Directive 2013. To ensure safe operation, all Aerocool Xpredator power supply units are equipped with protection mechanisms such as Over Voltage(OVP), Over Current Protection(OCP) for 3.3V and 5V, Over Power(OPP), Under Voltage(UVP), Short-Circuit (SCP) and Surge/Inrush Current Protections(SIP).”

Here are some of the features listed: 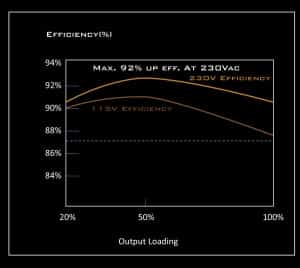 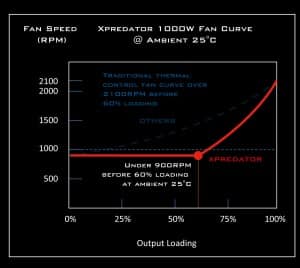 SUMMARY: Data on the go, with big bold bubble lighting The good folks at Kingwin were kind enough to send one of their External Hard Drive Enclosures to take a look at. Pictured above is a pair of Kingwin’s external

Yesterday, we covered the major financial points made at the analyst meeting. We then put high finance on the backburner since the company isn’t going to go under anytime soon, which is all most reading this are concerned about. However,

The Dr. Frankensteins of the overclocking world have a new subject to work on. It’s becoming common to seriously overvolt memory, especially in the drive to get over 166+ or indeed 200+MHz memory speed. Throwing 3 volts or more at