We heard so much about people becoming street people just to get a PS3, with YouTube video, of course, that we decided to go down to the place videoed and take a few pictures after the “frenzy.” 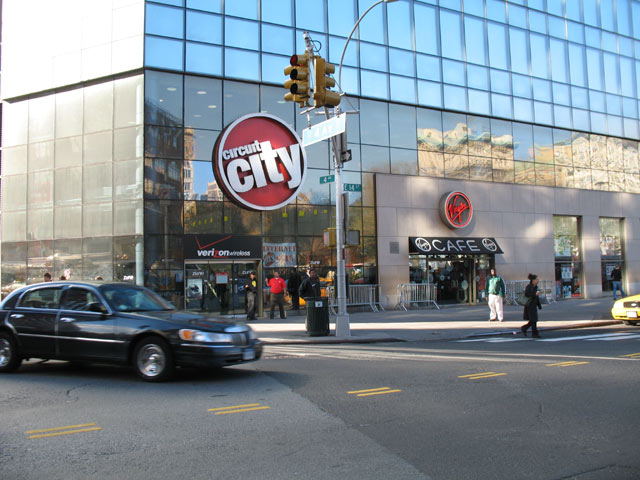 Most battlefields wish they looked this good two hours later 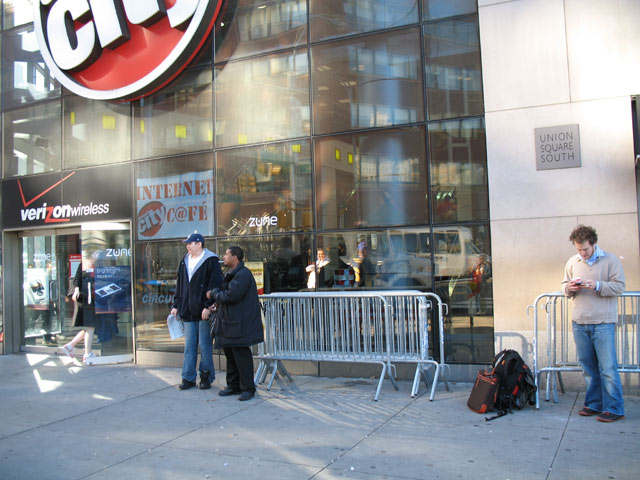 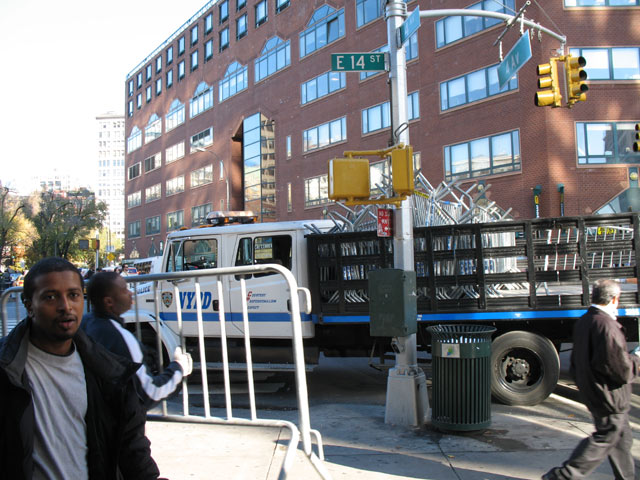 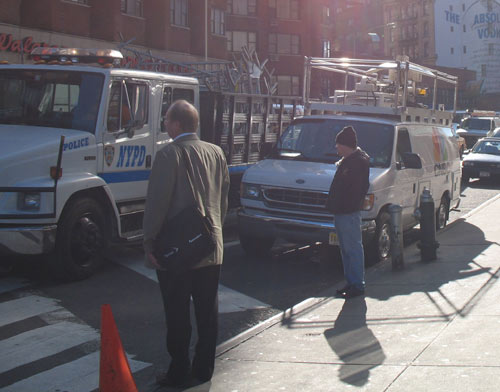 . . . who are ignoring the illegally parked CNBC truck 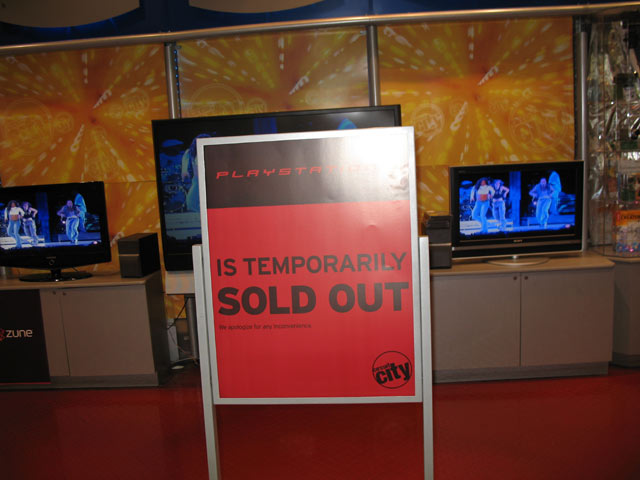 In memory of those lost during the siege

Today, I’d like to add a wish. Imagine the no-line pictures were taken two hours before the PS3 went on sale, and the barricades were being removed because they never were needed.

Imagine people saying, “We have to sit out in the cold and rain to pay an arm and a leg for something that you can’t make enough of? Later for you.”

Imagine people saying, “No, we’re not going to jump through hoops to buy the half-baked version of this.”

Imagine parents saying to their kids, “I’ll tell you when you’re going to get it, not you nor Santa nor the TV set.” Imagine the kids and post-kids finding it silly and shallow to think that things somehow make you a better person.

Imagine people saying, “This is just so uncool to do this to people.”

Imagine people saying, “I’m not going to be a tool.”

What would Sony do? What would the media do? I bet Sony would hire people to stand on line for them.

And if they did, would the media tell?

And then maybe, just maybe after that, companies would stop dissing their customers.

No, we’re not against things. Things can make your life better, but things never make you better. That’s the problem, that is what is really being sold here, and that’s what you have to resist.

The Nag Gets Out of Rehab

Bottom Lines AMD stopped neglecting the Neglected Nag, and you can’t call revision B a Neglected Nag anymore. It looks like 2.4GHz (real) is reasonably doable. A processor capable of 2.4 GHz indicates a fairly level playing field for the

Today we take an in-depth look at Silverstone’s SETA A1 Mid-tower case. The SETA A1 is advertised as a premium quality case with impressive lighting and substantial airflow. It features a steel chasis, brushed aluminum front panel, and a tempered glass side panel. It certainly has the look and feel of a quality case without being overly gaudy.

The Opteron That Is Not An Opteron

Throw Away Your RAM TechReport reports that the 940-pin “Athlon64” will require registered RAM to operate. That means your current unbuffered RAM won’t work with it. Searching in Pricewatch got one result, a Corsair 512Mb module for $137, but that