We’d first like to thank Madonion for supplying prizes for the contest. Well, the winners from our contest have been selected:

Well for those of you who did not win I am sorry, but I am sure that you are still dying to hear why these guys won (or want to kill me). First off, these three guys sent everything I requested and then some.

After I get my modification #2 ready for Soyo’s clock generator, I hope I can run 3D apps on that 940Mhz and AGP 2x.

Jarmo Pirinen hails from the wonderful land of Suomen Tasavalta (Finland for short). Jarmo is going to be receiving some shirts from Madonion and a full copy of both 3D Mark 2000 Pro and Video2000 Pro. He is also running quite a powerhouse: 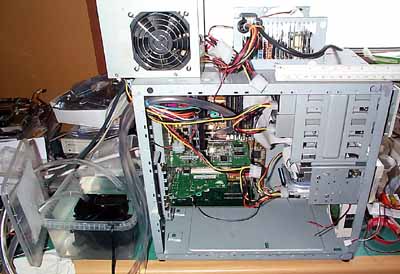 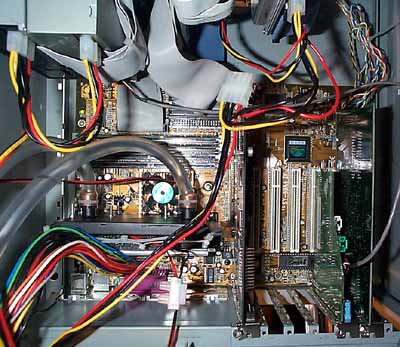 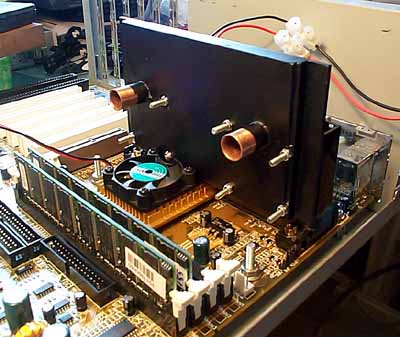 Ramil Tranquilino is yet another overclocker who does not live in the United States. He lives in the land of the Maori, New Zealand. Ramil for coming in second place has won a copy of 3D Mark 2000 Pro and also a copy of Video2000 Pro. He is also running one of the new Pentium 3s – this things really can overclock. He is also running quite a powerhouse:

His Pentium3 is running a sweet 810Mhz. I can’t wait to get my hands on a Coppermine; everyone that has come into contact with one walks away a better person. His system is running with an FSB of 162Mhz while the AGP bus is running at 108Mhz. His 3Dmark score was 5734 3D marks running at 640*480. And now for some images of his setup: 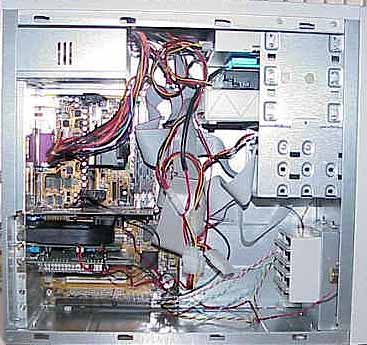 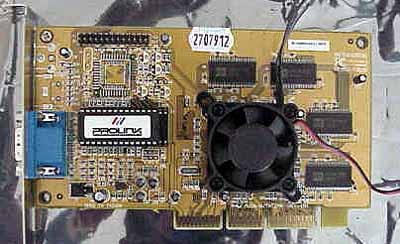 Charles Smutz, the only winner to come from the United States, dwells in the merry state of Oregon. And Charles for placing in third place will be receiving a copy of 3D Mark 2000 Pro. He was also one of very few people who entered with a Celeron. He had to jump the largest jump from a FSB of 66Mhz all the way up to 103Mhz. He is also the only person running with the AGP cache divider set to 1/1; both of the people who placed first and second were running with it set to 2/3. Lets take a look at what he is running: 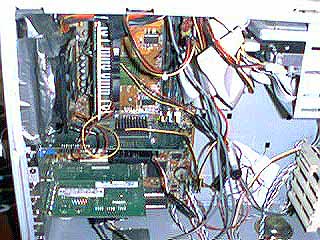 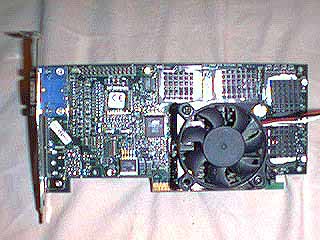 He has put a modified Pentium2 heatsink on the topside of his Voodoo3 and used the stock heatsink to help cooling the backside; he has also gone to the trouble of putting little heatsinks the card’s memory chips. His system is running with an FSB of 103Mhz with the AGP bus also set to 103Mhz. His 3Dmark score was a modest 1614 3D marks running at 1024*768.

I don’t know what it was but the people who had super high 3DMark scores didn’t have the highest FSBs. The winners came nowhere close to the highest reported 3DMark score of over 8000. Next time I may just run a contest in which the purpose is to have the highest 3Dmark score, but that will be sometime in the future. Also in the future it would be nice if entrants were to submit everything that was asked of them the first time they sent in an email. I know my explanation of the contest wasn’t very good and I am sorry for that but I tried to answer any questions that people had when they sent in emails.

Thanks again to Madonion for providing prizes to the contest winners.

Netbooks are shaping up to be a game-changing force in the PC Biz – Share your netbook experience, or thoughts on netbooks, and possibly win a Kingwin EZ-Dock.

What a Lot of Computer Makers Don’t Want You to Know: Part I — Tricks of the Trade

Overclocking is the art of getting more from less – one great example is what’s been done to the wild turkey to develop the “broad-breasted white turkey” which is on millions of American tables today.