Alphacool has just announced its newest member to the Eisblock series, the Aurora Acryl GPX-A Radeon RX 6800(XT)/6900XT Red Devil GPU water block. This full cover block is made of nickel-plated copper with an acrylic top and comes with integrated RGB LEDs. The new full cover block adds to the already impressive Eisblock line-up and is priced at a reasonable $155 (126.99 €). Complete compatibility is listed below in Alphacool’s press release.

Alphacool presents the Eisblock Aurora Acryl GPX-A block for the PowerColor Red Devil graphics cards. The blocks offer outstanding cooling performance thanks to the full cover design. The new backplate, which is included with the coolers, also contributes to this. This stabilizes the graphics card and ensures an even contact pressure of the cooler. The cold plates are made of solid nickel-plated copper. The coolers cover all relevant components such as voltage converters and the graphics memory. 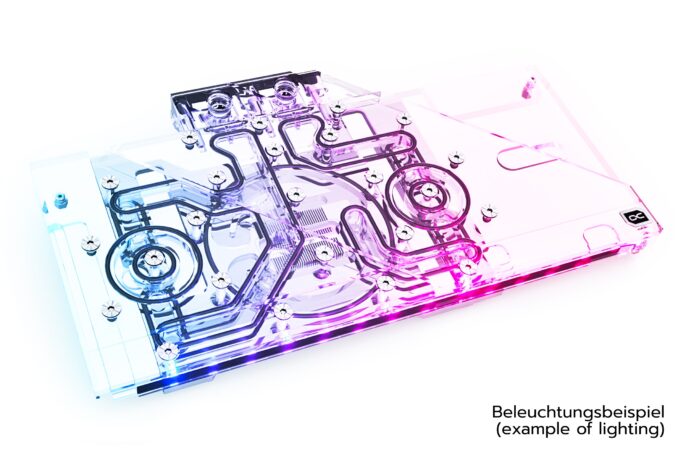 This morning, AMD released the latest version of the Radeon driver, AMD Radeon Software Adrenalin 2020 Edition 20.2.2. Read on to see what problems have been addressed with this new update and any known issues that AMD is still working through.

Guide to Delta-T in Water Cooling

A water cooled PC can generate a large amount of heat. Today, I’m going to focus on two parts of your PC: the CPU and the GPU and water cooling.

Just did a preorder for one of these. Price was not bad 136.95 including back plate. Est shipping was 2 weeks out.

Awesome. They are very nice looking blocks and Alphacool seems committed to providing blocks for all current GPUs.

Please keep us updated on how well it performs.

I'm looking at one for my card as well ..... I don't doubt the quality but I'm not as keen on the looks as with the EK Blocks but the cost difference might be the deal breaker. For an EK Block and backplate from Dazmoe I am looking at almost $400 + tax and shipping A little cheaper from Performance PC but still about $100 more than this one the only other option is Bykski right now. Corsair and Bitspower have blocks coming but I can't find one anywhere.