The AMD HD 6950 is the second best single-GPU card in the AMD graphics card lineup. It is possible to flash the card to use the 6970 BIOS, so the HD 6950 looks like it may be able to pack a punch and seriously rival its competitors.

The HD 6950 features a hefty 2 GB of GDDR5 RAM, an 800 MHz core speed and a 1250 MHz RAM speed. The 6900 series features several new features, but since these have been mentioned in depth in our launch article and review on the HD 6970, we’ve just briefly summarized them here (courtesy of AMD, from their Press Deck): 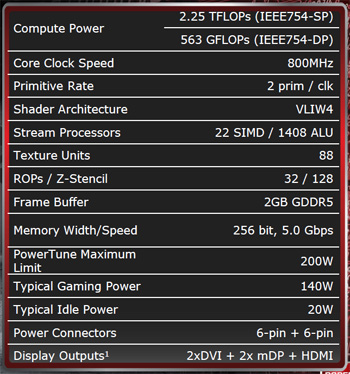 With an MSRP of $299, the HD 6950 fills a hole in the marketplace. From a price perspective, NVIDIA does not have any products that compete directly with the HD 6950. The GTX 470 is $55 less and the GTX 570 $50 more than the HD 6950. This huge $100 gap in pricing leaves the door open for AMD to exploit the mainstream gamer market. Even with strong relative price positioning, the HD 6950 still needs to perform well to be an attractive package for gamers and overclockers.

This handy slide from AMD illustrates the above point. However, it is always prudent to do a bit of your own research and take manufacturer data with a grain of salt.

Based on the price and AMD’s data, the HD 6950 ought to outperform the GTX 460 significantly. The GTX 470 comes in at $249.99 at time of writing yet is conspicuously missing from AMD’s slide. The GTX470 should be a closer competitor, but still fall short of the 6950 if the marketing speaks truth. If the results reflect these inferences, we have a solid card on our hands.

Due to the PowerTune technology the card will automatically adjust the voltages based on the GPU load, which was immediately disabled by bumping the voltage control to “+20%” in Catalyst Control Center (CCC). Even though CCC has an ATI OverDrive tab, the overclocking was limited to 840/1315 (about a 5% overclock). However, using Sapphire TRIXX this card was overclocked to 880/1380 without any issues whatsoever. This is a 10% overclock, however, bumping up either the memory or core any further let to immediate instability when running 3D benchmarks or games. Though TRIXX does provide a setting for voltage adjustment, it was locked.

Achieving a 10% gain in both the memory speed and core speed is not too shabby considering that it was done with locked voltage. With a custom BIOS or volt-mod this card should have some extra potential, especially as the card temperatures never held me back. The cooling system is the same vapor-chamber design as the 6970, and proved up to the task of  cooling this card. On the AUTO setting the fan was nearly silent, but luckily CCC allows for manual control of the fan. All of the tests were run with the fan at 50% which was fairly loud, but it certainly wasn’t annoyingly so. Turning the fant up to 100% requires some loud music or headphones to mitigate the noise. Most users will never need the 100% fan setting, but I am eager to turn the cooling system up to full blast once the card is capable of getting fed more voltage. 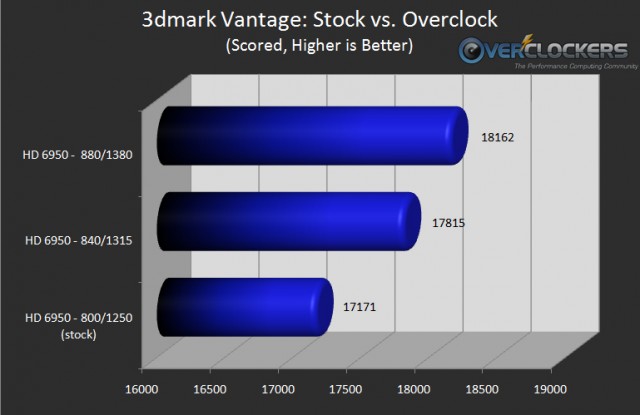 With the overclock maxed out, the HD 6950 achieved approximately 6% performance increase over the stock clocks. 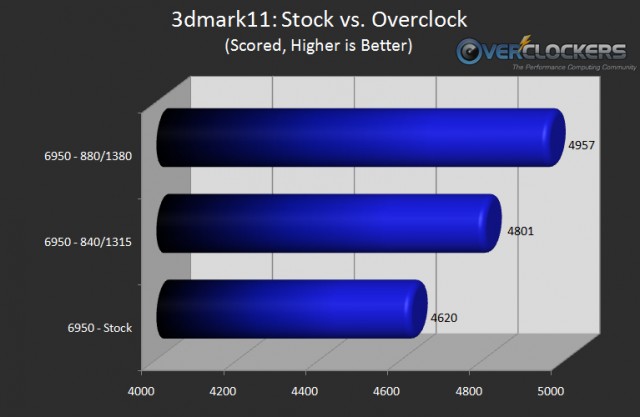 Similar to the Vantage results, the card was able to perform 7% better at its maximum overclock. The performance scales pretty linearly with core and memory speeds, especially for the more demanding 3DMark11. 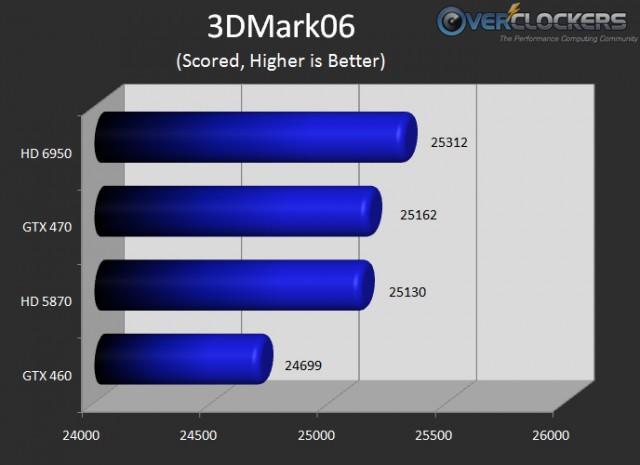 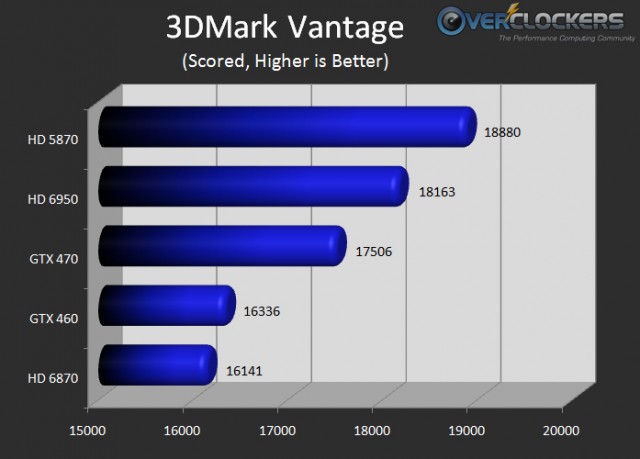 Unfortunately, there were not enough submissions on hwbot.org to support my above guidelines for the GTX 570. However, by eliminating the CPU guidelines, I managed to do a piecemeal comparison of the HD 6950 and GTX 570. I averaged out thirteen results based on my guidelines (except restricting it to i5 CPUs) and got a Vantage score of 20922, a 2759 difference from the top HD 6950 score. This accounts for a 15% performance dip between the HD 6950 and GTX 570, but considering the 17% difference in price, this is a pretty reasonable disparity. The GTX 570 is intended to be a direct competitor to the HD 6970, rather than the HD 6950.

After seeing what the card could do at stock, it was time to take the HD 6950 to the next level by flashing it to the 6970 BIOS. For more information on how to do this, see techPowerUp.com’s excellent article. Using their simple tutorial, this $299.99 piece of hardware became equivalent to a $369.99 GPU in less than five minutes. Unlocking the extra shaders and setting 6970 stock speeds allowed for a solid 9% performance boost from stock HD 6950 Vantage scores. The BIOS also yields more overclocking headroom, presumably because of additional stock voltage. 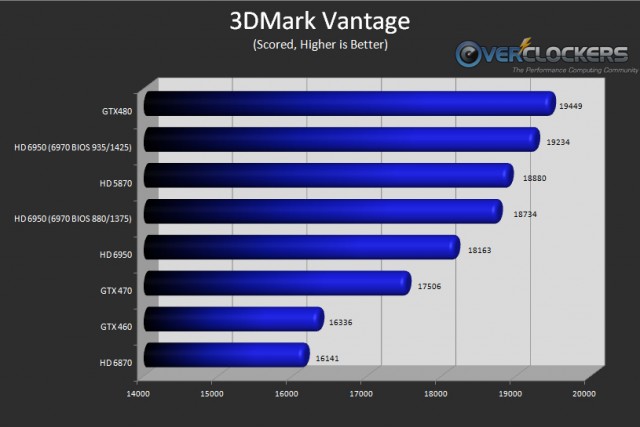 Value wise it is difficult to match the 6950, considering for $300 you are essentially getting a $370 card. From the chart above, it is clear that the 6950 provides superior performance per dollar when compared with the GTX 480, about 30% better value to be exact.

Ultimately, this card has a ton of potential:  the possibility of major overclocking with the new high-tech cooling system (assuming voltage modifications or unlocking is possible), the potential to outperform competitors in the same or even a higher pricing bracket and of course the possibility to be a BOINT machine. At just $300, this card packs a major punch considering it can be unlocked to a 6970 with ease.  When battling head to head, this card outperforms the GTX 470 with similar overclocks, exactly what AMD described in the press deck. Overall this card definitely lives up to expectations and should be high on any overclocker’s wish list.

It will be interesting what this card is capable of in a CrossFire configuration. This new line from AMD is said to scale near 90%, and I can’t wait to see the results. Stay tuned for my follow up article. 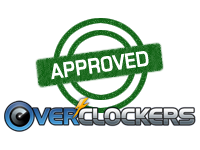