While most of our counterparts released AMD Radeon HD 6870 and 6850 reviews at 10 p.m. EST this evening, one website just could not wait a second longer and published earlier today. Now that the official release date has arrived, reviews are cropping up all over the internet. Unfortunately, Overclockers.com’s sample is still in the mail, but stay tuned for our review coming soon. To tide you over, I.M.O.G. shared what he learned about the new architecture at AMD’s release party in Los Angeles last week: Official AMD Radeon HD 6850/6870 Performance Specs Released. 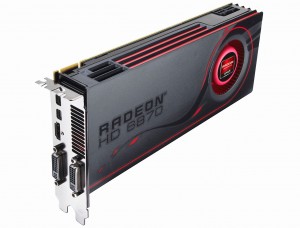 After reading several reviews, it appears as though the 6800 series does not provide a major performance boost over its 5800 series predecessors. The consensus seems to be a more efficient, cost-effective option providing a moderate increase in performance in some applications/games.

How do these cards perform? Are their significant enhancements in image quality? How do these stack up to NVIDIA offerings? Once Overclockers.com gets our hands on a review sample, we will have more concrete answers to these questions. For now, check out some reviews from around the internet:

“The Radeon HD 6800-series didn’t bring a drastic change to the GPU market like the HD 5800 series did; the architectures are just too similar for anything like that to have happened.  AMD should be proud of the release though and now that they finally have a solid answer to the $200 question, I am sure product managers there will sleep better at night.”

“One word aptly describes AMD’s latest Radeon HD 6800 series GPUs: Refinement. AMD’s goal was to drive cost and power consumption out of their architecture, along with enhancing its capabilities, features and image quality in next-generation DX11 gaming engines. To that end we’d say the company has succeeded masterfully.”

More reviews will be published over the next few days, including one right here at Overclockers.com.

Update 10/22/10 9AM: JMKE from madshrimps.be has a more complete roundup prepared this morning. If looking for more, refer to his links in the comments below or head over to their madshrimps.be roundup article.