AMD has scheduled the digital launch of its 3rd Generation EPYC processors for March 15th, 2021. EPYC is AMD’s Server and Datacenter grade processor and is utilized for cloud management, database analytics, virtualization, and many other services. The 3rd Gen EPYC, code-named Milan, will be based on the Zen 3 architecture and feature up to 64 cores, 7nm process node, and 280W TDP.

The launch will be accessible on the 3rd Gen AMD EPYC launch site starting at 8 a.m. PT/11 a.m. ET. A replay of the webcast can be accessed after the conclusion of the live stream event and will be available for one year after the event. 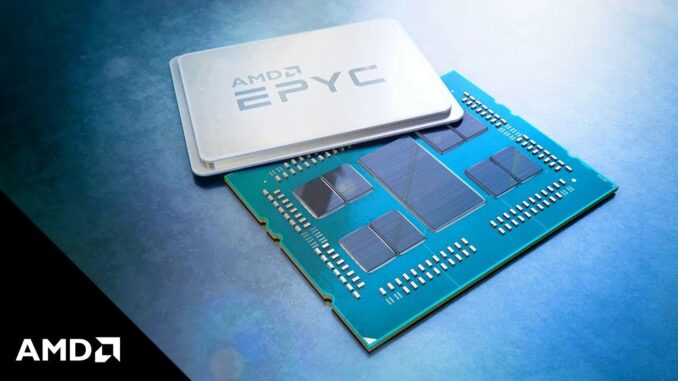 For more than 50 years AMD has driven innovation in high-performance computing, graphics and visualization technologies ― the building blocks for gaming, immersive platforms and the data center. Hundreds of millions of consumers, leading Fortune 500 businesses and cutting-edge scientific research facilities around the world rely on AMD technology daily to improve how they live, work and play. AMD employees around the world are focused on building great products that push the boundaries of what is possible. For more information about how AMD is enabling today and inspiring tomorrow, visit the AMD (NASDAQ: AMD) website, blog, Facebook and Twitter pages.

Today from Alphacool we get the chance to look at a very new product to the market, the Eiswand. This is a standalone watercooling kit with everything you need to get started! This kit is even friendly to those with small factor cases, as the radiator/pump/reservoir are all external and contained in one housing. Enough banter, let’s dig in and take a look at this kit!

Scythe remains a household name in the air cooling segment of PC hardware due to their well-received heatsinks and fans over the years. Today, we have Scythe’s Big Shuriken 3 which is a low profile cooler aimed at small form factor (SFF) builds and touts a “zero interference” claim for motherboard and RAM. Let’s see how well it holds up against a test bed full of tower heatsinks and all-in-one liquid coolers.