Someone sent me this graph, which apparently comes from this website: 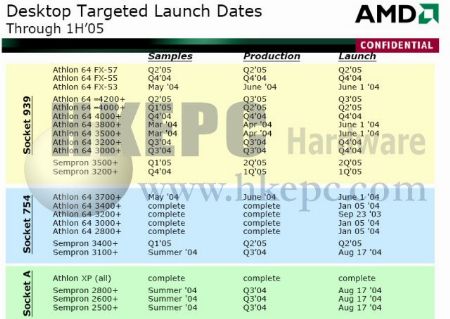 (Normally, I would link directly to the file, but this website is in Chinese, and I haven’t been able to find it on the site itself. I’ll be glad to do so if
someone else can find it. The website also has an advance review with benchmarks for Sempron socket A and 754 processors, so please take a look at that.)

There are three items to note here:

When is a virus not a virus? When it’s part of a marketing campaign. Essentially, some electronic greeting card company offers you a card, but to see it, you click off on a EULA and essentially agree to spam all

A little while back, we asked members of the audience to relay their experiences, about a particular product. We rather liked what we got, so now we’re going to expand this a bit. This time around, we’re going to ask

Digit-Life has a news item news item which points out that nVidia will release an nForce chipset without the GF2MX integrated video. While this will certainly help reduce the pretty outrageous cost of this, it still faces two problems. The