WARNING: You are literally trying to deliberately shortcircuit parts of your CPU by doing this. If you end up shortcircuiting all of it, that’s your responsibility, not ours.

Electric engravers, grinding wheels, diamond-coated burrs, etc, have been used to successfully cut Athlon bridges. These techniques have never been easy, have almost always resulted in some cosmetic damage, and the tools required may not be available to some.

The idea of blowing the bridges by shorting them out has been floating around the web for a long time. Only until recently have I mustered enough courage to try it for myself.

In order to blow an L3 or L4 bridge, current is passed through the blue dots. The potential danger is when current flows from the blue dot down the 1K resistor to Vss/Vcc, through the signal bus, and back to the other blue dot.

I have found the resistance between points A and B above (on a cut bridge) to be 2K ohms, which suggests that there is a route though Vss/Vcc to the signal bus. Nevertheless, I was able to blow the bridge safely, so this shouldn’t be an issue.

Blowing the L6 bridges is much safer:

Current is passed through the blue dots. Once the CPU is removed from the socket, the CPU pin is open, thus current will pass though, and only though the L6 bridge.

Current is delivered though the bridges by means of sewing needles or pins connected to a 5VDC source such as a computer power supply: 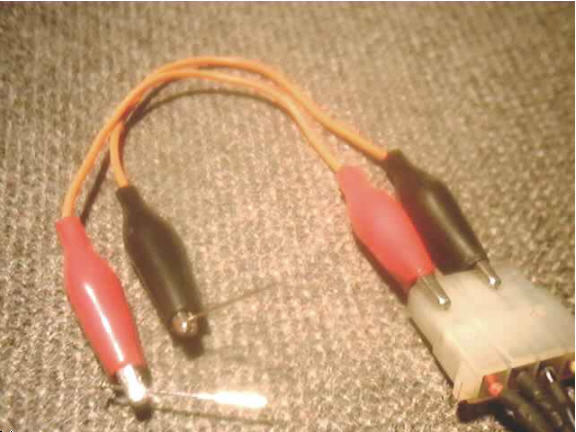 The pin tips are touched at both ends of the bridge to be blown, as illustrated by the blue lines: 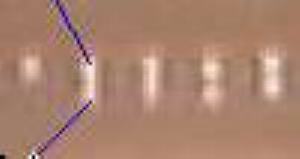 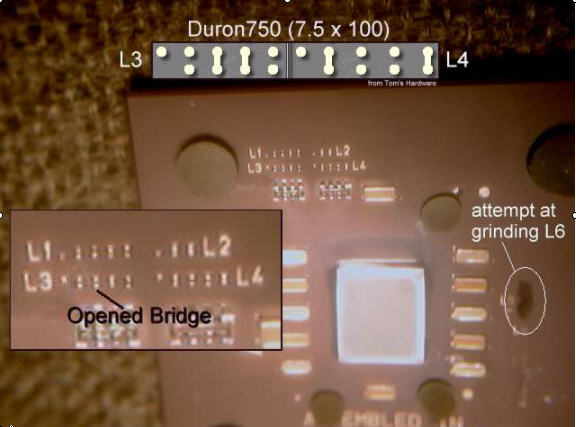 The second L3 bridge was opened, and the first one penciled to obtain a 7.0x multiplier. This allowed the CPU to boot up with a 133MHz FSB giving me a 933MHz clockspeed (the CPU is unable to boot at 7.5 x 133).

Any multiplier can be obtained by selectively blowing and pencilling the appropriate bridges. This is very useful for mobos without multiplier adjustment.

Bridge blowing can also be used to solve the “cold boot” problem running high-speed 100Mhz Athlons at 133Mhz on those boards where the machine starts at default multiplier X 133Mhz.

If you have any questions, please see my website.

The Court Decided, Not the Media You can’t report court cases like sports scores, especially cases like this one. The decision is 125 pages long. You can’t read, much less comprehend, something like that in three minutes or less, but

Ever wonder why, every once in a while, some strange people come out and claim Macintoshes are two or three or more times faster than your PC. No, it’s not a full moon, it’s just MacWorld. This time around, it

Intel has said that they’ll have a 3.2GHz Conroe Extreme Edition out by the end of the year. Not that anybody reading this will (or ought to) buy one, but the emergence of one is probably good news for anyone