Summary: A “fan-booster” can add to cooling hot laptop CPUs.

In my quest to improve laptop cooling, I’ve tried three things on the Asus Z71A:

All things considered, if you better mate the CPU to the heatsink used, you should see some improvement due to a better contact patch. To try this out, I used a mild polishing compound between the heatsink and CPU and, for about 30 minutes, moved the CPU in one direction only against the heatsink base. The results:

The CPU polishing marks are accentuated by the angle I used to capture the image. Note the edges of the CPU – spending more time I could have eliminated these spots, but enough already.

The base also shows the contact patch for the CPU.

Results were mixed – I did not get a consistently better temp reading, but the temp jumped around more than before; I would guess that it resulted in at best a 1ºC better performance.

The next thing I tried was Bryan’s heatpipe gap filling idea. Results:

I used thermal epoxy. In my case, while running Prime 95 I could not detect a significant difference – doesn’t hurt to try.

The third thing I tried was something I’ve been thinking about for a while – why not boost the air flow through the heatsink by adding a “booster fan”. I fashioned a fan box for a 120 mm fan (Sunon KDE1212PTS3-6A; 2300 rpm, 67 cfm, 35 dBA) – I used a 120 because it’s quieter than anything smaller, and I did not want a solution that was noisy. The 120 was noticeable but not “busy” – with the radio on, it was barely noticeable.

I made the fan box out of foam packing material – it was fairly easy to construct and had the added benefit of muffling noise. 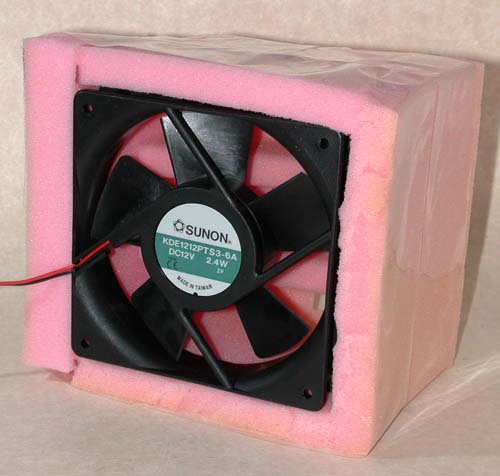 I just slip-fit the fan to the box. I left a small hole in the front 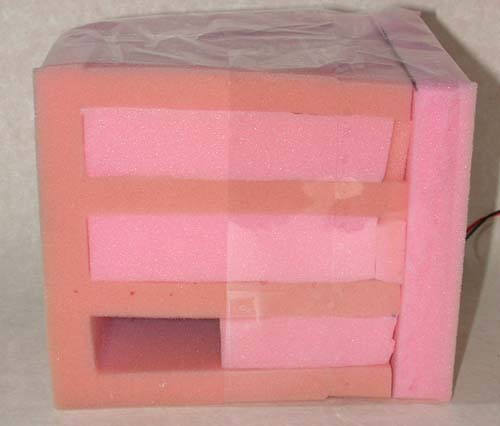 which buts up to the heatsink fan’s exhaust port on the back of the laptop: 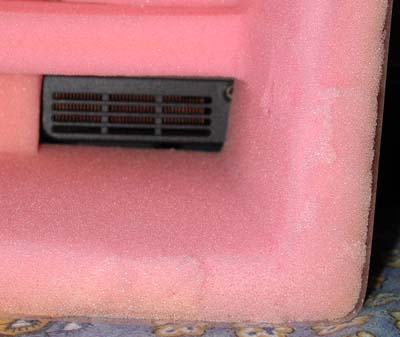 I did see a very tangible impact with the booster in place: 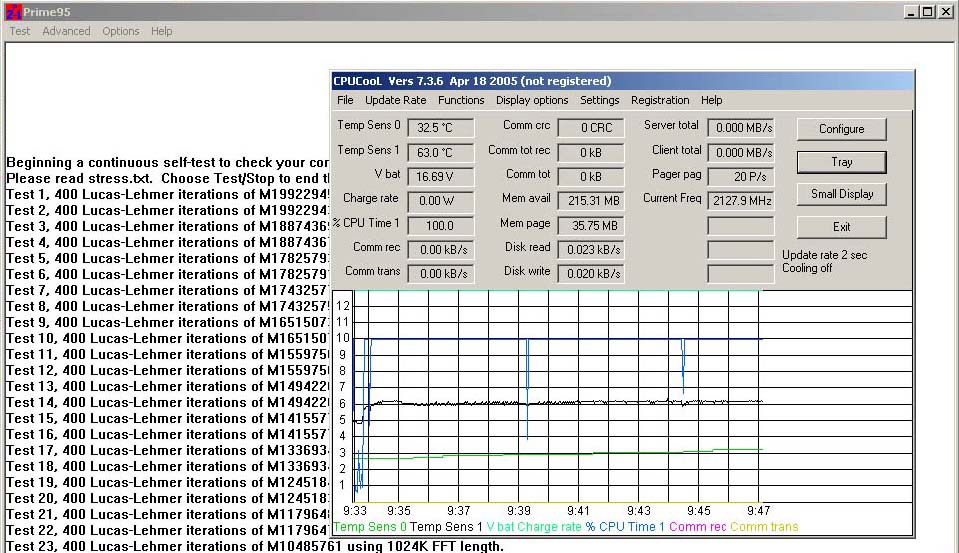 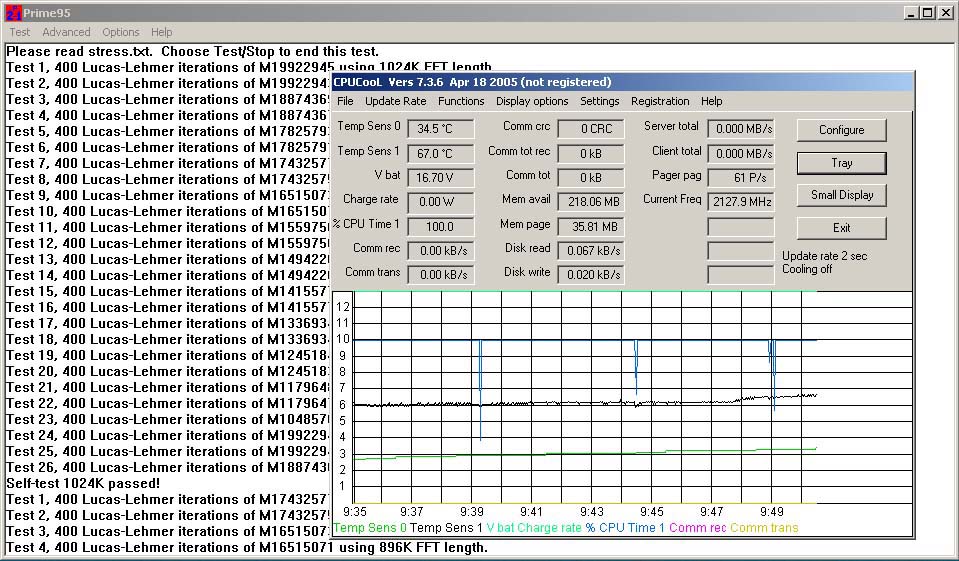 Of all the methods tried, clearly the best was increasing air flow through the heatsink – no real surprise here, although a 4ºC improvement is hardly earth shaking. Improving contact between the CPU and heatsink, in this case, was marginally better at best, although more tangible improvements may be possible in situation where the fit is worse than seen in the Asus Z71A.

What I did not try, which might yield tangible results, is leaving the back open and building a heavy duty laptop cooler using a 120 mm fan or two to really vent the motherboard. A future project…

Of all the approaches I tried, the absolute best approach was water cooling using the KingWin AquaStar AS-3000 watercooling kit (a 23ºC improvement). While not a portable solution by any means, it looks like the most effective approach (again – no surprise).

SUMMARY: Very good choice for CPU cooling with moderate power waterpumps. Silverprop was nice enough to send a Cyclone Evolutions V2.0 waterblock to test. The Cyclone EvolutionS features ½” integrated hose fittings with only one seal between the top &

You know, you’d think Intel would be hellbent on cutting out the old stuff and ramping up the new stuff as fast as possible. That isn’t happening. Right now, the projections on the cavalry desktop C2Ds looks like this: 3Q:

The Real World: Another view of file sharing, the recording industry, and the online community

For a long time on overclockers.com, only one voice has managed raise itself above the furore regarding the ongoing battle between the recording industry and the online community. Here’s another one. The aim of this article is to raise the