Well, Apple came out with its threatened updatebreak, and not only does it render an unlocked iPhone inoperative; it renders practically any third-party software you may have installed on your iPhone, locked or not, inoperative.

(There’s some progress being made in restoring iPhones to at least partial service, Gizmodo seems to be most on top of this story.

Imagine a Windows Update that broke every non-Microsoft application and game on your machine.

Imagine if a song you bought from a music service rendered every other song not obtained from that service inoperative.

Would you like that? I think not. I think hell not. But that’s what Apple just did.

Apple’s attitude is essentially “Well, if we didn’t authorize it, it shouldn’t be there” and given that they have not released a software developer’s kit for it, with some minor exceptions (i.e. Safari addons), pretty much anything unApple is unwanted.

This is like the pre-Intel Mac. No, this is worse than the old Mac. Not that the Mac was any great success story; it never constituted more than about 11% of personal computer sales at best, and the average over the last decade has been more like 3%.

Imagine, though, how much worse sales would have been if Apple had said “No” to Adobe and Photoshop, and “No” to MS and Office, and “No” to anybody else who had the audacity to write a Mac program.

Do you think the history of the PC would be a bit different if MS had said twenty years ago, “Only Microsoft programs can use DOS?” If they had, we’d all be using OS/8 today.

I do have to ask those who are engaged in a scorched-earth defense of what Apple is doing, remember this little commercial? I’m sure you don’t want to, but we insist.

You are now the blank-faced, slack-jawed zombies entranced by the Leader. You are now the stormtroopers running down the messenger of freedom? Or have you been so brainwashed, numbed and borged by the Tyrant to even notice that that’s what you’ve become? Maybe this newer video will help you see the light.

And last, but not least, your attempt to redefine “hack” as not only an unlock, but also what would be a legitimate, useful software program anywhere else, and your claim “we break nothing unless we do it deliberately” is pure Orwellian Newspeak.

Then aqain, any company whose Leader denounces DRM for other people while redefining the term for his own equipment has . . . issues.

No, Apple, it’s not 1984 anymore; it’s 2007, and your approach sticks out like North Korea and Kim Jong-il. Juche went out of style a long time ago in the technical area, we thought even you had realized that.

Yes, the zombies and stormtroopers will argue that Apple has the right to do this. I think a few courts will eventually decide that, but that won’t happen for years. Some places may pass some legislation curtailing Apple’s self-perceived rights, but again, that would take time.

Some of the zombies and stormtroopers say something else, essentially “If you don’t like the regime, don’t buy from it.”

Really, would you knowingly buy anything from North Korea? Odds are you wouldn’t, simply because you don’t want to help out that nuke-loving kook in Pyongyang.

So why treat Kim Jobs-Il in Cupertino and his North Koreans of consumer electronics any differently when they start nuking equipment and software installations? Don’t buy from them, do it loudly, and keep your friends and associates from doing so.

What’s In It For Me?

In all honesty, most of those reading this probably aren’t in the market for an iPhone, and wonder what the fuss is all about.

The reason why you should care is that this is more than just a phone. It’s a proprietary philosophy that harks back to 1984 and before, and if Apple gets away with it, others could follow.

I’ll put another way, if you love Linux and hate MS for being MS, you should scream your tonsils out about this.

Apple is also vulnerable. They didn’t cut the price because sales were booming. They obviously want huge sales for Christmas to establish the iPhone as the standard for smartphones, a lot of Apple’s currently bloated stock price is an anticipation of that happening.

If that emerging smartphone standard is strictly proprietary, it becomes more likely others will do the same, or otherwise claim outrageous “rights.” Like AT&T, for instance.

We should not encourage that by buying Apple products. Instead, we should encourage this kind of thinking (from MacRumors forums via Gizmodo): 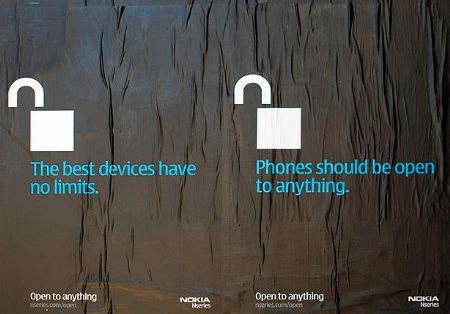 There’s a new Intel ghost CPU out there. If you don’t know what I mean by that, a ghost piece of equipment is the opposite of vaporware. Instead of existing only on paper, ghost products exist everywhere but on paper.

Some one pointed out to me that someone is claiming that a particular Hammer benchmark shows a tremendous improvement over a PIV. You can see the statement here. Before the fanatics go either into orgasm or the cyanide store, it

We haven’t spoken on video cards for a while, so it’s time for an update. XBitLabs reported the other day that video cards significantly better than those available today won’t be around until next year. They also did a very