I hate noise. I absolutely hate it!

Just recently, I built my first PC and, after checking the forums on what heatsink and fan I should get, I decided to choose a SK6 w/ a 50CFM Delta. Having only a Dell (dude!) before, I did not know about loud fan noise. So, you can imagine my astonishment when, for the first time, I powered on my PC and heard the loudness of this fan. It literally sounded like a jet engine!

After that, I returned the heatsink and fan and decided to go and buy a Alpha Pal 8045 w/ a 50CFM Sunon. After installing it, I realized that the sound was a very bearable level. I did not even notice the sound when I was using my PC. However, trying to sleep with the PC in the same room was a completely different story.

Many nights I spent staring up at the ceiling while trying to do all night downloads, not being able to sleep because of the noise. I knew that I had to do something. Because of this, I paid $70 for this stuff that is called magic fleece foam. However, it did not really do that much after applying it all over my case, the reason being is that I had too many intake and exhaust fan holes in my case.

That is why I came up with a nifty little device that I call a PC Muffler.

The whole purpose of a muffler is to do just that, muffle the sound that comes out of your PC at any of the intake/exhaust fans. It is done by using something resembling an exhaust fan duct; however, on the inside of it there is foam to cancel the noise created by the openings in the computer. 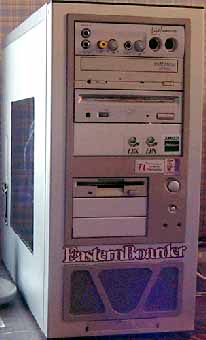 On my case (Lian-Li PC68), I have two exhaust holes (one top 92mm blowhole and one PSU fan), two intake fans on the front of the case and one 80mm intake over the graphics card.

Now, before you start building your own mufflers, let me warn you extreme overclockers running at 1.95+ vcore – It DOES cause your temps to go up. Both your case temp and your CPU temp. My load temps raised from 43C 100% Full load (after 2 hours) to 47C (running at 1.85vcore) and my case temps rose from 26C to 30C.

For me, this was not a real big deal since I was only going to be using it at night, when the PC was basically idle (it might be downloading some stuff but nothing CPU intensive at all).

In order to make a muffler you need the following things:

Now, I really can’t go and give complete instructions on how to make every cut for your computer. However, I drew some diagrams (sorry for the quality – as you can tell, I am not the best with Photoshop) in order to get you started. I also have some pics of the two mufflers I currently use everynight.

The exhaust fan muffler should look something like a chimney on a house. The bottom opening that you stick on top of the fan should be the size of the blowhole you are going to be using it on (usually 92mm or 120mm). You should cut pieces of cardboard up to somewhat resemble that. Remember, the thicker the cardboard you use, the better it will be at reducing noise. Below is a side view.

As you can see, the exhaust one is not too difficult. It took me around 30 minutes to build it. After you are done, get some type of adhesive and put whatever noise dampening material inside it. Below are some pictures of my exhaust muffler: 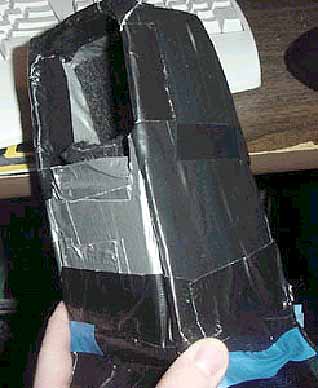 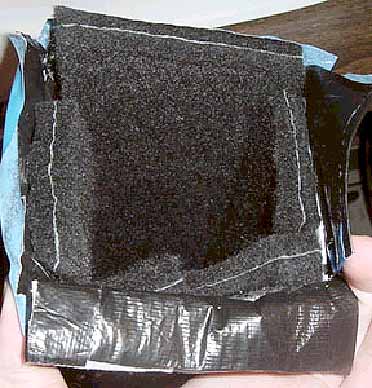 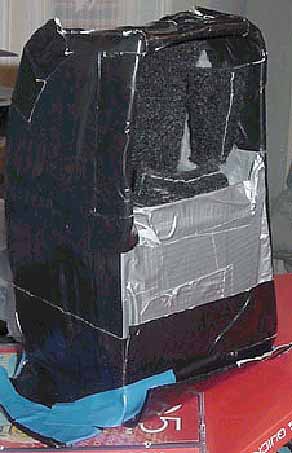 The intake fan was a little bit harder to build. It is highly recommended that you use thick cardboard here, because if you use the flimsy stuff (like you find in shoe boxes) it will make it hard to stand upright. For the intake, what you are essentially making is a box that sits right up next to your intake fan. There’s an opening for the fan to get outside air and another one for the actual fan. Here are a few diagrams:

As you can see, this one will be much harder to build than the exhaust and took me a lot of duct tape just to hold the thing together. The black hole on the diagram is the side you put up against your case and the flap all the way on the left is where the outside air gets sucked in from.

Here is another view of it where you can get a better idea of what it looks like. The height of the right side should be up to the top of the fan grill on the intake fan. Below are some pics of mine.

Here is a front view… the opening you see is 80mm 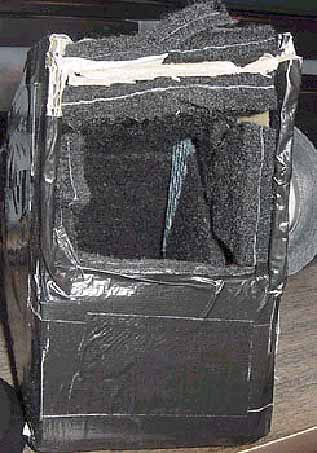 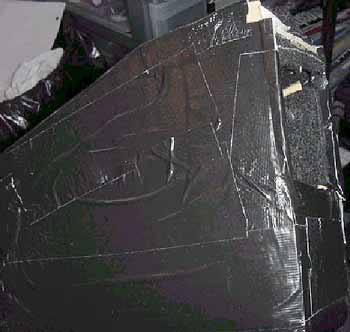 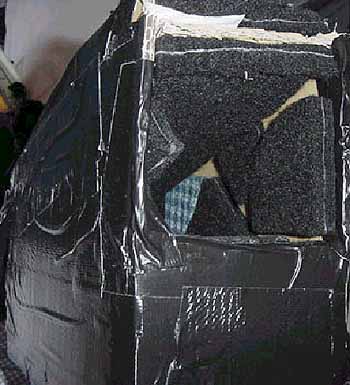 That is the front intake opening being held up. 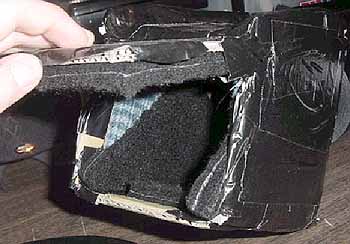 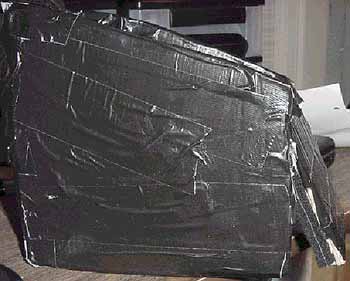 Finally here is the computer with both of the mufflers on it: 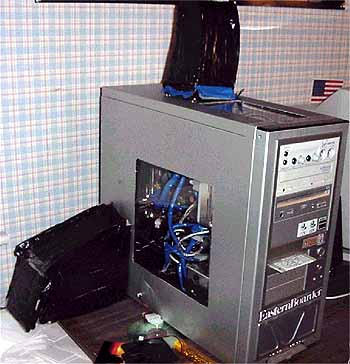 Just so you can see the difference of what the computer sounds like with and without the mufflers on, I have recorded four sound files which you can download:

As you can hear, there is a big difference. While it is not to greatly expressed in the mp3’s, the one with the muffler on is much more soothing to the ears.

UPDATE 5/4/99: Fans are coming in tomorrow and more ALPHAs by Friday so things are looking OK. I found two sites that have details about mounting the ALPHA P125s so please link to them for illustrated instructions: John Bogush’s Celeron

Something To Be Thankful For

Tomorrow will be the U.S. holiday called Thanksgiving.

A few months ago, AMD said it was going to standardize on one socket, called M2, for the desktop. Opterons were going to get a different socket, called F. It had a lot more pins, and nobody knew exactly why.