I have been running my own company for over 6 years. For six years prior to that I was repairing computers for major corporations like Intel and some government agencies locally here in Arizona.

Added up, that’s 12 years of fixing, repairing and upgrading PCs, and in that time I have never seen a leaking capacitor on a board. Ever.

Now, since January, customers are coming in with their machines, and about 10% of the time, the problem is . . . leaking capacitors. Not just Abit boards. Microstar, Asus, Gigabyte and PC Chips boards, too.

I am desperately trying to find a common dominator. It just seems very bizarre to me that this has suddenly popped up when I have never seen it EVER in the last 11 years.

No one seems to have any explanation for this, but one thing is for sure, the capacitors are critical to the proper operation of the PC. We had one PC that would lock up when you tried to save BIOS settings and would never boot right, another one that would reboot intermittently for no apparent reason… all with leaking caps.

Am I the only person seeing boards across the board from all different manufacturers having this problem, or are there other people and especially repair shops seeing this, too?

No one seems interested in publishing such a thing because they don’t think it happens that often. Let’s see if it is.

I would highly encourage all readers to open their cases and visually inspect the groups of large capacitors on their boards for leakage, even if they are not yet experiencing any problems. We know Abit had a problem; we need to get a better idea of how many people with other types of motherboards this is affecting.

You are welcome to send me digital photos of bad boards (or at least tell me that they were affected by this problem and the board model and manufacturer) so I can collect them and try to find a common denominator among them.

Here’s some of mine: 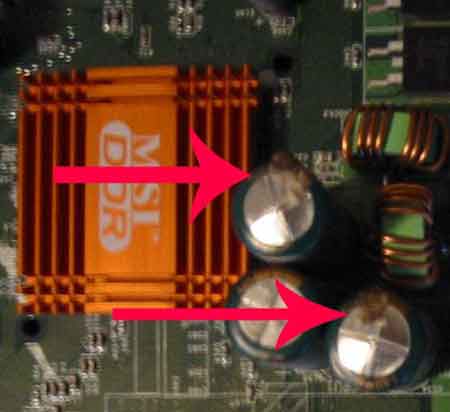 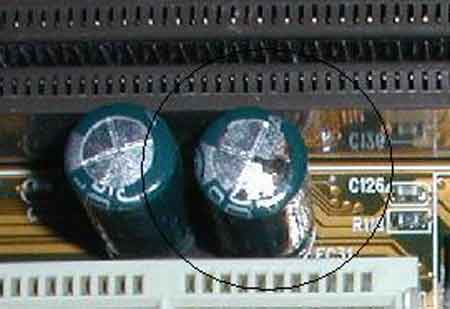 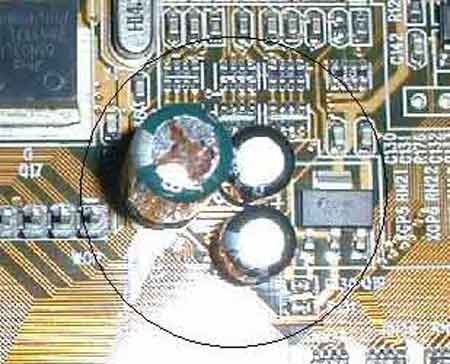 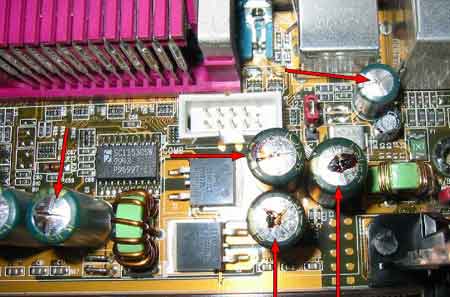 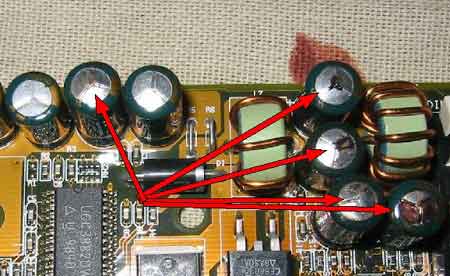 Let’s think a little outside the box (overclocked or not) today.

A personal account of being in Manhattan September 11.–Glen Slater

You Thought he RIAA Was Bad? The MPAA Is Worse!

The RIAA is trying to stem the digital music tide – the MPAA is doing the same for movies.