CCleaner is one freeware utility that should be on your PC to keep it running smoothly.

One aspect of Windows we can all agree upon is that it is a messy OS – it does not do a good job of cleaning up after itself. As you use your PC, adding and deleting files and programs leaves a lot of broken links in the registry. In other areas, such a for Internet Explorer, the number of lingering files that are no longer necessary can mount up quickly. These and other guys that are non-productively hanging around Windows exact a performance toll.

I have used a number of commercial (re: Pay) clean-up utilities, such as Norton Utilities, to keep things on an even keel. However there is no reason to pay for a good clean-up utility when you have CCleaner ( http://www.ccleaner.com ), a quality freeware app.

The opening screen pretty much tells the whole story as to what’s covered: 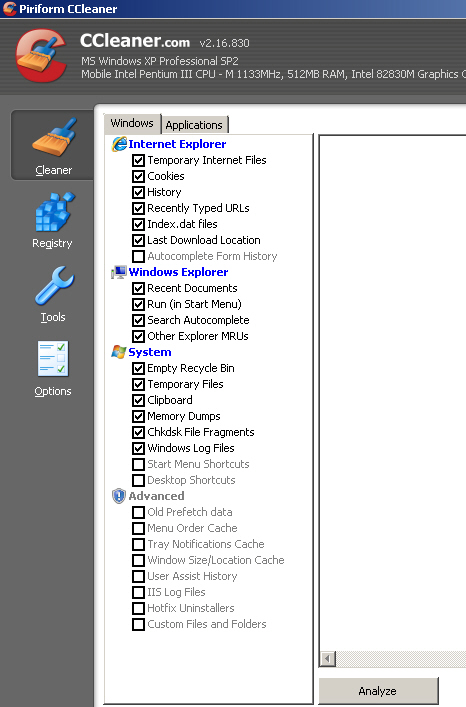 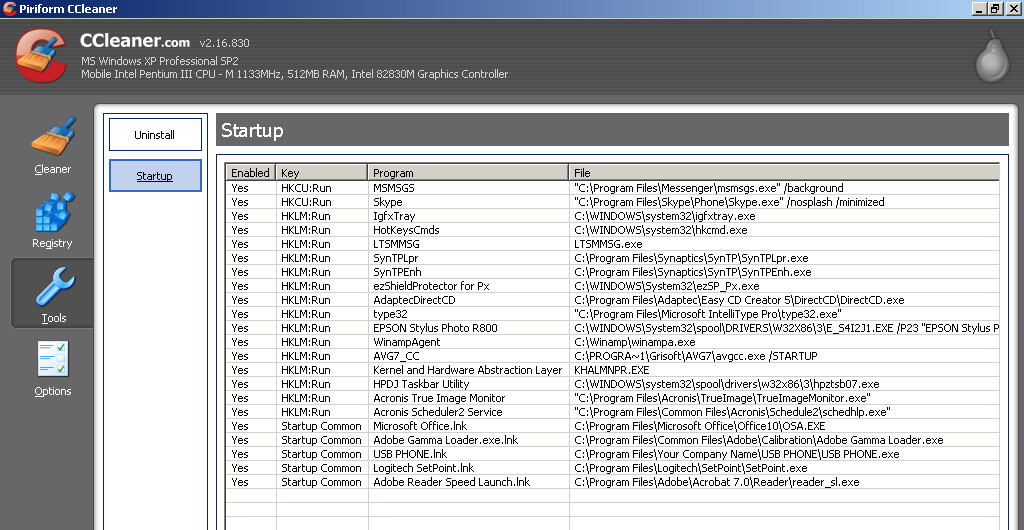 The Options that you can set are extensive and cover key areas impacting your system’s performance: 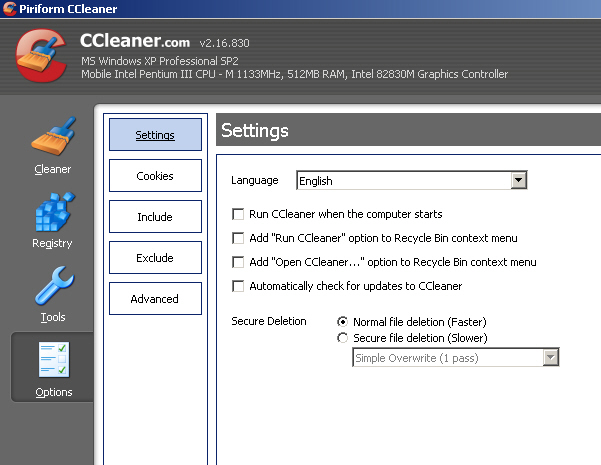 I think one area where CCleaner shines is keeping Windows Registry in tune. If anything will slow a Windows PC down, it’s a messy Registry. It does no take much to fill it with lots of broken links – a consequence of doing normal things with your PC, such as adding and deleting files, programs, etc. I used this on my wife’s laptop and was stunned to see something like 1600 entries in the Registry to be fixed – 1600!

You have the option of going through the list and selecting which to fix, which not, but I’m not about to spend a couple of hours on that. You have the option to back up the Registry (HIGHLY recommended) and then let CCleaner fix everything. This is what I did and on the next reboot, I cut the time to get to the desktop in half! 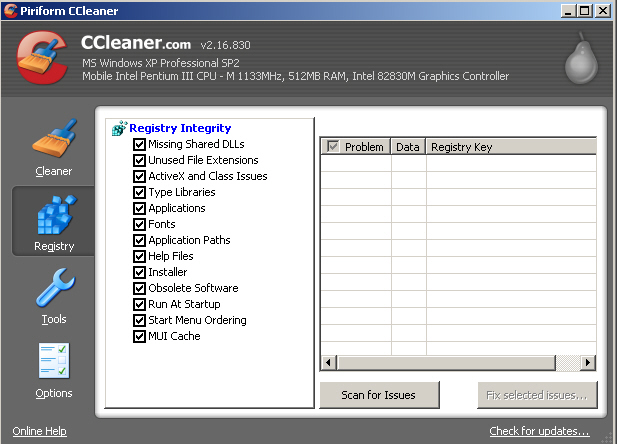 Overall this is the one utility that should keep things humming for your PC. CCleaner has been around for some time and is actively maintained, something you don’t always see with freeware. Definitely worth a try.

A great marketing move by Microsoft.