Our first meeting at this year’s CES 2020 was with our friends at be quiet! The German-based company flew out and showed off a few new products including a high-end, high-powered Dark Power Pro 12 power supply, two new tower coolers (Pure Rock 2, Shadow Rock 3), and the updated Pure Base 500 DX case.

The new Dark Power Pro 12 power supply are all digital, Titanium rated units available in 1200 and 1500 W configurations. Internally be quiet! boasts near wire internals as well as a frameless fan. Wires are individually braided and include combs for a more organized look. The power supply is able to switch to an ‘overclocking mode’ via expansion port mounted switch, turns the multi-rail power to large single rails (disables the OCP on each rail). The new units are set to launch in February with the 1200W priced at $399 and $499 respectively.

The new Pure Rock 2 is an entry-level tower cooler updated from the original version, now including four direct contact heat pipes with a TDP of around 130W. It will come in two colors, either black or silver priced at $45 (black) or $40 (silver) and available in April.

The Shadow Rock 3 now includes five 6mm direct touch heat pipes and brings with it an asymmetric design which gives more RAM clearance by not extending out above them. The Shadow Rock 3 has a solid 190W TDP and should be able to keep most processors running cool. Like the Pure Rock 2, the Shadow Rock 3 will be available in April and priced at about $55. 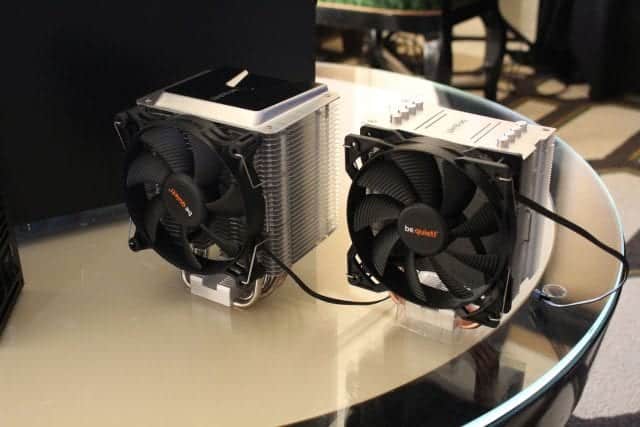 Last but not least, be quiet took the Pure Base 500 and updated it to the Pure Base 500 DX. The new case now features a large front panel made out of mesh which significantly increases airflow and as well as an updated IO panel to now include a USB 3.1 Gen 2 Type-C plug. On that front, it also includes three pre-installed fans. Inside the chassis includes RGB lighting on the front panel. The case will be available in March in black and white, priced around $100. 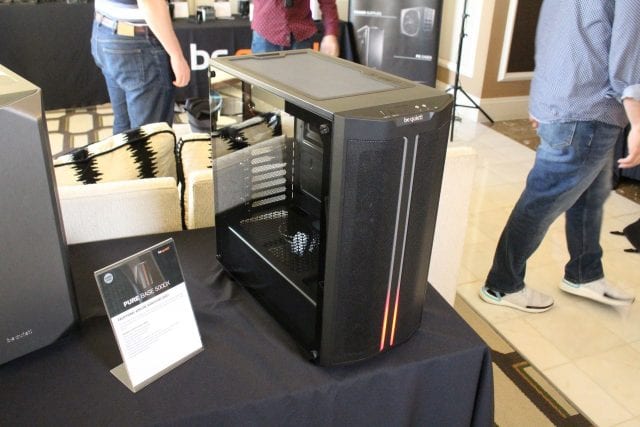 Today, be quiet! announced a free upgrade mounting kit for socket LGA1700 for several of its existing CPU coolers. To receive this upgrade kit, you simply need to provide proof of purchase for one of the listed be quiet! coolers and either an LGA1700 motherboard or Intel 12th Gen Core-i processor. Once verified, be quiet! will ship the new mounting kit to you free of charge. If you are unable to provide a valid receipt, all is not lost as you can buy the kit for a low cost of $6.38. The official press release below contains the link to participate as well as the list of included CPU coolers.

Swinging by the suite where FSP was located this year, we were greeted by one of the most unique looking cases in the T-Wings (formerly known at FSP CMT710 at Computex) as well as several different power supplies.

Germany’s number one power supply manufacturer, be quiet!, has just announced the new Pure Power 11 FM series power supplies. These fully modular power supplies will available in 550 W, 650 W, and 750W models. All three models utilize a dual-rail 12v delivery system and are 80 Plus Gold rated providing up to a 93.9% efficiency rating. Pricing is not yet available. Below are a few quotes from the be quiet! website about the new power supplies.