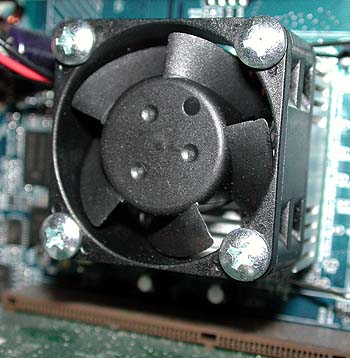 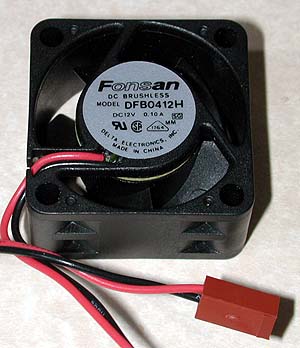 I looked at these and thought “Nice size for a chip cooler!” I bought a bunch with the idea that I can always use these. I noted that these are made by Delta with a Fonsan label – model #DFB0412H (40mm x 20mm). I later found a place that sells them in the USA HERE (although there is a minimum order of $25). The specs are 8 cfm @ 7400 rpm, 29 dBA. All I can say is I don’t know where they measured noise, but it sure sounded more than 29 dBA.

For those of you running P4 systems, the Northbridge does get warm. One system I am using is a Gigabyte GA-8IRXP which features this Northbridge heatsink: 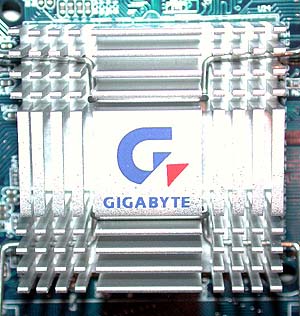 It’s just crying out for a fan, and the Fonsan is perfect – fits perfectly on this heatsink. I found some 1″ metal screws and bolted it onto the heatsink. I tested the fan at 5, 7 and 12 volts and found the following:

To cut down noise, I decided to run it at 7 volts, figuring it’s about half the airflow, which should be fine. I cut off the power plug, stripped the fan’s wires and used a spare floppy plug for power: 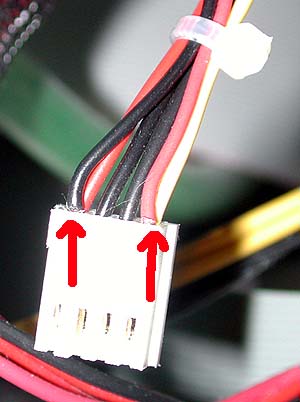 The Red arrows show the fan wires inserted into the floppy plug.

I inserted the bare wires into the yellow (+12v) and red (+5v) wire connectors – the pin end of the floppy plug is small and I decided this was easier. I then used a zip-tie to hold the wires in place.

The result is the heatsink is cool to the touch and I can’t hear the fan running. There are other 40mm fans that will do fine – I would look for one that runs at high rpms and power it at 5 or 7 volts – cuts the noise with decent airflow.

Fitting a watercooler into a shoebox – Joe
Read More