Some people are content with the stock cooling on their video card, be it a small heatsink or an even smaller hollowed-out heatsink with a small fan stuck inside. Others replace it with more effective and/or sophisticated methods.

Unless you have a waterblock stuck to that chip, you’re going to need to get some fresh air up there to keep that little chip cool. That’s where this guide comes in. 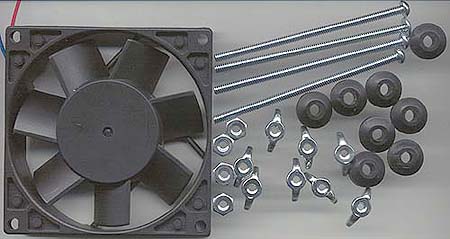 I used #6-32 machine screws, but any size should work. For glue, I used a small Radio Shack glue gun. 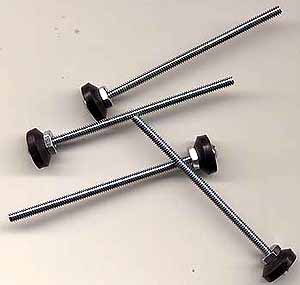 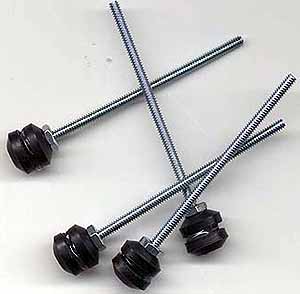 Step 2: Put a blob of glue onto the base of each faucet washer, then stick another washer onto it so their flat sides are together. 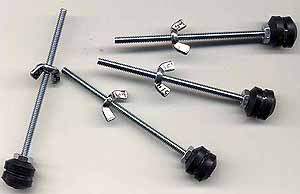 Step 3: Thread one wing nut part of the way down each screw. 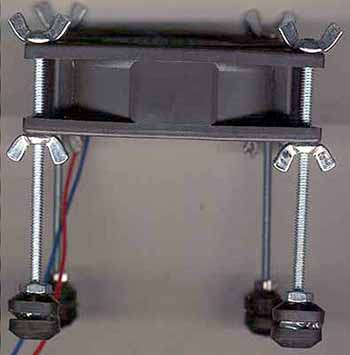 Step 4: Insert the screws into the mounting holes of the fan and then use the remaining wing nuts to fasten them in place. By rotating the screws, you can adjust their heights so that the fan will sit level on a flat surface. 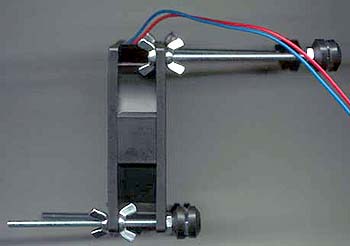 Optional step: If you can’t place the fan directly under the video card due to height constraints or other expansion cards, you can change the arrangement of the wing nuts so that the fan will sit at an angle.

The purpose of this is simple enough – pull cool air from the bottom of the case and blow it at the video card. I already had a fan on hand, so it’s not figured into the cost. The rest of the hardware cost about $1.50 at a hardware store.

I don’t have any fancy charts to show you, but I can provide one indication of the success of this device.

My old rig had a Matrox video card that would lock up every few hours, giving me a black screen even though the rest of the computer was still running. I guessed that it was a heat-related problem. With the fan in place and angled upward, the problem nearly vanished.

I think this work for you, too.

Warning: This modification will void your warranty – Do this at your own risk! It is summertime, and it is getting warmer every day. Most of us will see increasing case temps as well as core temps. I have an

Dude, What About The PSU?

I had a loved one asking about a new computer for his son the other day.