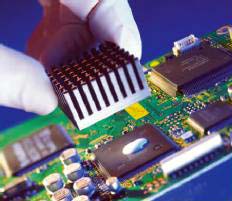 Is it worth the effort cooling a chipset?

Overheated system chipsets can cause instability, causing unpredictable system crashes. It tends to happen when an inferior wafer/die is used in manufacturing. If the power dissipation exceeds specification, cooling is required or it will kill the chip. That’s why el-cheapo VCD players always break down – so you have to buy again.

Many chips didn’t get to see the open market – they died in the assembling plant. Those that made it are tortured to death by extreme heat. As a rule of thumb, if we lower semiconductors temp by 10ºC, we can double its lifespan. How good are these chipsets? 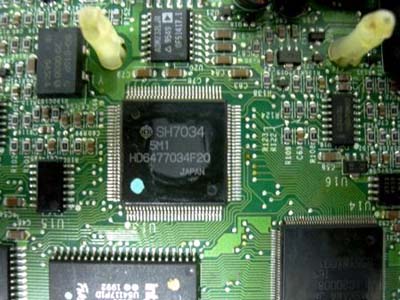 The VIA KT400 on my MSI MBM was way too hot; the heat sink was burning hot. After several failed attempts, I decided to superglue a Pentium 200 MMX heatsink on it. Wow! The heat sink was as cool as room temp. Then I used the original heatsink and superglued it on the Southbridge VT8237, which was not very hot.

I’ve tried mounting a heatsink to the power transistors of my MSI KT3 Ultra MBM with liquid superglue. It lowered the temp by a degree or two with fan cooling. It’s been at least six months and the heatsink didn’t drop off. At moderate temp, these non-heat-resistance super glues seem to hold. Once glued, it’s almost impossible to get it off. Using excessive force might rip the chipset’s plastic/ceramic mould. I used Loctite super liquid glue in my projects.

The VIA KT333 and KT400 release quite a lot of heat. The Pentium 586 heatsink has about 135 cm² of surface area. With a forced air convection, the KT400 chip was only a little warmer than ambient. If we use, say, a passive heatsink with only 96 cm² on the KT333, it gets quite warm. For the Southbridge VT8235 with 96 cm² of surface area, it is not required as it releases less heat. The first test was conducted after at least a few hours after bonding. Subsequent power ups were done after half an hour. 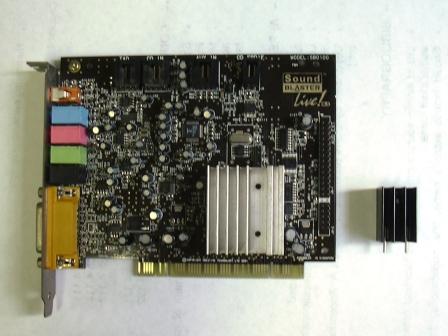 The SBlive chipset is quite hot; with 10 cm², the heatsink itself is still bloody hot! I used 48 cm² heatsink. These heatsinks can be obtained from an electronic surplus shop. We can also dismantle some old electronics gear to get some useful heatsinks. Old Celeron heatsinks are small and efficient enough for Northbridge chipsets and hot AGP chips, but you may have to sacrifice a PCI slot. 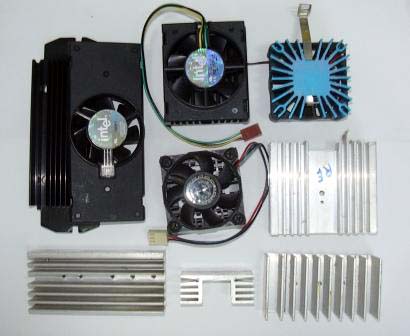 If you decide to make removable mounted heatsinks or testing a heatsink, there’s one way I’ve done it¹ – this is important if the product is still under warranty. 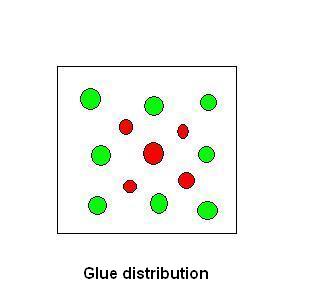 First put an aluminium tape on the chip, then glue the heatsink on. With enough force, the heatsink will come off. The most it will screw up is the tape, not the chip. Gluing a heatsink on a hard disk is not going to do too much. The best option will be to blow the HD with a fan, preferably from the bottom, cooling the board as well. Some chips on the HD are quite hot, so cooling it may be a good idea.

I told my friend about it. He went to the extent of gluing the Athlon-like Intel chipset. I tried to say no but he did it anyway. The heatsink seemed to hold. It solved his overclocking problem – sometimes it’s the chipset that cannot tolerate the overclock, not the CPU. 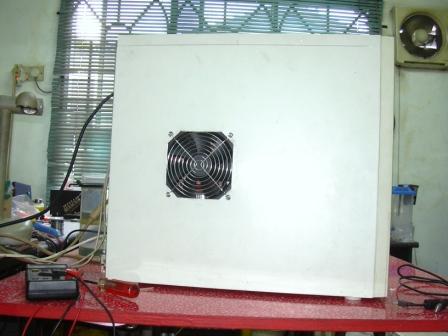 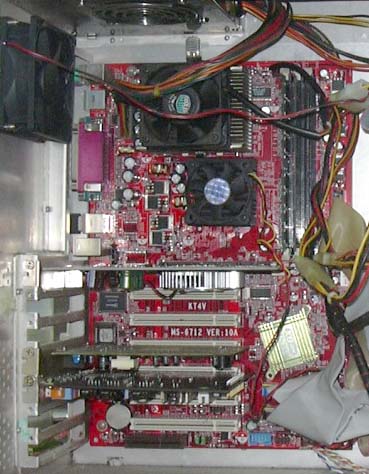 ¹ED NOTE: A simpler alternative is to use thermal tape for heatsink mounting – adding small pieces of aluminum in electronic gear could lead to some problems.

Some language may not be appropriate for the young or sensitive. A while back, I published an email I got from someone who criticized overclocking and asked you to explain why you overclocked. I got some thoughtful responses, in some

Links on this topic – Joe

What I am really interested in knowing is why something like this wasnt used?
Artic Silver Silver Thermal Adhesive

The article seems very unprofessional and gives people the idea that they should GLUE heatsinks on instead of using a thermal paste/adhesive. The article should probably be removed.

The glue goes on ALU tape in the instructions in the artical, ALU tape is actualy in contact with the chipset.
Is that relevent? The glue will still give way and the sink will eventualy fall off is the concern here right?

Just trying to clarify thats all :)

Well if your going to buy aluminum tape and superglue, why not buy the products designed for thermal transfer and adhesion, you will most certainly get better results. The article should a least contain some kind of disclaimer. I for one would never try that method and actually found the article laughable, although at least it looks like you have nonfunctioning 'cool' chipset sinks great for bling factor.

I expected something like coming a custom heatsink to the big boys and got nothing. It wasn't up to OC standards in my opinion. Should you always use artic silver alumina or could you just use a ceramique? Or does it depend on the hold down mechanism?

If it has hold downs Id use AS5 or similar..
But if it needs to hold it in place you can use thermal tape or adhesive paste.

I want to mention that a lot of chipsets are not flat. Their ceramic/ plastic molds are very uneven(people who had NF2s) know what I'm talking about. He should add some lapping temps to chipsets as well.

I got to use a lower voltage (VDD) and noticed that the heatsink was actually wisking heat away after I lapped my NF2 NB and SB. Not to mention it fixed the SS Crackling.

I agree that the article is really not up to the standards of this community. The methods and procedures outlined are, at best, poorly thought-out and display a certain ignorance of modern materials and devices available. We're I the nit-picking sort, I'd even point out the terrible wire management shown in the photos...:rolleyes:

I only just read it and I'd have to agree. This article is not up to Overclockers usually high standards.
Following the procedures in that article could potentially be harmful to performance. Even stock TIM will perform better than superglue.

If you really can't get ahold of artic silver adhesive, and dont want to use thermal tape, at least use whatever TIM you've got on the chip, and just put a drop if superglue on each corner of it, then slap your heatsink on. Much better performance, superglue holds it on, but it's still removable if you should be so inclined.