I decided to put them to use with my current/old system which consists of an Intel Xeon 3050 processor and Asus P5Q motherboard among other various accessories. One of the questions Joe raised in his article was whether a radiator would fit at the top of the case for watercooling.  Well, let’s find out. 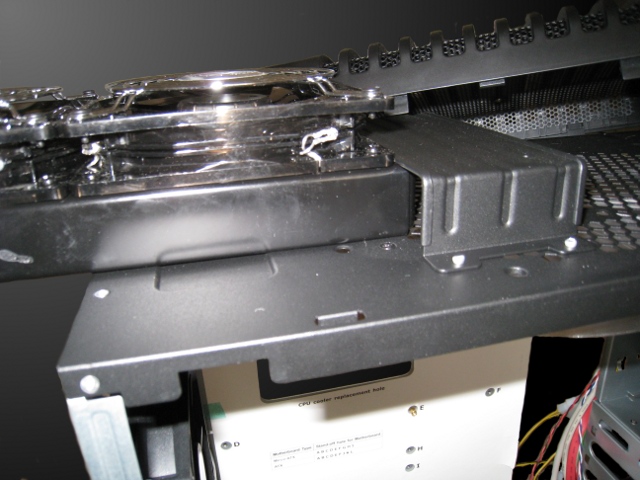 As you can see from this image, the radiator and fan assembly will not fit outside the case because of the handles.  The handle is rivetted on, so removing it is a little harder than just unscrewing it, but it could be removed.

You can see that mounting both inside would interfere with the motherboard. 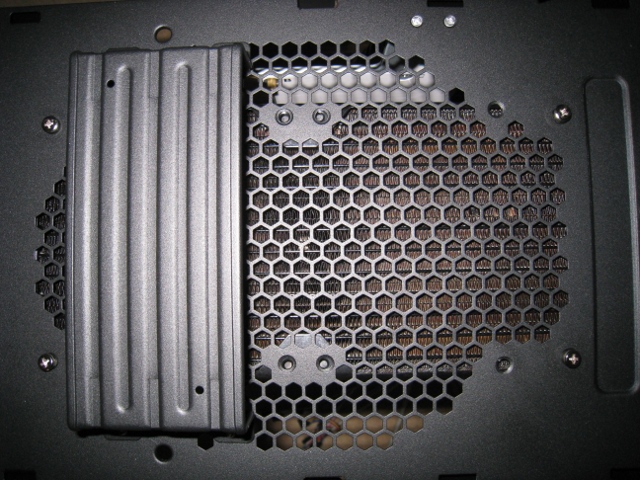 One of the handles runs right over one of the fan locations. This is going to be an issue, but it doesn’t need to be removed. 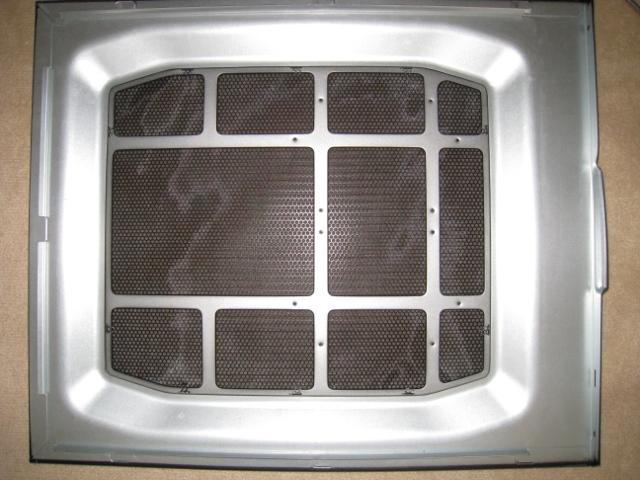 CoolerMaster pre-drilled holes for easy relocation of the 200mm fan or two additional 120mm fans on the side of the case.  They also included some long screws for both instances. 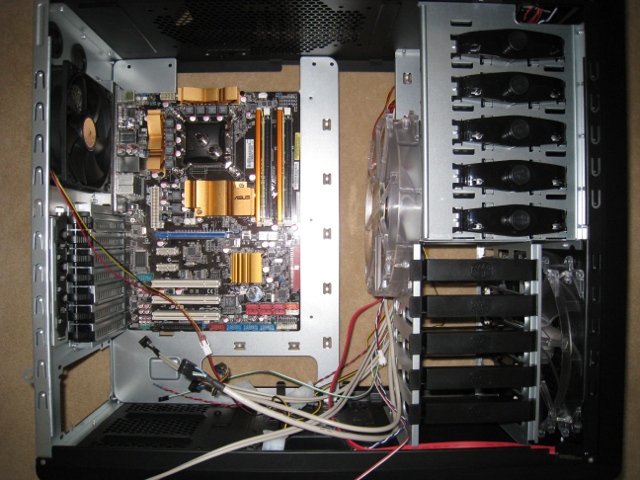 General shot with the motherboard installed: 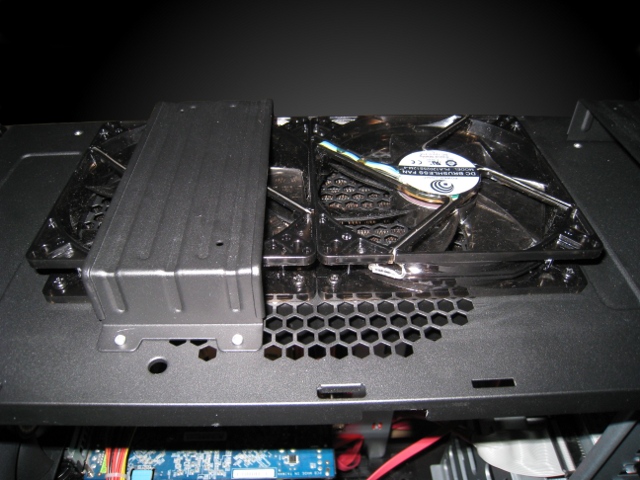 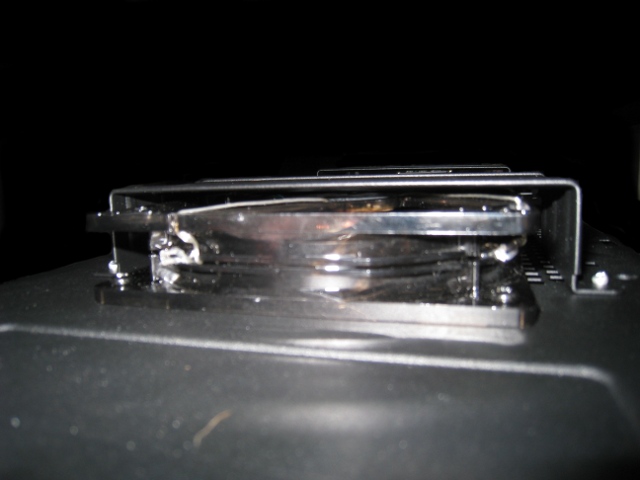 I decided to mount the radiator on the inside of the case and the fans on top, sucking air out of the top of the case though the radiator.  You can see that the handle does not give one of the fans much room. 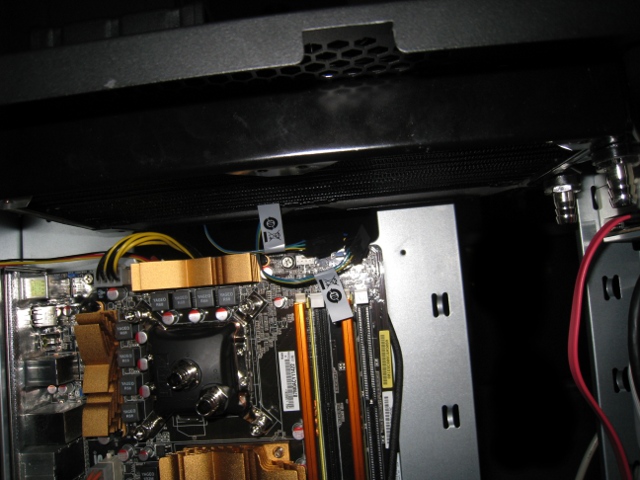 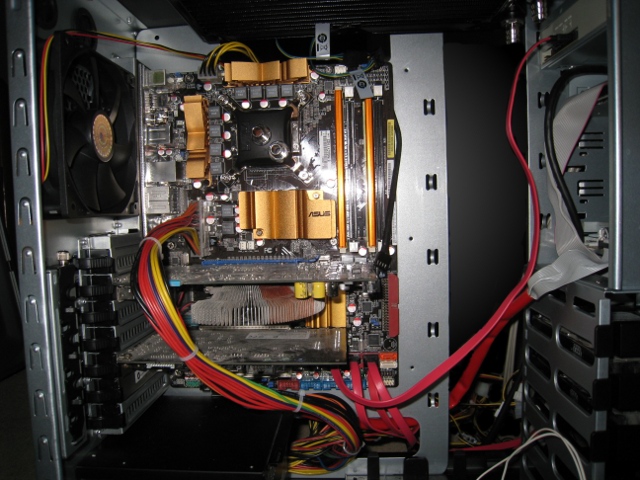 The radiator fits nicely at the top. 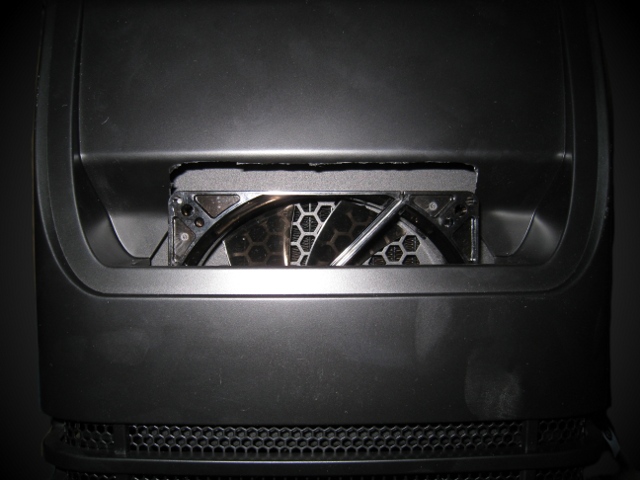 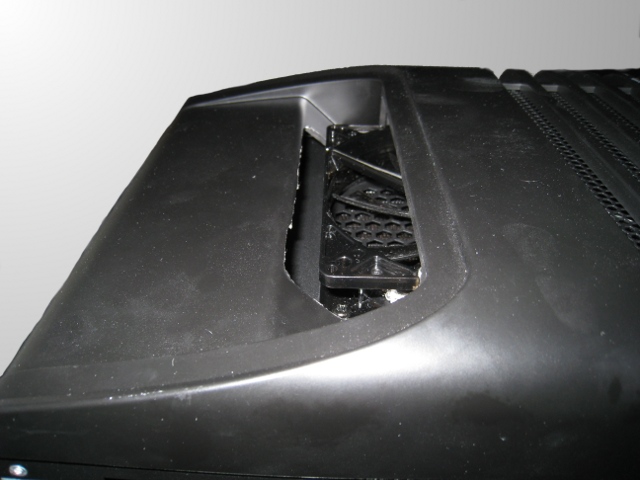 The top plastic had to be modified to fit the fans. 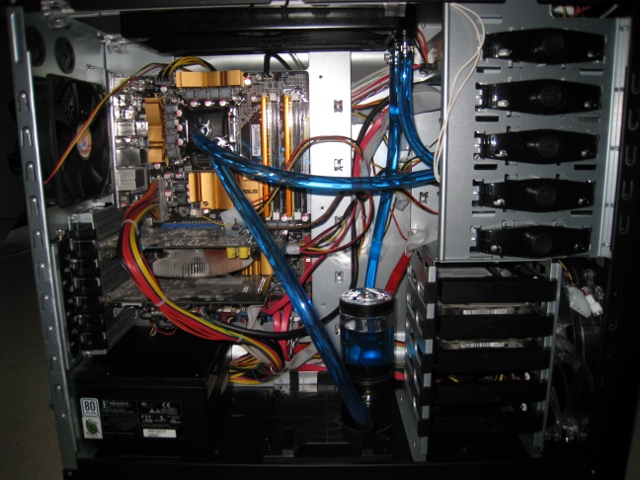 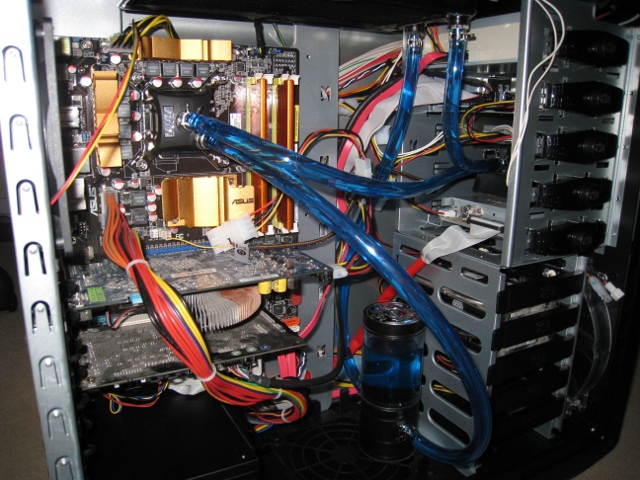 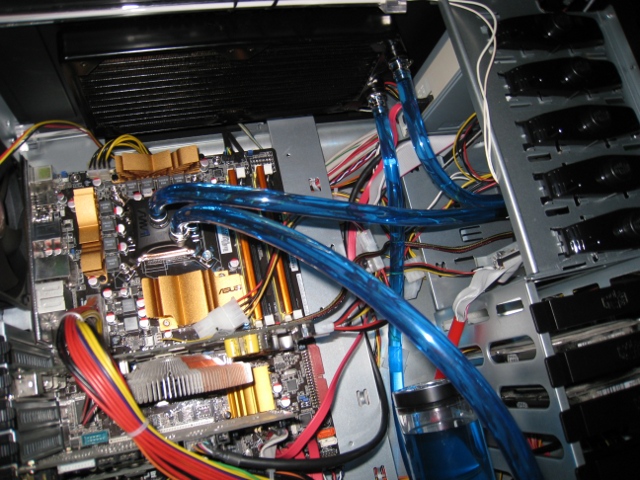 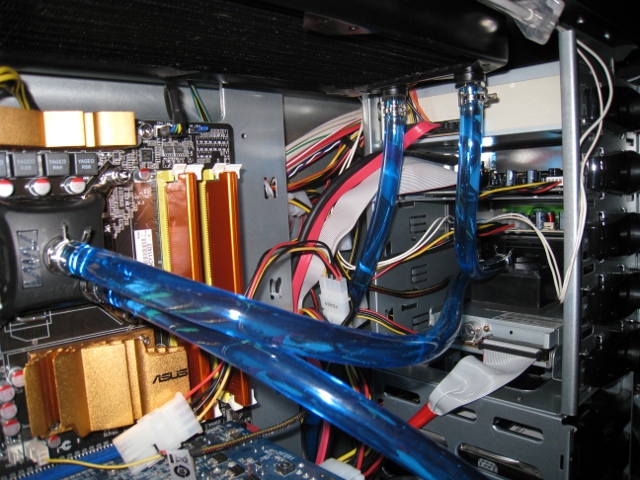 There is plenty of room inside to run the tubes…. 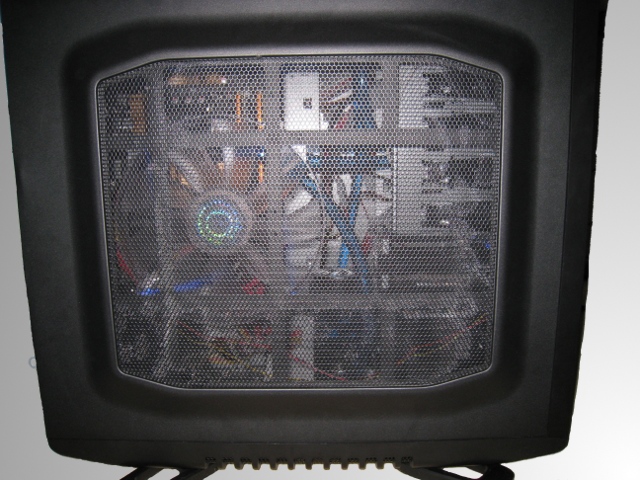 …and also plenty of light: 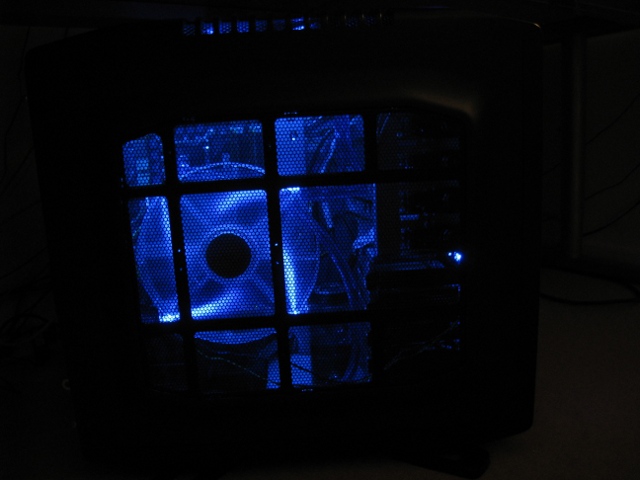 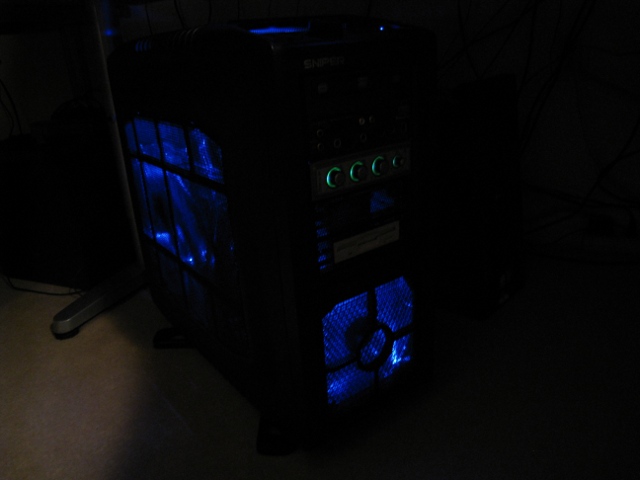 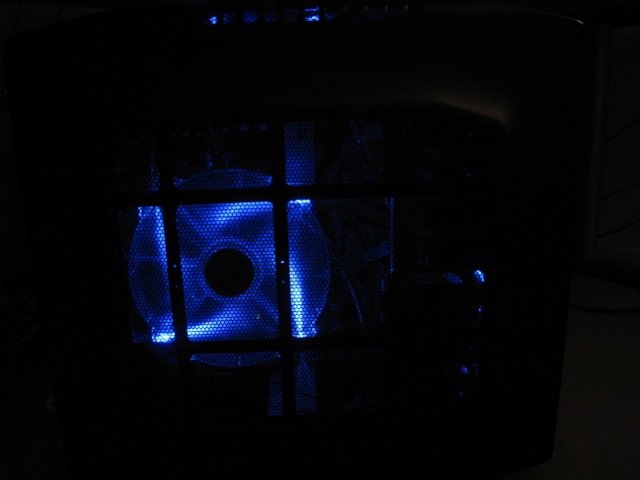 The finished system is pretty slick.  The front fan, the top exhaust fan (which I relocated to the side of the case), and the two radiator fans came with blue LEDs and I happened to have two blue cold cathode tubes, so there are plenty of lights all around.  The LEDs on the radiator fans are the only ones that cannot be turned off.

I knew that mounting the radiator to the top of the case and pulling warm air through it wasn’t going to be ideal but I figured with the two huge intake fans, I’d be able to keep the internal temp fairly cool.  I wanted to keep the two top fans as exhaust and the radiator inside to keep the tube lengths shorter, so this was a good compromise.  I haven’t really been able to test and see if the watercooling allows me to overclock higher than my old Arctic Cooling AC7 Pro heatsink because of the high temperatures outside, but I’ve been running comfortably at the exact same settings for a few days now.

Computing Event of the Year The Year of The Shortage: From Opterons and XBox360s at the beginning of the year to PS3 fights at the end, the year was typlified by supply not meeting demand, and tech companies not much Read More

You read comments some allegedly informed members of the mass media have made about the CPU companies, you’d think they’d be breaking into “Happy Days Are Here Again.” The real news is that Intel’s going to have a horrible 2001, Read More

A few days ago, someone complained about the current vaporness of nVidia’s GeForce 6800 Ultra. He thought it rather wrong that this product wasn’t available a month after introduction. He then asked us what we thought about it. Unfortunately, vaporware Read More