From the moment I first saw the Cooler Master CM Stacker pictured in a magazine, I have been impressed with its appearance. I would like to thank the kind people at CoolerMaster USA, Inc., for letting me experience all this case has to offer. 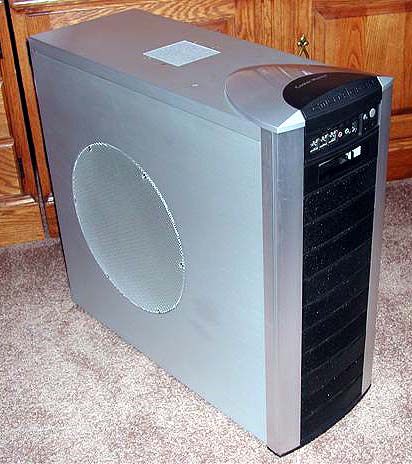 At first glance this case appears massive with its 11 drive bays, yet sleek with its two-tone silver and black finish. Designed to be a home-server case, its skeleton is heavy and rigid constructed from steel, while its exoskeleton is beautiful brushed aluminum. The black drive bay covers are a steel mesh allowing air to enter the case. 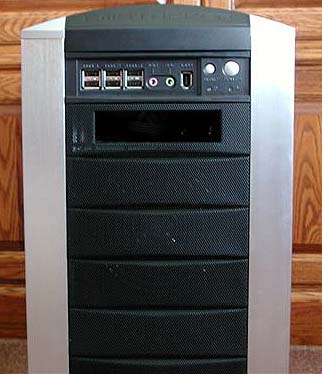 The rounded sections at the top of the case as well as the front control panel are constructed from plastic and compliment the appearance nicely. The overall dimensions of the stacker are 9 x 23 x 22.5 (W x D x H in inches) the optional casters add approximately 1.75 inches to the overall height. This case, while not much taller or wider than other popular cases, is a good 5 inches deeper, giving it the necessary space to be a home server case. 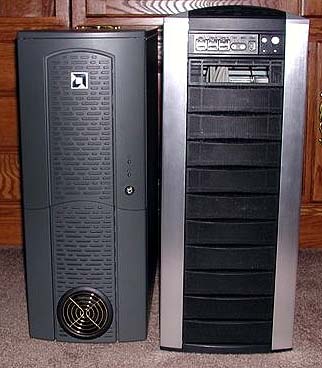 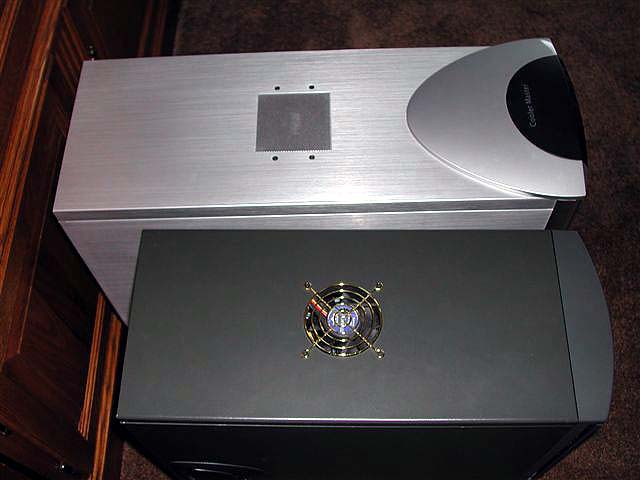 Its large size and weight will not make it popular among the LAN Party crowd; however less mobile computers, such as servers, will truly benefit from the additional space. If you have room under your desk, I highly recommend installing the casters as they make moving the case much easier. 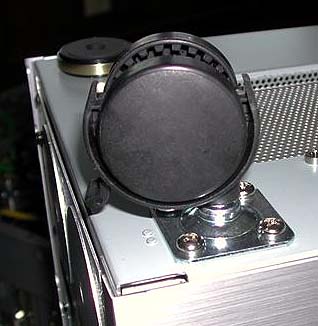 Those interested in water-cooling should give this case serious consideration, as the extra space will easily accommodate reservoirs, pumps, and additional power supplies. Cooler Master’s own Aquagate cooler has a matching external appearance and should easily integrate with this case.

One feature that stands out most is the 12 inch diameter vent located on the side. This mesh covered opening houses an air filter and an 80mm fan located in the center. To clean the filter or install a fan, the mesh must be removed from aluminum siding with 6 hex bolts. It is possible to remove the filter without removing the mesh; however this heightens the potential of tearing it. 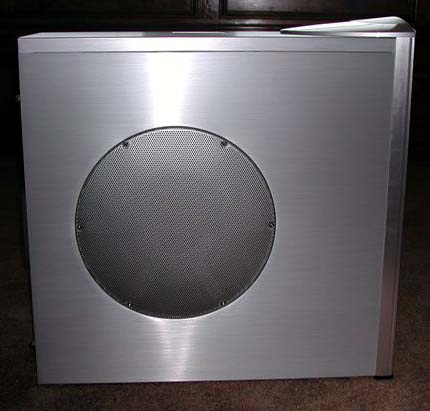 For those of you who do not like the appearance of the mesh cover, Cooler Master sells separately a side with a pre installed window, or those of you who like to get their hands a little dirty could easily mod the opening into a circular window.

On the other side of the case is the intake for the optional Cross Flow Fan, an innovation of Cooler Master to provide superior motherboard, RAM and PCI, cooling. This fan is most suited for upcoming motherboards with the BTX layout. This fan was not included with the case, so I will be unable to comment on its performance. 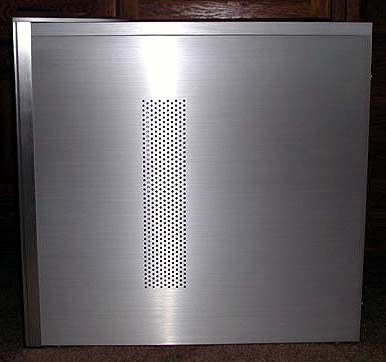 When looking at the back of the case two things are immediately noticeable: the 120mm fan, and a location for power supplies at both the top and bottom. If only one PSU is desired, two 80mm fans can be mounted in the second PSU bay. I was disappointed in the mounting bracket as it could only be affixed to the case with 2 screws. This is not a problem for low RPM fans, however faster fans may cause vibrations to carry through the case. 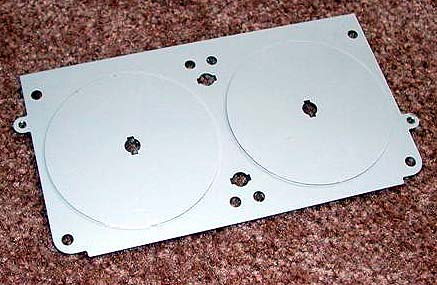 The only fans included with the case are 2 x 120mm (rear and HDD) and 1 x 80mm (top). All three of these fans are low RPM and are virtually silent. However, if you desire superior airflow, you may wish to replace these fans with some that have a little more push. The exhaust fan has a mesh grill over it that can easily be removed. I found the grill a little too restrictive for my fan (I upgraded to a higher performance fan); however, with the stock fan it was not a problem.

I found the black mesh faceplates very difficult to remove. The easiest way to remove them is to insert a screwdriver between the faceplate and the aluminum side and gently pry outward. The faceplates are very sturdy, constructed from thick plastic and steel mesh, each housing a filter.

To install a 3.5″ floppy drive, the 4-in-3 Device Module must be used. The CM Stacker has enough room for 3 of these modules (only 1 is included, each takes up 3 5.25″ drive bays) leaving room for 2 optical drives. The 4-in-3 Device module houses 4x 3.5″ hard drives and has a 120mm fan to keep the drives cool. If the module must be used to hold a floppy drive, an 80m fan can still be mounted to cool the 3 drives below. Hidden beneath the large, yet silent 120mm fan, lies a large grid of circular holes. I found these to be more restrictive then necessary and elected to remove them. 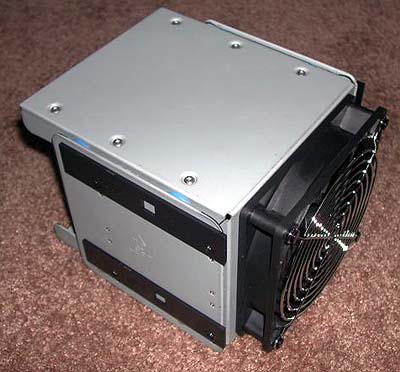 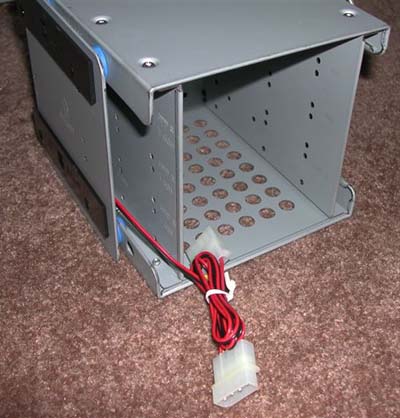 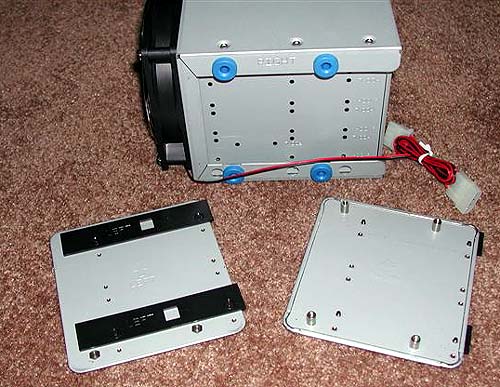 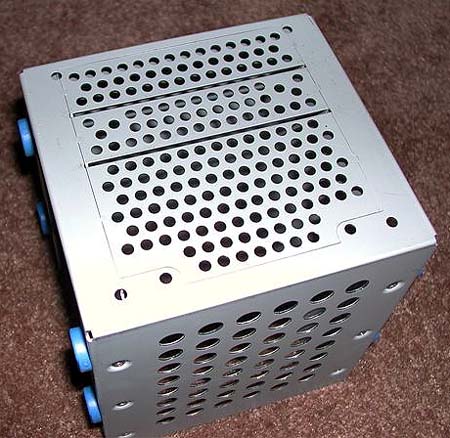 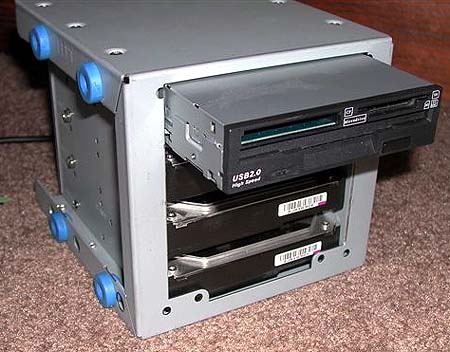 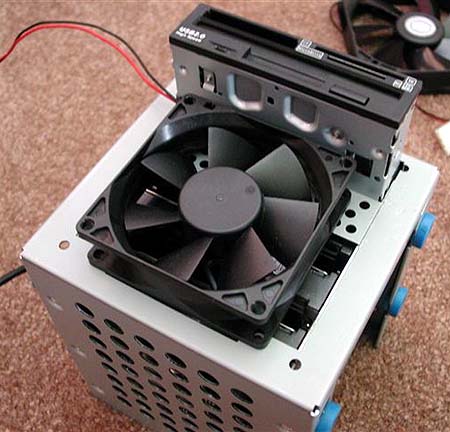 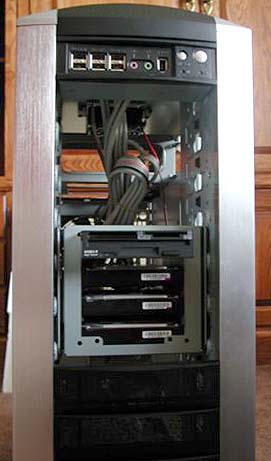 Keep in mind that one of the sections contains 2 of the mounting holes for the 80mm fan, so you may want to keep that section intact. To minimize vibrations created by hard drives and fans, the module is supported by 8 rubber grommets. With three of these modules installed, the case can comfortably hold 12 hard drives.

I myself only have 4 hard drives and decided to space them out more by installing them in their own 5.25″ bay with some adapters I had lying around. While the 4-in-3 module is nice, I decided to make use of the space and spread the drives out. Unfortunately without the 4-in-3 module there is no way of mounting any front intake fans. I was able to secure two 120mm fans into place with zip ties, however I would have liked to see an alternative way of mounting fans at the front of the case.

The front panel houses the Power and Reset buttons as well as hard drive activity and power LEDs. The LEDs are a Blue and are the true blue variety (~430nm) – not the aqua-blue (~470nm) often found on cheaper cases. The LEDs are very bright; bright enough to illuminate my wall in a dark room (a trait common to cases with blue LEDs). Other connectors on the front panel include an IEEE 1394 (firewire) port, headphone and microphone jacks, and 6 USB 2.0/1.1 ports.

The microphone and headphone jacks connected easily to the internal headers on my motherboard (Abit NF7-S) and allow me to connect my headset for gaming. Unfortunately, my motherboard only has 4 internal USB ports, and thus I was only able to attach 3 of the 6 USB ports. My 4th internal port is used by my flashcard/floppy drive combo. Cables not being used can be detached from the inside of the unit. It would be nice to see a case that has an integrated USB hub, thus requiring only one USB header. 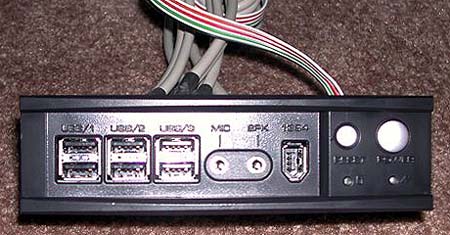 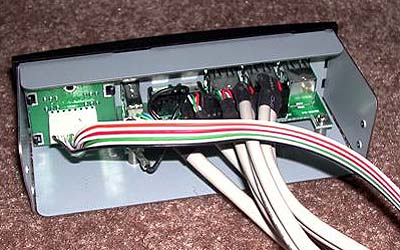 I went ahead and converted the case to BTX, which was simple enough, yet did require some time and help from the manual. What is most interesting about the case is that everything is reversible. Because BTX calls for cases to open on the right hand side, the motherboard tray can be easily installed on either side and the side panels can be reversed. 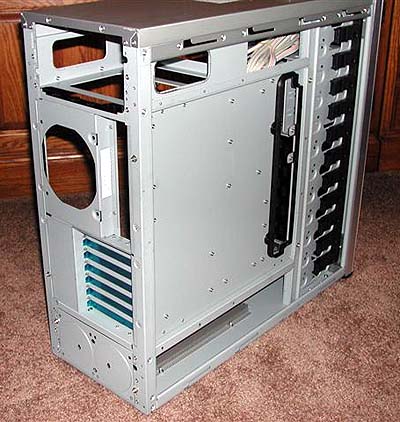 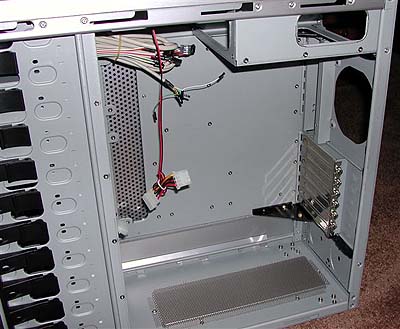 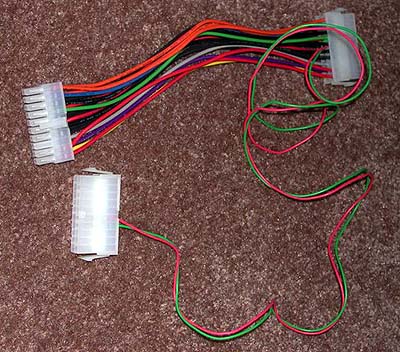 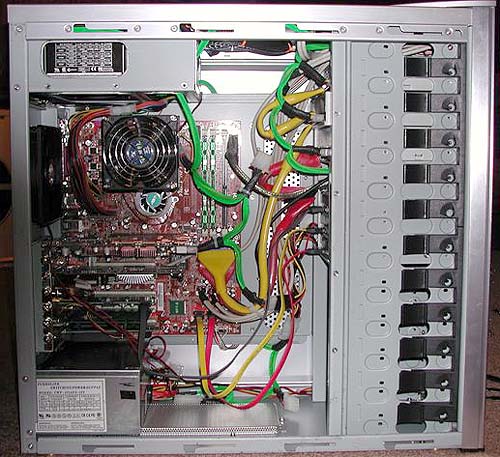 Overall, I am very impressed with this case. Like most cases it has its faults; however it has a huge list of extra features. With BTX just around the corner, you can feel safe investing money on a nice case and not have to worry about the BTX motherboard you will be buying in the future.

Déjà Vu, All Over Again

Windows Update on a CD: Where to manually download Microsoft’s fixes for Windows 95/98/ME/NT/2000. Keeping up with Windows fixes, updates, and patches has never been easy. With new Windows versions like WinME and Win2000 added to that mix, end-users have Read More

In a few hours, I’ll be running off to do the Christmas thing with relatives. Unfortunately, the next couple days will have me acting like one of Santa’s elves: an elf on Santa’s bad side. What will I be doing? Read More