Summary: A retro review of an early laptop computer. 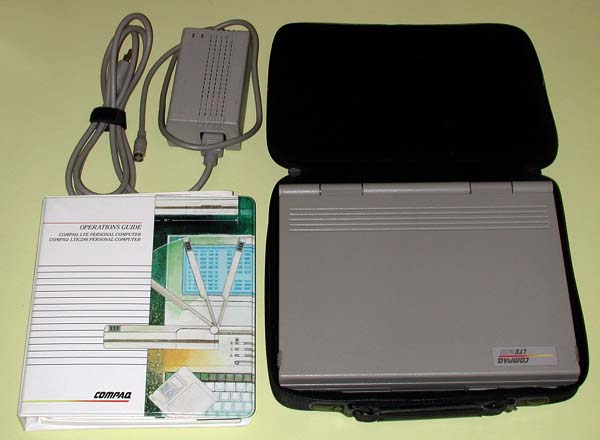 During the holiday, I dedicated myself to cleaning up my office. Much to my surprise, as I peeled away layers of stuff, tucked away in a remote corner was my old Compaq LTE 286 laptop – computer archeology! 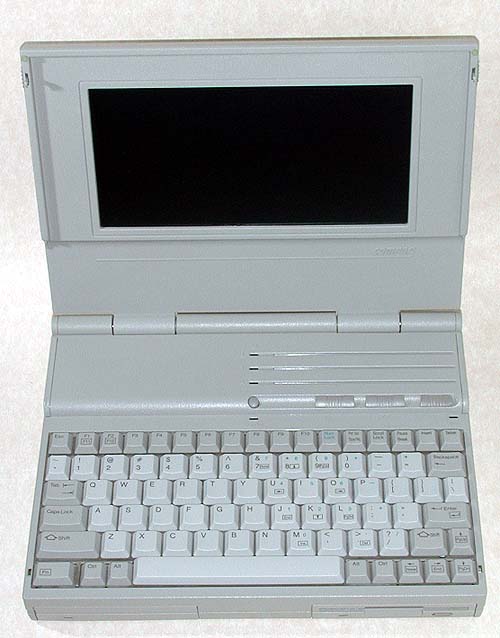 I bought this in 1991 for about $1,000 – a good price at the time, considering that this laptop cost $4,500 when it first came out! Turns out you can still do a lot with these older machines – go HERE for an example.

I removed it from the case, plugged in the power supply and it booted (the internal battery is history)! The CMOS battery bit the dust, but it still was possible to boot into DOS 3.3 – talk about a flash from the past! I thought it would be interesting to take a fresh look at what was THE hot machine back in computer’s stone age. 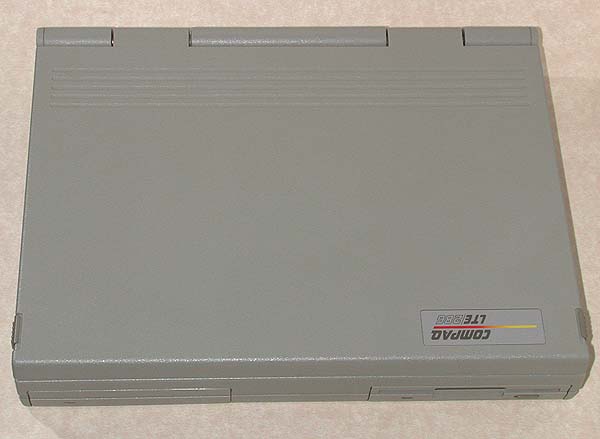 I did some searching on the internet and found that there are still places where you can get batteries, memory cards and modems for it – the good stuff never dies.

The keyboard has the look and feel of a standard IBM keyboard less the number pad. One the left side you’ll find LEDs for Scroll Lock, Num Lock, Caps Lock and Standby. There is a button which, when pushed, send the machine into standby state; push again and it’s out. On the extreme right side

are slide switches for Brightness, Contrast and the On/Off switch, with a green LED to indicate power; this also flashes when the battery is low. There is a back panel which, when opened,

On the left side 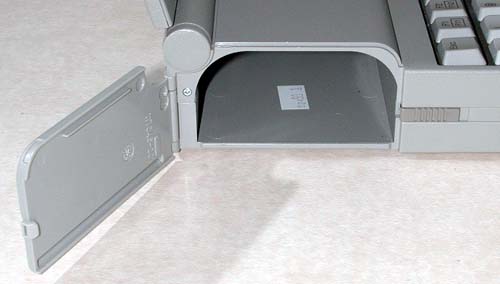 is the battery compartment – the battery is rated at 4.8 volts, 5.0 a/h; some say that you can use four “D” cells, but I never did that (they do fit, but you have to strap the back to maintain contact).

On the right side is an “Options Compartment – this is where you insert peripherals such as the memory expansion cards. The metal cover is removed 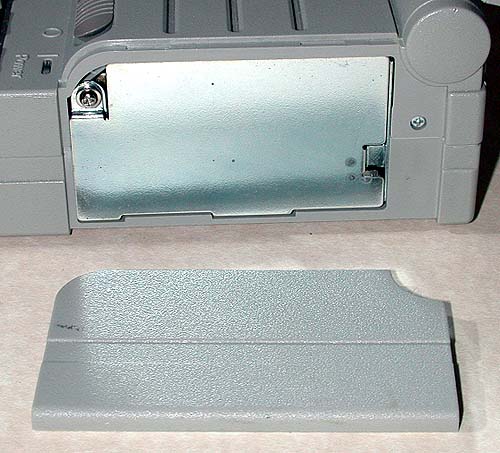 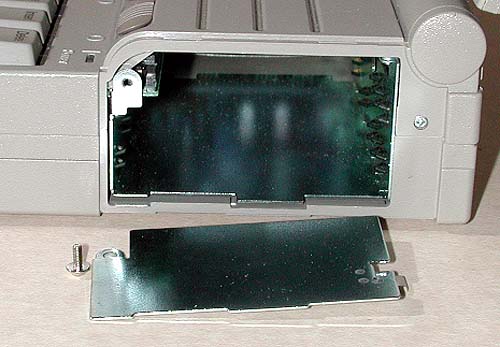 On the front left side is the hard drive compartment,

with the 1.44 MB floppy drive on the right side:

The battery is quite large – about the size of four “D” cells. The AC Adapter has a series of slots in it to cool its transformer. 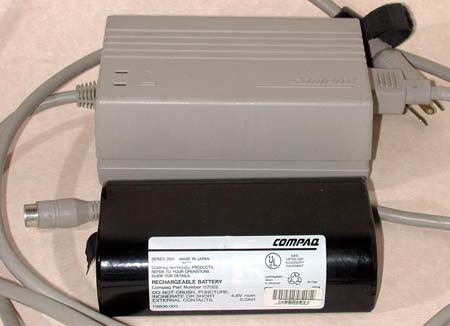 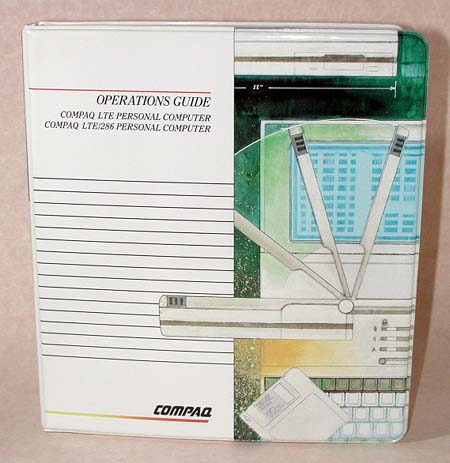 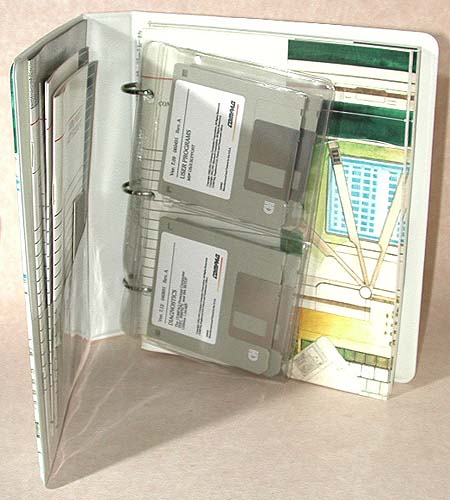 Powering up the laptop gets you into DOS: 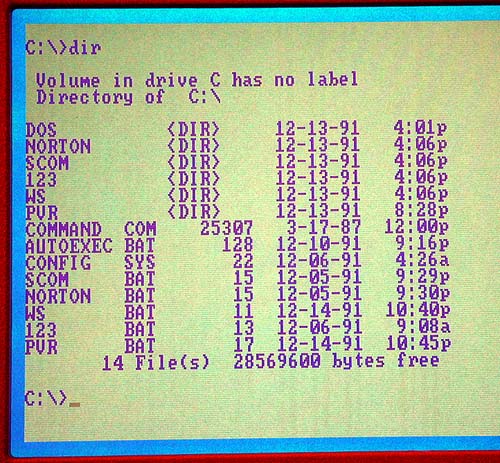 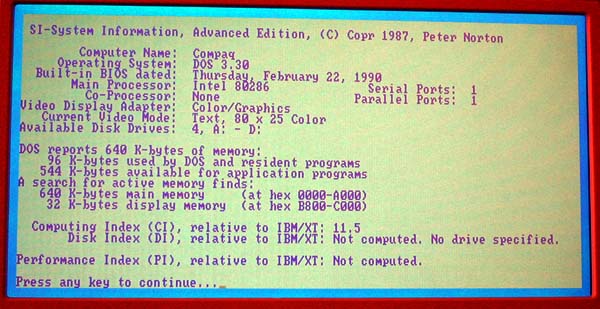 reveals the system’s essentials – note that this laptop is 11.5 times faster that an XT – what a hot machine!

In its day, the Compaq LTE was a ground breaking machine – the first laptop. I ran WordStar and Lotus – after a while, it started to come back. The old guys in the crowd remember using command line shortcuts (control – alt – Q, etc) to speed things up. While an obvious relic compared to what’s available today, the basic word processing and spreadsheet programs are still viable.

I thought about keeping it, but I think there’s someone out there who might give this more of a home than I will (maybe a museum?), so it’s going on eBay shortly – if you’re interested, drop me a line.

PS: I think I still have the Compaq “luggable” up in the attic – next cleaning project.

NOTE: Software for this unit can be found HERE.

SUMMARY: A 2nd look at this high end DDR400 Previously, 4-23-04 “It gave me the impression that this ram was just getting started, as the rest of my system decided it had had enough.” (Pg. 3) “Coupled with the fact

Get 100°F Cooler With No Moving Parts

Yessiree: No fans, no pumps, no electricity or refrigerants, compact, lightweight, highly reliable, quiet operation, maintenance free and drops inlet temperature by up to 100°F. Yes, you can blow sub zero air at your heat sink from something not much

This is essentially a stripped-down server board minus two memory slots and a SCSI controller. The Outsides You want to see a picture and read specs? Go HERE. Like other “AMD” chipsets, this is actually a hybrid; it uses an