When I first began using the AMD Thunderbird as a CPU, I started out with the good old FOP38 by Global Win. This was the first heatsink I owned with a Delta 38 on it. Yes, it was loud, but not to the point where I couldn’t take it. I suppose I got used to it and really only noticed when I shut down my system and heard that eerie silence…

However, since I enjoy audio recording on my PC and will occasionally mic acoustic instruments, the noise of the Delta was a bit much. I later upgraded my heatsink to a Global Win WBK38 and put on a 92mm Antec case fan. The setup worked well on my 900 MHz T-Bird overclocked to 1000 MHz. It was quiet and kept my temps reasonable with adequate case cooling.

Lately though, I have been so intrigued by the new Cooler Master HHC-001 heat pipe unit that I just had to get one. Anyway, I got a 1.2 AXIA chip that I was going to put on my ASUS A7V, so my WBK wasn’t going to cut it anymore.

However, I didn’t want the noise from Cooler Master’s fan, which although not a Delta 38, has been described as comparable. I started looking into fandapters, but realized they were usually tall, bulky, and cost over $15 plus shipping – not worth the money! So, I decided to make my own.

I opted to go for the 92mm size due to some considerations regarding putting larger fans on heatsinks. Unfortunately, putting on a 40cfm 80mm fan is not going to have the same effect as a Delta 38. There are too many variables involved to determine exactly what CFM you will need to match the performance of a Delta 38 with a standard 80 or 92mm fan.

I was not sure what CFM rating I would need, but I knew it would have to be considerably more than 38 cfm. That is why I opted for a 92mm 56cfm Thermaltake unit.

It is interesting to note that the “dead spot” of the fan, i.e., the hub of the fan’s motor, is not that much different on the 92mm Thermaltake vs. Cooler Master’s original fan: 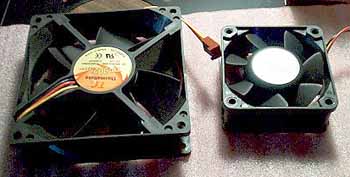 The first step was to remove the original 60mm fan from the Cooler Master heatsink: 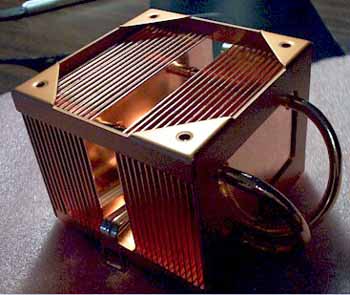 As you can see, the Cooler Master is a really neat looking piece, although as mentioned by so many others, the base does need lapping. I did not spend too much time here, but I did take the time to lap it smooth: 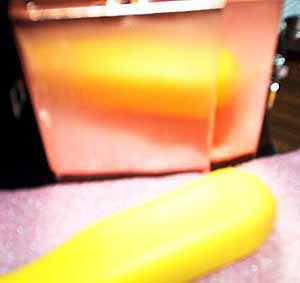 I then laid out the design for my fandapter. As you can see, I’m going for a flat piece so there will be no added height to the unit. I found it easiest to just take a 60mm fan grill and then a 92mm fan grill and outline where the holes will need to be, and then sketch the rest of the design around those reference points: 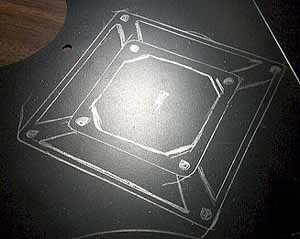 Then I used my Dremel to cut out the piece and drilled the screw holes. I also used a sanding wheel on the Dremel to clean up the sharp edges. The only problem I had was that when I had cut the piece out, there was a lot less metal to transfer the heat, so when I was cutting, the piece got hot fast! 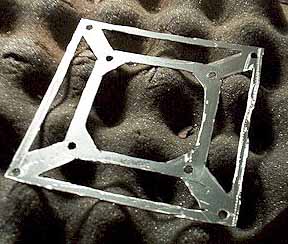 Then I sprayed the piece with black paint and attached it to the Cooler Master using the original mounting holes: 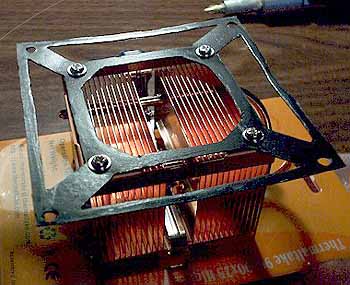 I wasn’t sure if vibration would be any trouble or not, so to be sure I cut out small strips from a foam bag that a video card came in. The paint was still a bit tacky when I put it on, so it was no trouble keeping the strips in place: 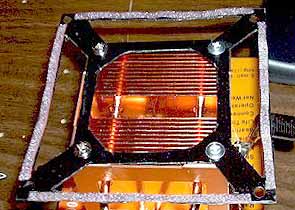 Here are a few pictures of the Cooler Master with the 92mm fan. Notice that on the picture of the unit upside down, you can see that the adapter hardly takes away from the airflow of the fan: 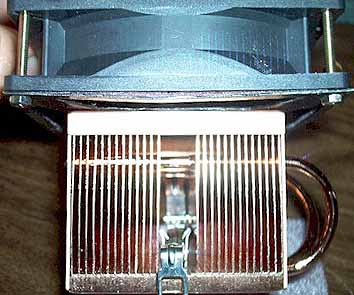 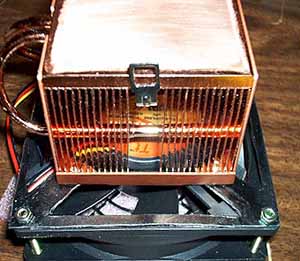 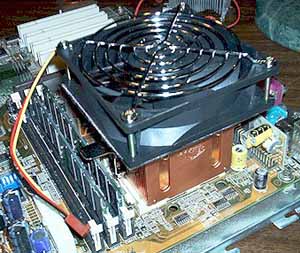 So how does it perform? And how about noise?

Well, let’s start with noise: The unit is very quiet – it’s just like having another 92mm case fan. The biggest thing you notice is wind noise and not fan whine. The noise level is definitely an improvement over a Delta 38.

Here is a breakdown:

All temperatures are with [email protected] running and after 50 SiSandra burn-in loops. Unfortunately, they are socket thermistor temps.