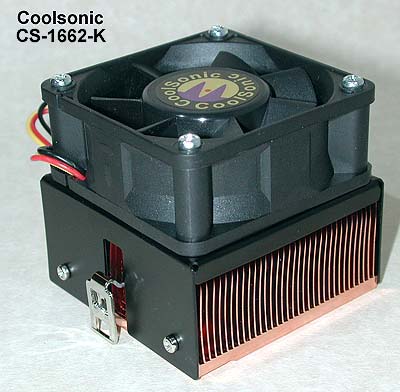 The kind folks at CoolSonic were nice enough to send a sample of their heatsink, the Model #CS-1662-K. This is a copper skived unit with a conventional YS Tech 60mm fan. We tested the same heatsink with the TMD fan HERE.

The clip requires a screwdriver to mount and is fairly stiff. The lip for the screwdriver blade is relatively small, so exercise care when mounting. 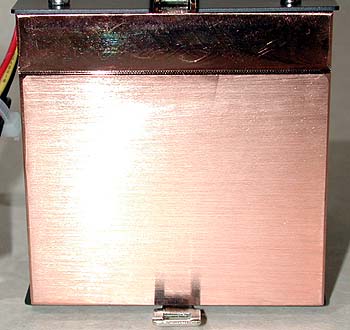 The Coolsonic was tested on the CPU Die Simulator which gives results that are unaffected by motherboard influences.

The Coolsonic CS-1662-K with YS Tech’s conventional 60mm fan is relatively quiet with subdued CPU cooling performance – nor for the power user. It’s about the same performance as with the YS Tech TMD fan.

Thanks again to CoolSonic for sending this our way.


How to Mod a Senfu Waterblock

SUMMARY: A head-to-head test of the best Socket A heatsinks. AMD’s Socket A CPUs pump out a LOT of heat. As a result, heatsinks have become much more efficient – we’re now seeing C/Ws of 0.3 and below from the