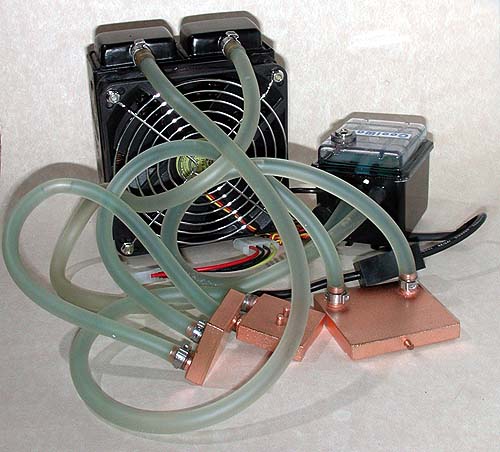 I know it looks like a tangle, but the kit ships with fluid, so I took pics as assembled.

The good guys at CoolWave were nice enough to send a CoolWave Stormcool III Kit to test. 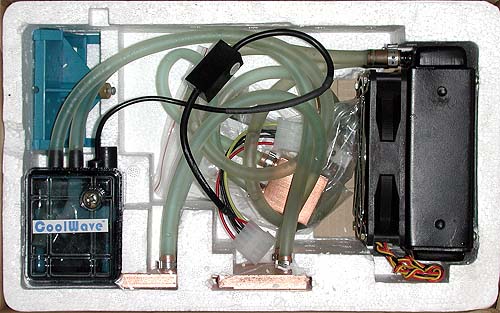 in a foam container – note that it ships fully charged with fluid. The hoses have fairly difficult to remove clamps; the upside is that the user does not have to fill-and-bleed the kit. 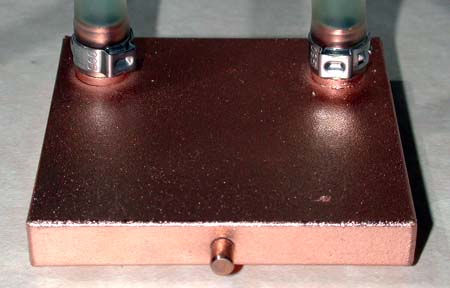 is all copper – these are fully sealed and users are not able to open these up; the GPU and chipset blocks are of similar construction – just smaller. The base 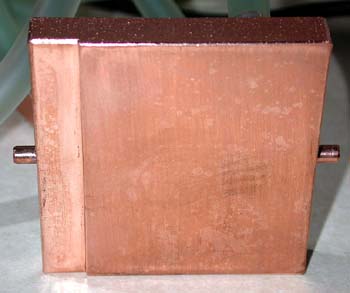 is well finished – I could not feel amy machining or polishing marks. 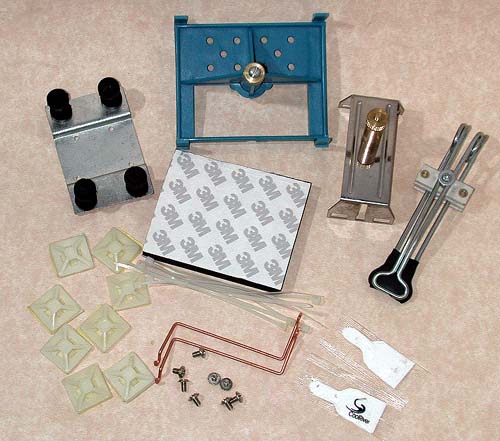 that ship with the unit allow mounts for all manner of CPUs, GPUs and Northbridge chipsets. The GPU is a clamp-like affair, which I have not seen before. 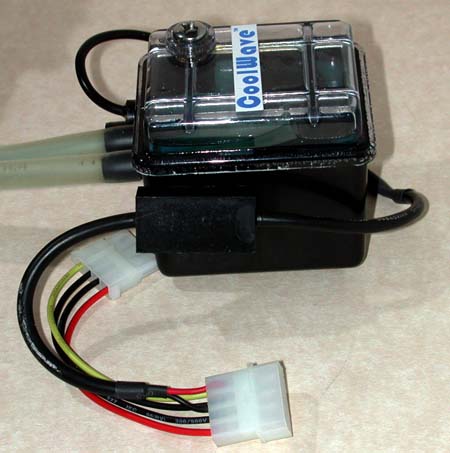 is encased in a plastic non-removable reservoir. There is a block object¹ on the power wire between the pump and the four pin plug – I asked about it but so far (communications problem??) I can’t get an answer as to its purpose – my supposition was that it’s an inverter and the pump is an AC unit, but that’s speculation on my part. This is the only part of the kit that does not have hose clamps; the hoses are silicone, which adhere very well to tightly fitted connections.

¹A number of readers suggest that it is for noise suppression – sounds good to me!

One of the weak spots in entry level kits has been the waterpump – I ran this one for five days straight without a problem. This is not by any means a torture test, but at least it did not fail out of the box.

The CoolWave Stormcool III was tested on the CPU Die Simulator which gives results that are unaffected by motherboard influences. For this test, I only tested the CPU waterblock; I insulated the other two waterblocks to isolate their influence on results. However, with all three waterblocks installed, performance could be somewhat worse than indicated here. View the test results below as “Best Case”.

Die Simulator results place the CoolWave Stormcool III in the upper rank of watercooling kits tested to date (Heatsink Ranking), with the proviso that results may be adversely impacted with additional waterblocks installed.

When I opened up the kit, I was pre-disposed to expect “entry level kit performance” – something on the order of 0.40 C/W. I stand corrected. Overall, the CoolWave Stormcool III Kit is a very good price/performance buy – MSRP is about $100.

Thanks again to CoolWave for sending this our way. CoolWave is looking for distribution – interested vendors please Email Richard for details.

UPDATE 1/17/01: A number of folks wrote in with some good information: Bruce Paine found this pump for $34 at That Pet Place. From Tom Meeks: “Just a quick heads up on these pumps. I grabbed one as well (though