SUMMARY: Easy to use but results will vary by Windows app.

The more I use Linux Ubuntu, the more I like. Earlier I tried to install some Windows apps using WINE, a freeware program to install Windows software into Linux, but with no success – for a newbie, I found it difficult to use.

I tried a couple of other Linux versions (“distros”) but found them not to my liking (PCLinux Big Daddy, Mandriva and Xandros) for various reasons, so I find myself coming back to the latest Ubuntu version (Dapper Drake) to try out more software with the goal of a full transition to Linux from Windows.

Even though there are some very nice packages in Linux which provide functional equivalents to Windows software (eg Microsoft Office to Open Office, Photoshop to GIMP), if you don’t have or want to spend the time to learn how to use these Linux apps, the alternative is to use something like WINE or Crossover, the commercial version based on WINE, to install Windows software into Linux.

The freeware version did not do it for me (too difficult to use) and I found the commercial version in Xandros very easy to use, so I decided to give Crossover for Linux a try with Ubuntu. There is an evaluation version which you can try for 30 days, so I downloaded it to give it whirl.

According to CrossOver Linux, it

“…allows you to install your favorite Windows productivity applications, plugins and games in Linux, without needing a Microsoft Operating System license, and integrates seamlessly with your Gnome or KDE environment.
CrossOver Linux lets you use many Windows plugins directly from your Linux browser. Plugins work on any x86 based Linux distribution and will integrate with most browsers including Firefox 1.x, Netscape 6.x, Konqueror, Mozilla, and Opera. CrossOver also integrates with Gnome and KDE to let you transparently open any Word, Excel or PowerPoint file. But even better, you can open these attachment types directly from any mail client.” (selected excerpts)

The list of CrossOver Officially Supported Applications is impressive (62 programs) although note that not all features may work. Also check out all Windows Software Converted by users – a long list with varying success. Also take a look HERE to get an idea of what it takes to solve some problems.

To give this a whirl, I downloaded the DEMO version and tried to install it with no success. I went to the CrossOver Office Standard Users Guide FAQs for help and it took all of one minute to figure out how to install it. I had to install Crossover using the command line by executing Terminal.

By typing ls, I found that I should install the download file into my Home folder; once there, I then typed the following to install Crossover:

That was it – once it started, it ran for about 2 minutes and was done, ready to go. Overall, an easy install once I figured out how to run it. Once installed, there is an entry in the Menu for Crossover – select it and select Install Windows to start. I did this first for Microsoft Office XP successfully: 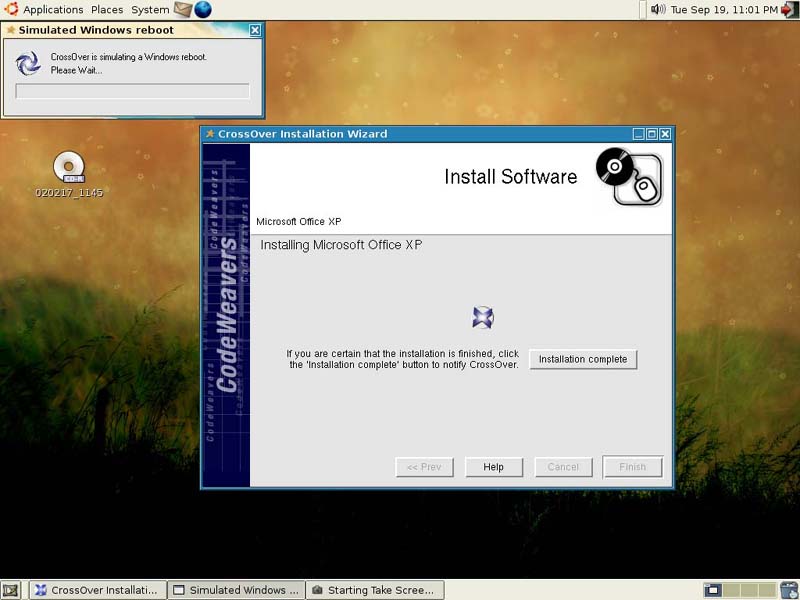 I was able to use Word and Excel without any hitches, although I did not try anything rigorous. I also installed Photoshop 7 and it seems to run OK with the exception that I can not directly import scanned images and selecting one of the printer settings results in a hard freeze. I did install earlier versions of Photoshop (4 and 5) no problem and also with Microsoft Office 2002, all pretty much without a hitch.

Now I wanted to install some Windows apps that were not on the “Officially Supported” list, with the following results:
{mospagebreak}

Bottom Line: Success with unsupported apps is a crap shoot – you have to be VERY determined and have a lot of time to debug an unsupported app: IMHO not worth the effort.

Crossover handles this easily – it loads apps into “bottles”, which are self-contained files for each app. This makes it very easy to remove programs that do not work. You launch Configuration and with it you can either remove a component within a bottle that does not work: 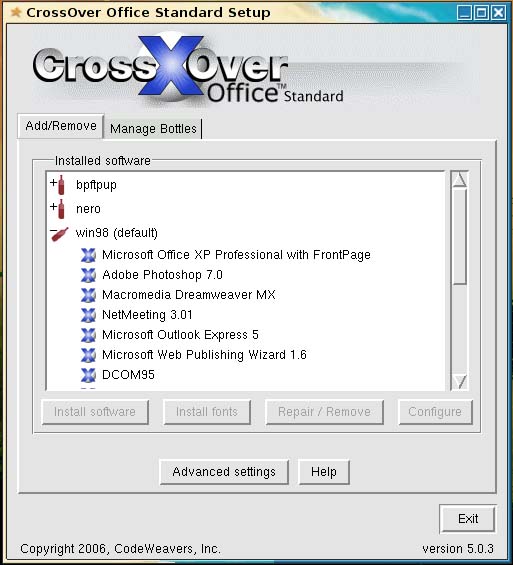 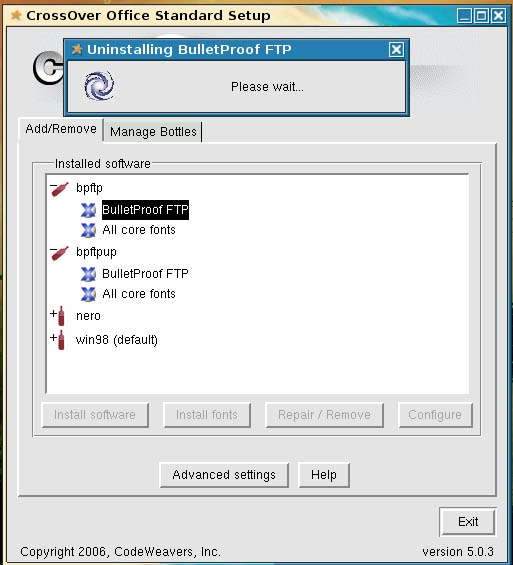 Or totally remove a bottle, as I did with Nero and some others: 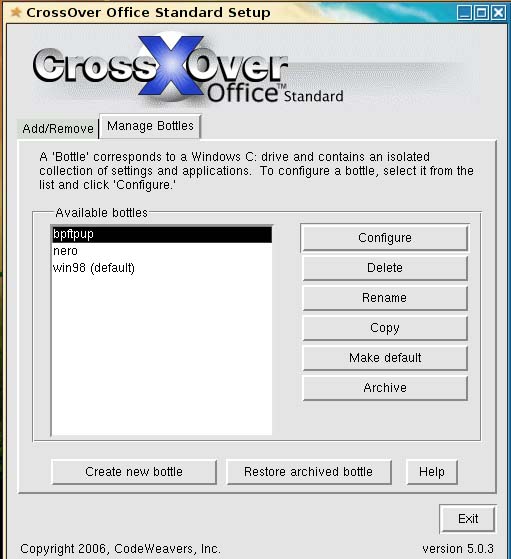 Overall, a nice set of GUIs to easily use Crossover.

For this article, I took all these screenshots with an Ubuntu app, loaded the pics (with .png extension) into Photoshop 7, edited and saved them as .jpgs for this article. I am impressed with Crossover’s ability to enable some very heavy duty Windows software to run in Linux, but also recognize that it’s a great crutch that should not be relied upon long term.

As a means to ease the transition from Windows to Linux, this product can really help – I liked it enough that I decided to buy it ($40), maybe more to play with than anything else. At a minimum, give it a whirl – there’s a free 30 day evaluation version, so what’s to lose?

If you want to see visually the mess upgrading to Windows 7 entails, this chart is an eye-opener. Ubuntu anyone?

Help! My PC is slow!

You are the computer go-to person when friends/family/casual-acquaintances say something like “My PC runs slow – can you take a look at it?”

The scope of this guide is limited to repairing a web database that has been attacked by SQL injection.