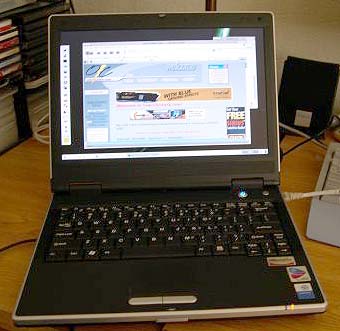 Early last fall, I was in a need of a laptop. This laptop had to be light, speedy, and it had to have a modest feature set. As with a lot of people, this laptop wasn’t meant for replacing the desktop – thus I set the budget cap at $1000.

Browsing through PC Gamer magazines, I repeatedly saw advertisements for systems made by Cyberpower. Despite the cheesy name, I looked up their website and checked their notebook models – their entry level notebook was the Xplorer U3-1000. The specs were fairly customizable, giving you a lot of options as well as listing the cost of upgrades. Below are the listed components that I opted for:

The total including tax and shipping amounted to just under $1200. Although this was 200 dollars over what intended to pay for, it was worth it. Compared to the Dell and HP equivalents, I had gotten a deal.

At 4.1 pounds, this laptop was quite portable and was easy on the back. The battery life wasn’t too great, lasting roughly 90 to 110 minutes. The display itself came with no dead pixels and it proved to be quite bright. Touchpad buttons were a little too clicky but tapping suited me just fine.

Heat wise, this laptop can get pretty hot but luckily the chipset supports speed stepping, which I will explain in a minute. The outer casing on the LCD side takes abuse fairly well but also gets marked up in the process: 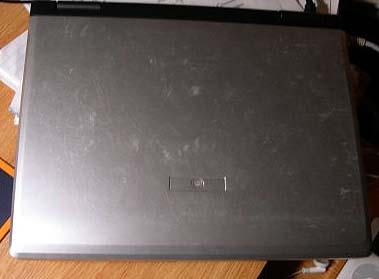 I find the markings give it a rugged look. Overall, the laptop is physically capable 🙂

Lets see how it fares on the software side:

The laptop came pre-installed with Windows XP Home Edition and Nero Express 5.5. For DVD purposes, Cyberlinks Power DVD was also included. To my surprise there were no bloated software installed at all; no unwanted desktop shortcuts and no proprietary programs that hogged system resources. It would seem like the vendor just did a fresh format and install. Being an experienced PC user, the lack of extra programs was a plus.

Gaming on this laptop was a so-so experience; Half-Life based games ran smoothly with constant 60 fps (vsync enabled) though there was a bit of ghosting. Frankly, I haven’t tried out any new games on the laptop as the Intel Graphics Extreme 2 is comparable to a GeForce2. The laptop fares fairly well in non-gaming applications because the processor packs 2MB of l2 cache.

After a few weeks of use, I was turned to the light – I discovered Gentoo Linux.

This laptop is perfect for running linux as all the hardware is supported – wireless, apm, acpi, speed stepping, graphics, CD writing, and DVD. After installing Gentoo, I haven’t loaded up Windows in months :).

With speed stepping, the laptop’s heat became a non-issue as you can specify how aggressively you want to scale your CPU. Setting Xorg to use the widescreen resolution was easy (use gtf) and it made using the various desktop environments fun. Wireless was also easy to setup (emerge ipw2200 in Gentoo) and is actually more reliable than Window’s wireless management (in my opinion).

I am extremely satisfied with this purchase despite spending almost $200 more than my budget. It filled all my requirements – even ones that I didn’t have then. If you don’t care for support and just want a deal on a laptop, I would definitely recommend this laptop. 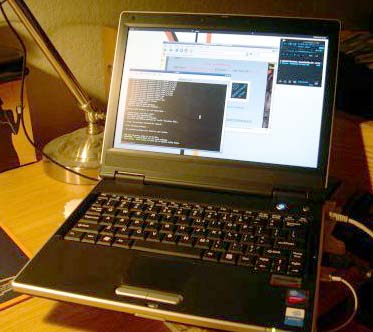 What Are You Getting For Your Money?

Today is desktop Hammer day. It’s been a long wait. Today will also be the coming-out day for the PIV EE. That has been a very short wait. 🙂 In both cases, though, the conclusions are the same. From the

Yesterday, I spoke about AMD’s well, less-than-current benchmarking. Little did I know that I would find another fine example of this today. Take a look here. The page is entitled “AMD Turion ™ 64 X2 Dual-Core Mobile Technology Competitive Comparison.”

I’ll just quote from the horse’s mouth: “With the production ramp in Fab 36 progressing on schedule, the company intends to make 90nm production shipments in the first quarter of 2006 and begin 65nm production by the end of 2006.