UPDATE: A number of readers commented on the psi difference between the copper and silver versions – the reason is quite interesting – details HERE.

SUMMARY: Good choice for CPU cooling, but needs a good waterpump to perform. 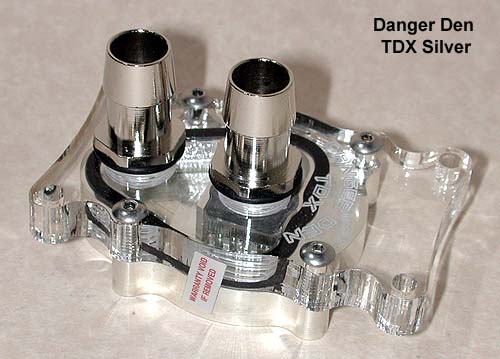 Jeremy over at Danger Den was nice enough to send their TDX waterblock to test – this one made from silver.

The design is the same as the TDX copper with the obvious exception that it’s made of silver. The rationale is that as silver has a higher thermal conductivity than copper (406 vs 385), it should perform better. Whether a 5% difference translates into a measurable advantage is the key question.

This waterblock is designed around “accelerator plates” which serve to accelerate the waterflow to a high pressure stream: 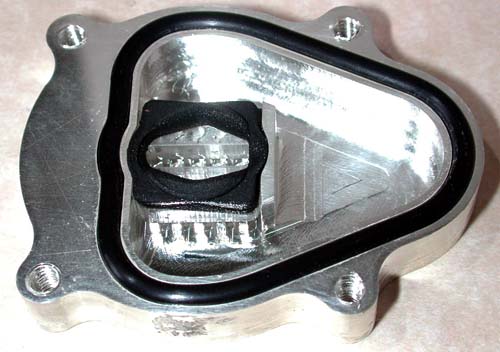 In addition, there are 6 channels machined into the base to increase turbulence: 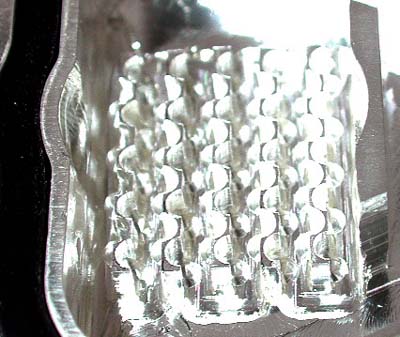 I also noted that there is no way the accelerator plate can be misaligned – the plate features two “bumps” so that it can only fit such that the slit fits over the channels. 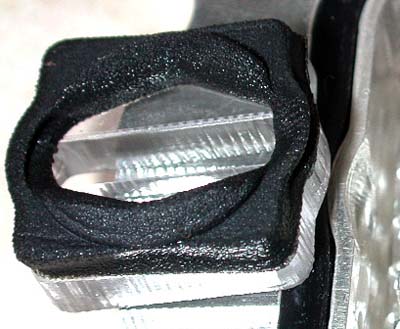 Danger Den’s blocks carry a warning label on it stating “Warranty Void if Removed”. This does not mean that if the consumer who buys the block were opens it up, the warranty is voided. Danger Den informed me that “…the “Void” sticker is used to guarantee a sealed water block (leak tested) to the customer. We still have 100% manufacturer defect warrantee even if the sticker is removed.” See their FAQ HERE. 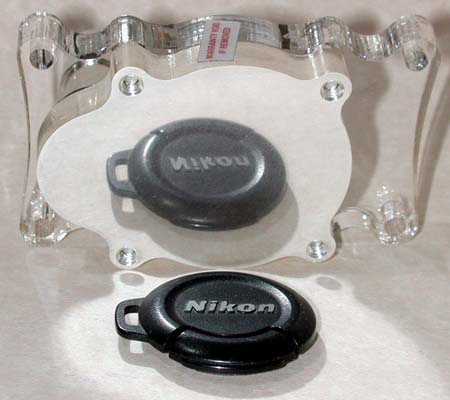 is well finished and polished.

Also available are additional “accelerator plates” for lower or higher pressure, and a blank so that users can try out their own design.

The TDX – Silver was tested using the CPU Die Simulator and Waterblock Test Rig. I used the #4 accelerator plate for this test.

Test Results indicate that the TDX – Silver’s pressure drop (or head loss) across the waterblock is moderate; flow resistance such as this means that TDX – Silver should function very well without using a very large waterpump, although anything less than 300 gph might compromise results, depending upon how restrictive other components are in system.

For a comparison of the Danger Den’s TDX – Silver performance to other waterblocks tested to date, see Overclockers.com Waterblock Test Results.

Danger Den’s TDX – Silver Waterblock is a very good choice for CPU cooling, but with moderate flow resistance, the TDX – Silver needs a waterpump of something like 300 gph to function effectively. Other components, such as a radiator or GPU block, will add to system resistance, increasing the waterpump requirement.

As to the difference between silver and copper, I found the silver base to be more consistent (lower standard deviation of test results) than the copper version, with essentially the same C/Ws. One could argue that as such, silver has a slight performance advantage over copper, but not overwhelmingly so.

For users who like to tinker, the accelerator plate design offers a LOT of possibilities for testing various ideas.

Thanks again to Danger Den for sending this our way.
{mospagebreak}

A number of readers commented on the different pressure readings between the copper and silver versions of the TDX waterblock. I did some further testing and confirmed the difference with the accelerator plates; I them removed the plates, retested, and found no difference – exactly the same psi reading for each block.

At first I thought that perhaps there was a difference between the plates; however, upon very close inspection, I found that the difference was caused by different seating of the accelerator plate between the blocks.

The first pic shows the accelerator plate on the silver block: 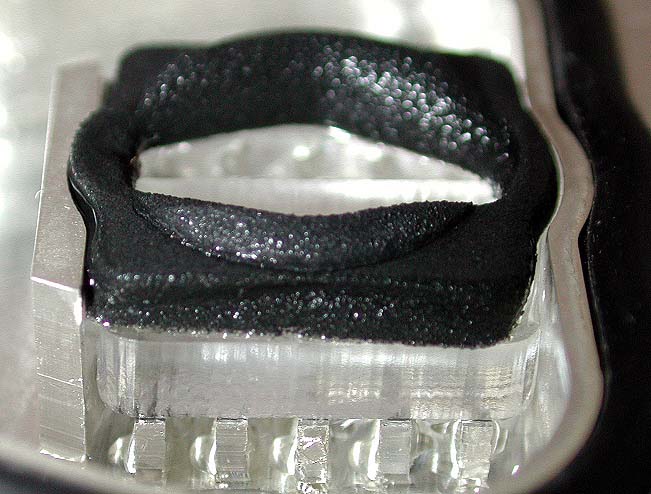 The next pic shows accelerator plate on the copper block: 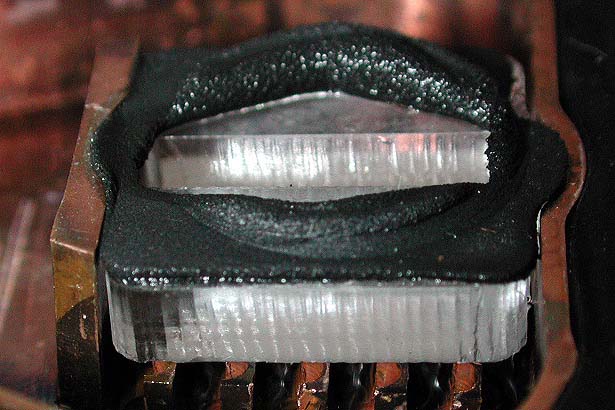 I found that the accelerator plate on the copper block seats about 1mm above the channels, accounting for the psi difference between the two. Users should expect the higher psi to be the norm rather than the lower copper block reading.

My Experiences With Extreme Cooling

Update 3/20/00: Two CPUs at over 1 GHz – will the motherboard melt? Persistance has its rewards: A little BIOS rewrite and now the 1/4PCI settings are available from the W177H PLL-IC Chip. Now with the PCI @ 1/4 133MhzFSB