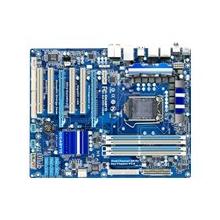 To follow on the heels of MIAHALLEN’s great article reviewing the Gigabyte GA-P55-UD3R last week, I decided to focus my search on finding the best Intel P55 motherboard deal.  The P55-UD3R is a midrange motherboard aimed at overclockers with heatsinks on the chipset and the voltage regulator.  You can see from MIAHALLEN’s review that this motherboard performs very well and the best deal I could find was $134.99 at Buy.com 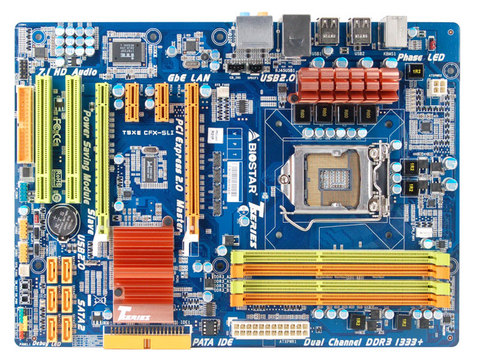 So is there a better P55 deal out there for overclockers?  The best less expensive competing motherboard I could find was the Biostar T5 XE which drops to 6-phase power.  There are two versions of this board floating around: the XE officially only supports CrossFireX and the XE CFX-SLI adds SLI support.  At Newegg.com these two version are the same price, but when I searched around I was able to find the CFX-SLI version for $104 at Frys.com after a mail-in rebate (MIR) or $119 without the MIR, which is still a good deal.  I couldn’t find many reviews on this board to compare the overclocking performance to the Gigabyte board, but Biostar historically competes very well at a budget price and I wouldn’t expect anything less from this motherboard.  It’s also very scarce on HWBot.org.

UPDATE 4/21/00: One of the issues with this board is its inability to easily recover from an overly aggressive FSB setting; most boards allow you to hold down the INSERT key and will boot up at a default setting –

Here`s my tongue-in-cheek version of my experiences with the K7TPro2A motherboard. I design and build custom systems for a computer distributor, from the basic to the full blown units. I decided to try this board as I keep my personal