This is a review of another eBay bought laptop, the Dell Latitude
L400/Inspiron 2100. 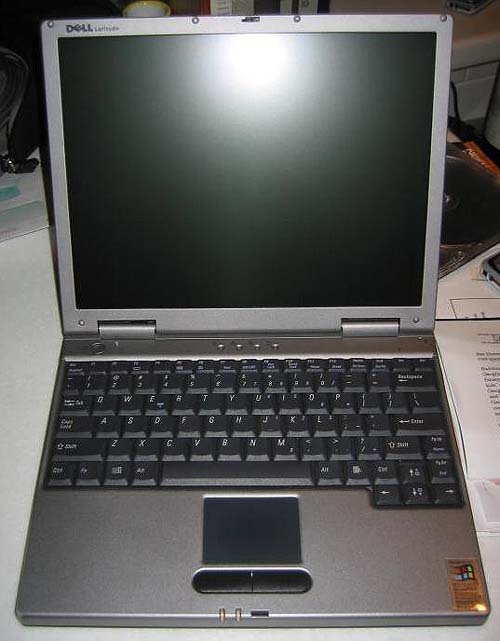 There are tons of these coming up all the time in the
$400-$500 range, so there isn’t that wait for the rare auction syndrome to
worry about. I got mine for $290 because it had a faulty network adapter and
wasn’t in the best cosmetic shape. 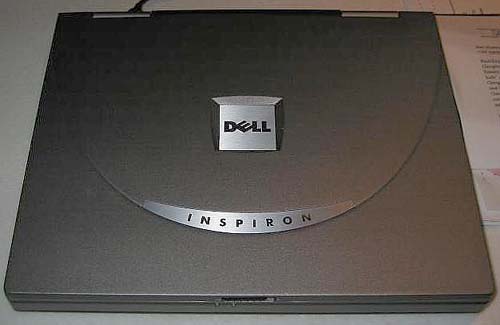 When I first got the machine it wasn’t in the greatest shape, but it worked
fine. These things are very easy to work on, and after field stripping it to
check it out, I decided to get new plastics and a keyboard for it – again from
eBay, and make it look cleaner. 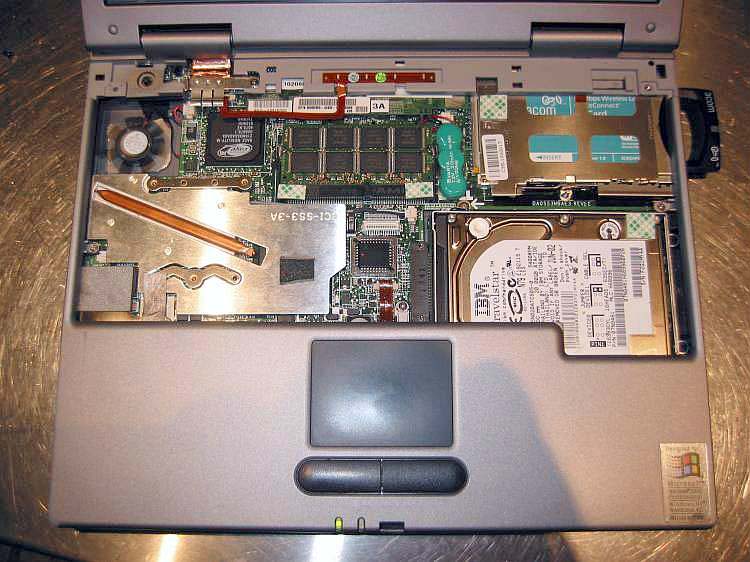 Then I moved my 20 GB IBM 5400 rpm drive from my old laptop to replace the
loud and slow 20 GB 4200 rpm stock Toshiba drive, a nice speed boost. Next,
the original cooling fan had a bad bearing and was loud, so I replaced it
with another eBay find, which was a fan from some Compaq Armada sub-notebook,
which, with some tweaking, I was able to fit in place and it cools well.
All told, I probably sank another $65 into the machine to clean it up.

Despite having an Inspiron outer case (that was what the eBay seller sent,
but it was brand new and only a few bucks, plus I think it looks better than
the Latitude version), this is a Latitude L400. As is the case with Dell
notebooks, there is an Inspiron 2100, which is a carbon copy except for the top
cover. 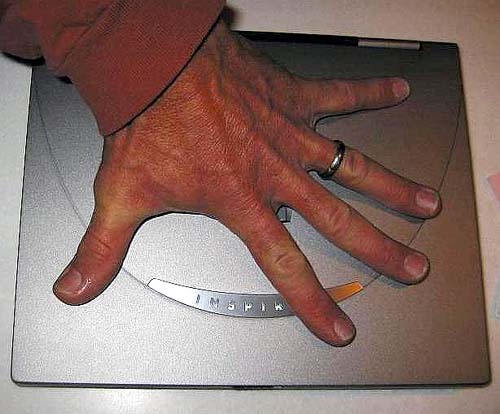 Another nice add-on is a 3COM wireless PCMCIA NIC with a retracting x-jack
type antenna, so when not in use it pushes in flush to the side of the case
– very nice if you have an old laptop without built-in wireless, but don’t
want the wireless PC cards that all have the big antenna protruding.

As you might have noticed from the specs and the pictures, this is a nice
small sub-notebook in the 3.5 pound range. It gives up any integrated optical
drive or floppy like most sub-notebooks, so there is an external media cable
to hook up an external CD ROM. To load an OS, you have to have this cable and a drive,
as the BIOS cannot boot from a USB drive. 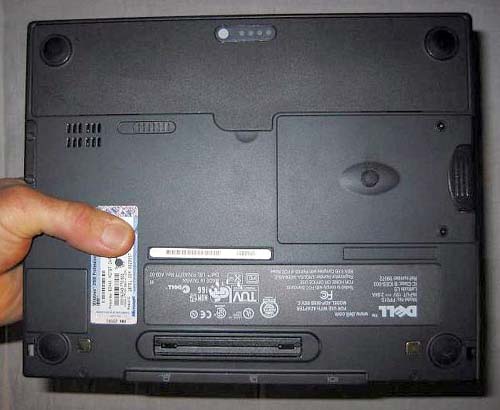 Another limitation is its maximum installable memory – 256 MB. I
personally like Windows 2000 or a very streamlined XP install, so it is
plenty quick, especially with a 5400 rpm hard drive. It has the original
battery in it which, with the screen dimmed to its lowest setting, will
still give close to 2 hours of run-time

All in all my goal of a cheap but relatively powerful sub-notebook was
mostly reached. Of course, I wouldn’t mind having one of the newer Centrino
based sub-notebooks – but who wouldn’t? And sometimes I miss my old IBM T23,
but I like not having a sore shoulder at the end of the day more.

Ed Note: I don’t own a Dell, but one thing I like very much is the documentation available from Dell, including (gasp!) a very thorough Service Manual. I recently worked on a Dell 7000 for a friend and the manual was a BIG help.

No, not mine, but a close relative’s. Here’s the problem. The assignment is to come up with a RFP (Return For Proposal) for an ecommerce installation for a management class. The instructor is clueless. For instance, his minimal requirement for

When a new generation of processors come out, overclockers have two initial questions about it: When will it come out? How much will the cheapest one be? HKEPC.com has the answers to those questions in its latest Intel roadmaps. First,

A marvel of craftsmanship, beautiful, plus, it performs as good as it looks – Brian Berryman