Here’s hoping you had a good Xmas. Mine ended with a SNAP!

On my very first try at installing my new Cumine 700 cCO chip in an IWill II Slocket I snapped one of the lugs off. — Now! I was Pissed!

Angry though I was, I could not/would not go out in the Boxing Day crush for man nor mechanical beast so I was up the proverbial creek.

I sat there feeling like an idiot for about an hour gazing woefully at my screwed up Slocket when I noticed those tiny black rectangles on the Slocket PCB (lower right corner).

I had seen what others had done from epoxying little metal hooks in lieu of the lugs – bolts with fiberglass – and GOOP or Silicone 150 in the corners of the block. I had no GOOP left so I was in POOP! So-o-o-o…

I took out one of my large, ‘Tech Ties’, and cut off the little pieces shown below.

I then shaved off the other lug and tidied up what was left of the busted one and epoxied those tiny suckers directly under and in front of the now defunct lug position as standoffs.

Before all this, I had planned to epoxy the “Tidal Pool Bracket” directly on the slocket (I had ordered an extra bracket) for my copper block.

(By the way, you will have to get a longer bolt to fit this well-designed bracket on the copper block. It goes without saying: DON’T EPOXY THE SLIDING POTION OF THE SLOCKET TO THE BASE!) 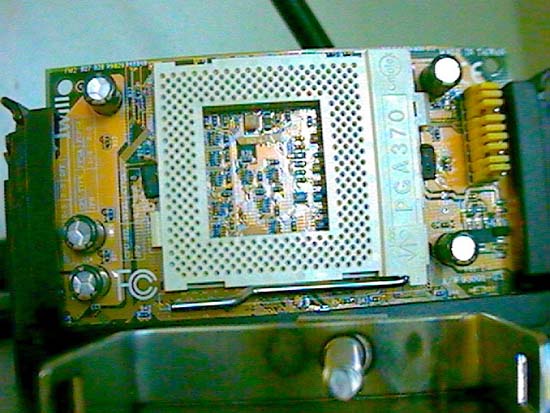 The reason why I attempted this in the first place was that this bracket stood by itself in perfect position without the lugs.

I started by putting a very small amount of epoxy on the very bottom of the clamps and stood it up in the proper positioning.

I let it dry, then slowly built up each side one clamp at a time. A little here, a little there.

I also made sure to epoxy to the large lugs on both sides. In the picture below you will see the finished product. 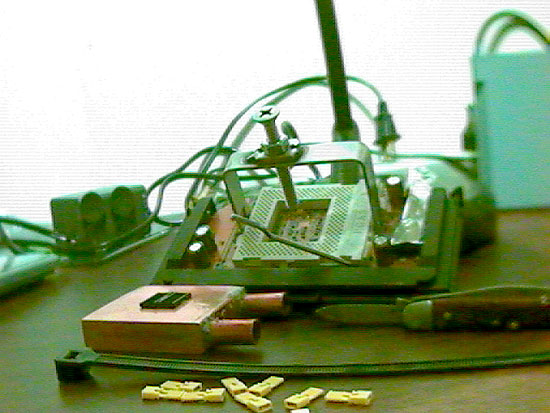 Lousy pic I know, but you can see that I removed those jumper thingys for better access and covered the pins with some tinfoil.

You can also see that I put a couple of pieces of the “tie” directly on the block. That’s because the damn block skitters all over the place with the slightest movement of the lines.

I’m hoping this will give a little purchase to the bolt. Probably overkill but, what the hey?