SUMMARY: A “roll your own” contest – four interesting waterblock designs.

Ben was instrumental in getting some watercooling DIYs to send me waterblocks they made for testing – a friendly competition.

I thought readers would like to see what these guys did in designing and fabricating their own waterblocks.

Ben adapted a Thermaltake heatsink for watercooling. The base 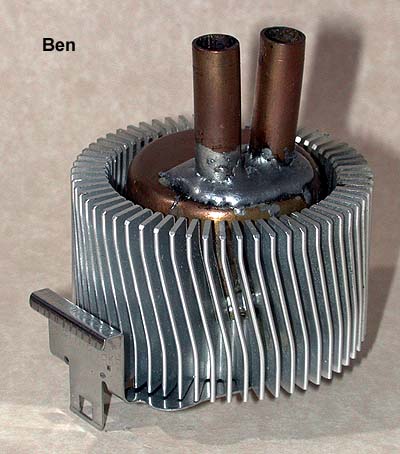 is very smooth – a nice lapping job. This design makes Socket 370/A mounting a snap, although care must be used with this one. This is the only aluminum base block. 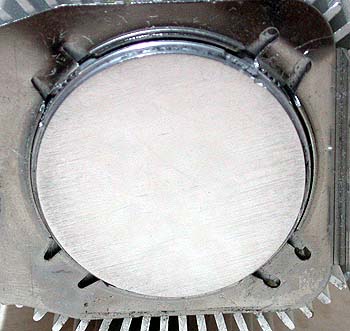 Brook sent in two blocks. This is the larger one: 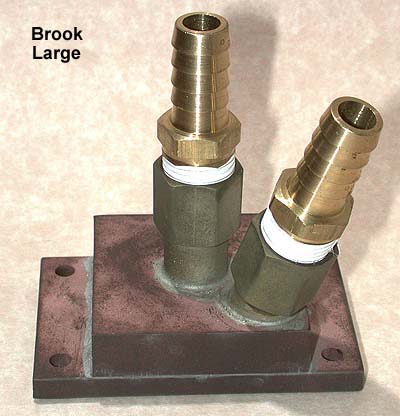 This mounting plate is set for Socket A use. The base 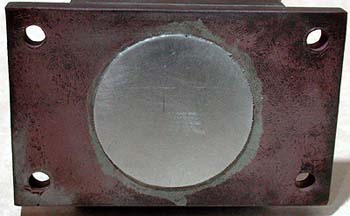 is silver – looks like a silver coin was used. Brook did the same thing in a smaller version: 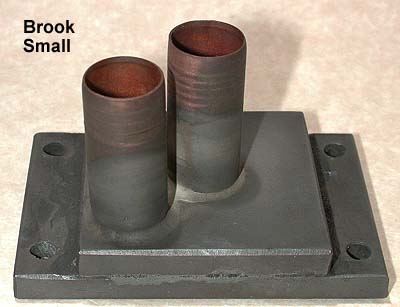 The pipes are 5/8″. The base uses a smaller silver coin: 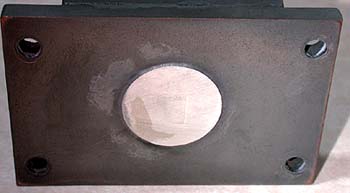 Both of these required a lot of lapping to smooth it out.

Jonathon’s block uses a plastic top bolted onto a copper base. 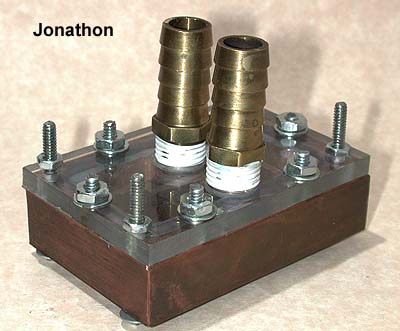 The base has a little maze cut into it: 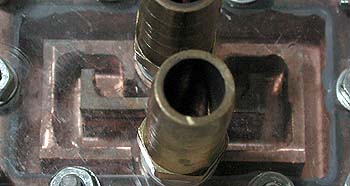 The idea is to use the channels to increase turbulence inside the block. The base 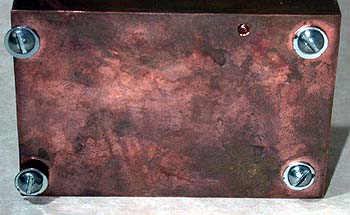 is flat and smooth – the mottling is due to coloration differences and should not impact performance.

The smallest and lightest of the blocks – reminds me of the Union ship Monitor. 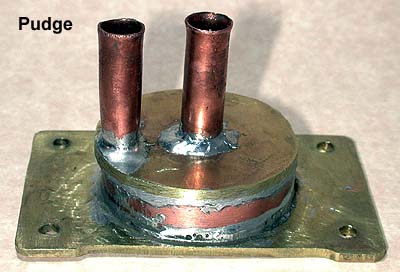 Pudge sent a picture of what he crafted inside: 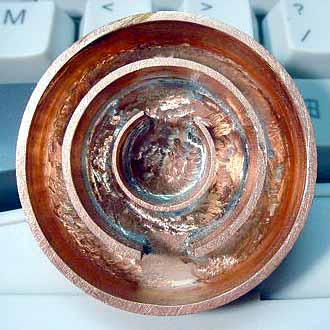 Looks like a nice pattern to keep things hopping! The base is very smooth – a very nice lapping job. 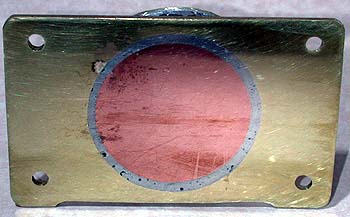 To test the blocks, I used the same waterpump, fan and radiator and only changed waterblocks. I used the Die Simulator. The first thing I found was that Brook’s large waterblock developed a leak after about 15 minutes into the test while on the test stand. I was out of the room and came back to a flood!

The bright side is it forced me to clean up my work area – it hasn’t been this clean since I built it!

Anyhow, Brook’s large block did not make the cut. Jonathan’s block showed a very small leak at the base of one nipple; some further tightening should clear it up – not enough to warrant aborting the test.

Jonathon’s maze waterblock was a clear winner. As a sanity check, I ran Jonathan’s and Pudge’s blocks on an Iwill KK266+ that has been modified to read AMD’s diode, with the following results:

An interesting range of designs from intrepid DIYers. With a bit of effort, it’s possible to “roll your own” and develop a very good waterblock.

Intel ducked a bullet last night, but the fear of recession will plague all tech companies for the foreseeable future, some more than others. Read More

After over ten years of running Overclockers.com, I decided the time was ripe to pass the torch on to others.

Trials and Tribulations in Peltier Application (or What You Get for a $100 Prize, Thanks Overclockers.com!)