SUMMARY: The Duron 800 is about the surest way to break the “Gig Barrier” with air cooling. 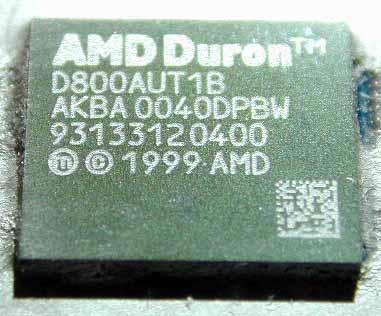 The “snow” is Arctic Silver.

I was at a local computer show last weekend and decided to pick up a Duron 800 as a “safety” CPU – I killed one Duron already through too many heatsink mountings. In addition, with AMD’s impending multiplier locking, spending $105 for it did not seem out of line. I also picked up an ABIT KT7 (no raid) for $120 – I’ll post come comments on this board shortly. 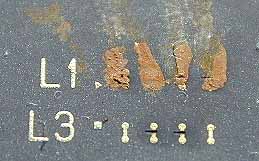 I cooled the Duron with an Alpha PAL6035 using an ADDA 27 cfm fan and a Papst 33 cfm fan – both handled the Duron @ 1000 MHz without any problems. I then tried water cooling to see how far it would go; at 1050 MHz, it would freeze at the Windows splash screen. It looks like most Durons will do a gig OK, but after that it’s the special chip that will work reliably beyond that.

I ran a set of benches using both the ABIT KT7 and ASUS A7V:

Not bad for about $100 (and dropping), but clearly not as good as the Intel PIII 700E (Compare HERE). The ASUS turns in marginally better scores, most likely due to slightly better memory bandwidth; the ASUS has a setting for 7ns SDRAM while the ABIT has an unspecified “Turbo” setting.

Although you’ll pay about double for the PIII 700E, you won’t get double the performance. However, the upside potential on the 700E is greater depending on how aggressively you want to cool; I think the Duron pretty well taps out here and more aggressive cooling is a clear exercise in diminishing returns.

In sum, price/performance clearly favors the Duron assuming you have a Socket A platform already. The PIII 700E is pretty tough to beat for an Intel upgrade. Celerons – you must be kidding; not even in the same ballpark.

Stuffing The Ballot Box A few weeks ago, someone wrote me and said that we weren’t a horribly popular website because we had only gotten a handful of votes in some poll, and that some other website had ninety times