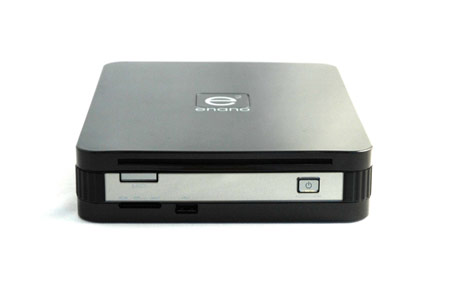 As we are now starting to see 1000 watt PC power supplies, I was interested to see the Enano PC. This is a PC in a 8.8″ x 6.8″ x 1.65″ footprint which uses power sparingly – about 20-25 watts during “normal” use and up to about 65 watts stressed. Enano claims that they are “95-percent quieter, 80-percent more energy-efficient, 65-percent cooler” than standard desktop PCs. 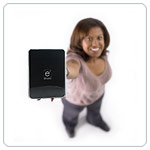 Small does not mean cheap – the lowest price is $650 and gets you this package:

The top-of-the-line model costs $1825 and gets you this package:

Note that both are using shared video, so if you’re thinking gaming, I don’t think this will fill the bill. I perused the manual and should point out that there is an external power supply, so it’s not a self-contained unit and this adds some clutter. The Enano has an impressive array of ports, as shown below:

I also saw in the manual this BIOS screen: 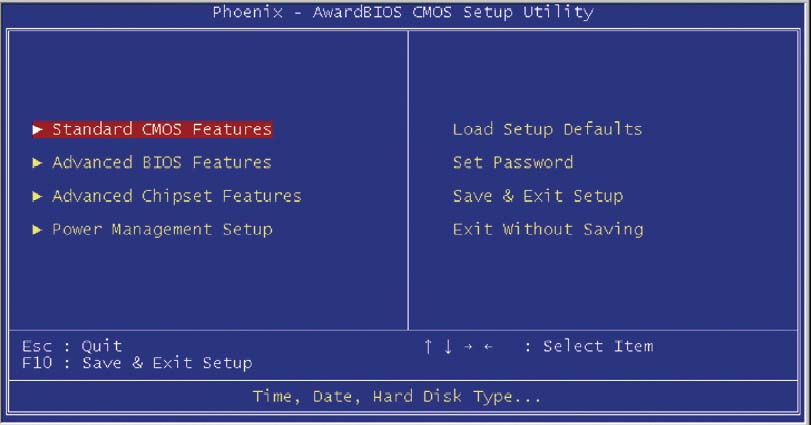 Unfortunately there were no screen shots for the options indicated – I wonder if it can be overclocked?

As I noted above, you get all this with about 20-25 watts during “normal” use and up to about 65 watts stressed. This reduced power level is achieved by using laptop components and low-power CPUs. After Intel hit the thermal wall a while back with the Prescott CPU, brute power CPUs have been de-emphasized.

How much PC is enough? Laptops, the Mini-Mac, SFF and the Enano are symptomatic that it does not take all the much power for using email, word processing and the internet, and reduced-footprint power-efficient PCs will take a definite, and growing, share of the market. However, until standards are in place, the price will remain higher compared to a desktop solution.

Does a $1,000+ price differential justify the energy savings? I doubt it. Small footprint PCs are taking share because consumers don’t need big PC cases full of air for their PC basics, and it does not look like there is a killer-app that will reverse this trend.

I’m Not So Bad

MP3 pirating is in the media, and thought to be larger scale simply because of the sheer volume of MP3’s that travel around. But when you think about it, how much is ONE mp3 really worth? Let’s say the average

Intel talked about their future plans the other day, and announced that between now and 2010, they will introduce two new microarchitectures, Nehalem in 2008 and Gesher in 2010. I can hear the yawns already, but really, this is a

News Item: Samsung To Push Solid-State Drives News Item: People Start Trying To Crack Vista (And, no, Vista hasn’t been done yet, despite any accounts you might have read. What’s out there right now isn’t a crack, it’s a stall