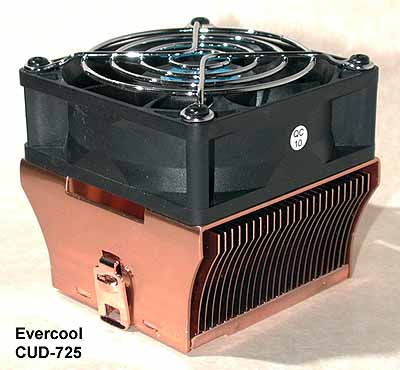 The good guys at Evercool sent over their Evercool CUD-725 to test out. This is an all copper heatsink sporting 24 fins. The fins 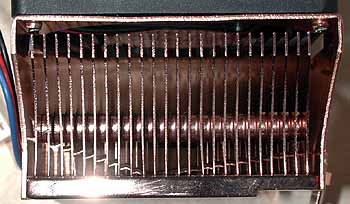 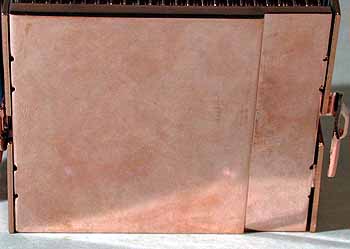 is quite smooth (actually polished) and flat – a very nice job.

The clip engages one lug of the socket and requires a screwdriver to mount. The slot for the screwdriver tip is not as wide as I’ve seen on some others, so make sure the blade is narrow enough to fit into the slot – slips can be fatal to the motherboard.

In summary, a beefy all copper heatsink with a tolerable 70mm fan.

The Evercool CUD-725 was first tested on the CPU Die Simulator which gives results that are unaffected by motherboard influences. I then tested it on an Iwill KK266+ and Shuttle AK31, modified to read AMD’s on-die diode, as an example of what users might see on their systems.

All told, the Evercool CUD-725 is a very good performer with tolerable noise levels – a very nice performance/noise tradeoff.