On June 29th, EVGA posted a teaser video confirming its plans to build an AMD Ryzen based Dark series motherboard. We have since learned of a second X570S AMD Ryzen board from EVGA in the FTW series. These two new boards will be the first AMD motherboards from EVGA since the days of Athlon 64. 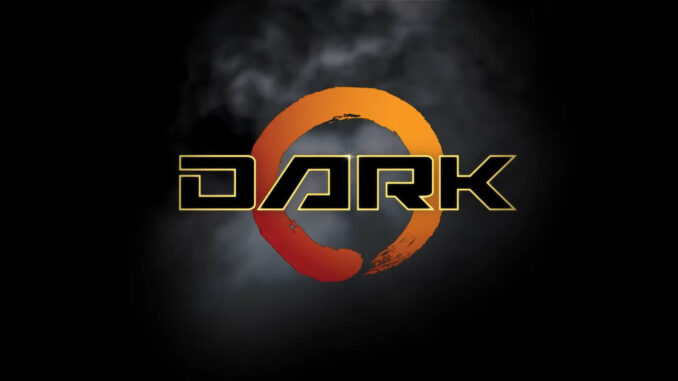 It is confirmed that the EVGA X570S DARK will feature a 90° rotated CPU socket and DIMM slots which allows for shorter traces and improved memory performance, just like the Z590 DARK. The DARK series is EVGA’s answer to extreme overclocking while using sub-zero cooling. Pictures of the new boards have not been leaked, but according to EVGA’s Vince Lucido (A.K.A. K|NGP|N), they will maintain the look of the current Z590 boards (pictured below). 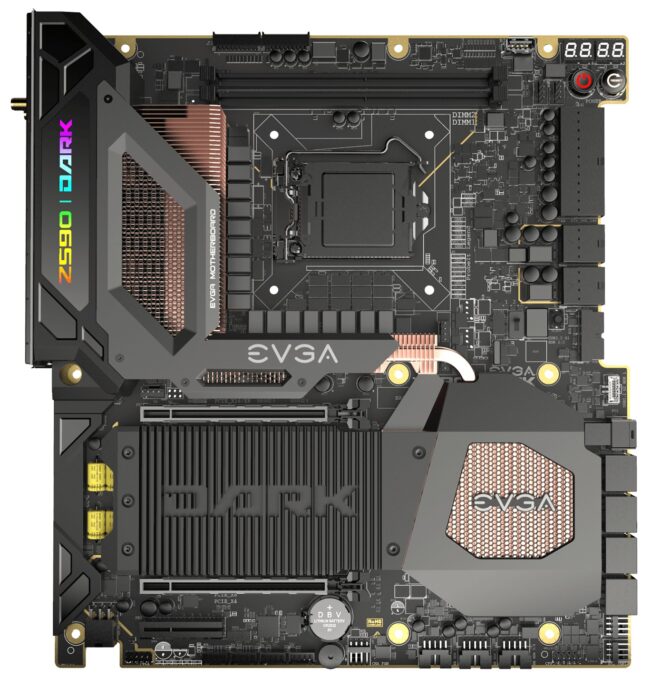 The EVGA X570S FTW motherboard will be geared more towards enthusiast-level consumers and features a more traditional layout, again, similar to the Z590 in style and design. Designed for high overclocks the FTW series is best suited for the majority of users utilizing air or water cooling. Availability is expected later this year for both motherboards, most likely in the third quarter, while pricing is still just a mystery. 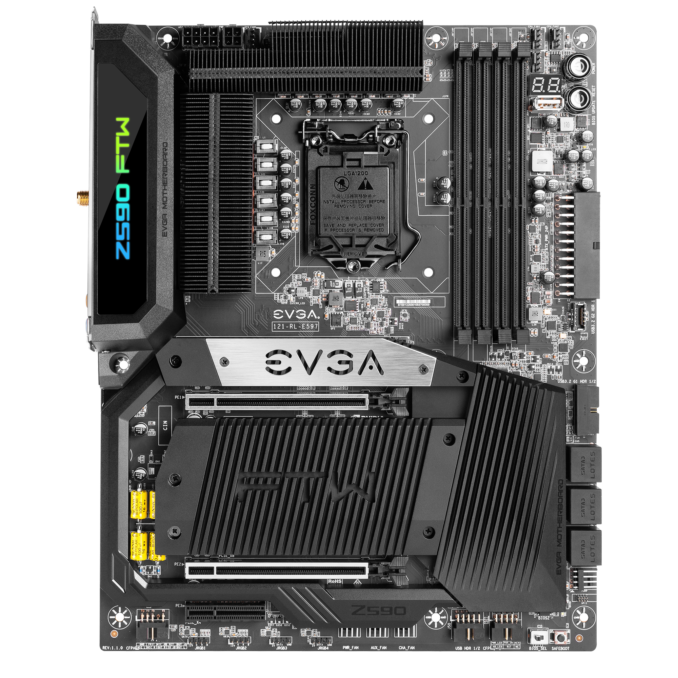 Today we’ll have a look at the ASUS ROG Crosshair VI Hero which, at this time, is ASUS’ top of the line performance board for the AM4 socket. From the early days of socket AM2/AM2+ with the introduction first ASUS Crosshair, in AMD land, the name has always been synonymous with performance. Over the years, I have had four different Crosshair motherboards and can say I have never been disappointed. Today I have my fifth Crosshair sitting in front of me and just by the look and feel of it, I can tell the quality is there.

The AMD Ryzen CPU and AM4 platform are still new and as such you should expect a few growing pains. That being said, I’m certain given a bit more time most, if not all, of the bugs will be worked out and setting up this platform will be as easy as any other. At present there are some limitations with memory timings, this is driven by AMD not the motherboard manufacturers. This will be addressed in future AGESA updates delivered with your motherboard’s BIOS.

Sometimes it’s nice to see that good things can come in small packages. For us overclockers, HTPCs are the first thing that come to mind where smaller and quieter is better.

Current rumors for AMD is maybe early 2022. With the overall shortage and such I wouldn't have any real clue as to the length of time the wait could be. That will be where DDR5 comes into play and such.

OCF doesn't have one for review, yet. ;)

I have mixed thoughts about it. Those who wanted something good for AMD, already got it and wait for the next-gen ... or will skip it. Not to mention their Z590 motherboards are not even available outside of the US and Z590 Dark is not available at all, while the next Intel gen is quite close. So they invest all the money in products that won't sell or will be already "old" when will be available in stores. Most who were waiting for EVGA motherboards had enough and went with the competitive brands. On the other hand, ASRock and Gigabyte failed their enthusiast/overclocking series premieres too (OCF/Tachyon), but at least ASUS Apex is on the market for some longer.

EVGA isn't known for releasing perfect OC BIOS. As far as the last Dark mobos were pretty good then most FTW or earlier Dark had a lot of problems just after release. In short, overclockers rather get the ASUS ROG series and make it easy than risk their money on EVGA. Overclockers who are after OC records are mainly sponsored so they get stuff for free, and those who aren't, buy stuff just after release to quickly get on top of the ranking. Where is EVGA, ASRock, or Gigabyte with their enthusiast series? ... about 4-5 months behind.

The next thing. For a couple of years, you can get not much worse CPU OC results on cheaper gaming motherboards than on these top OC motherboards. In reality, these top motherboards are usually overclocking RAM better, but not CPUs. The bigger problem is to find a good overclocking CPU than a motherboard that will push it above 7GHz. Even Supermicro had a world record for some time on their Z490 motherboard.

I thought I will buy EVGA Dark ... 4 months ago. Then I thought I will grab a Gigabyte Z590 Tachyon ... I was waiting for 3 months and gave up. Somehow I didn't want ASRock OCF. In the end I left with MSI Z590I Unify on which I had top 12 memory clock result and the next gen is close enough that I don't feel like I want to spend $600 (local expected price) on "already old" generation.

I'm hoping this signals they'll release a Threadripper version of the dark...

I'm leaning in the direction of a Threadripper after the debacle of trying to get my Gigabyte nvme adapter working on my Dark Hero X570...