Recently were we provided a Forsa 7900GTX for review by etoys4less – today they bring us its little brother, the Forsa 7900GT.

The 7900GT is Nvidia’s middle weight contender, packing the same core as the 7900GTX, this time with no internal changes, unlike the 7800 series cards where the GT was severely crippled. Running at 1.2 volts, the 7900GT is capable of utilizing a very small 1 slot cooling solution. Temperatures idle around 42ºC and close in on 60ºC after a heavy gaming session – very impressive for such a tiny cooling solution. Let’s move on to card and system specifications and see what this card can really do:

For testing the gaming performance of this card, we will use the same benchmarks as for the 7900GTX and compare the two. To get started we will take a run through the 3DMark suite where you will see that the slower clock speeds less vRAM do have an impact on this card’s performance. Then it is on to time demos to get a feel for what to expect in the games we play on a day-to-day basis. 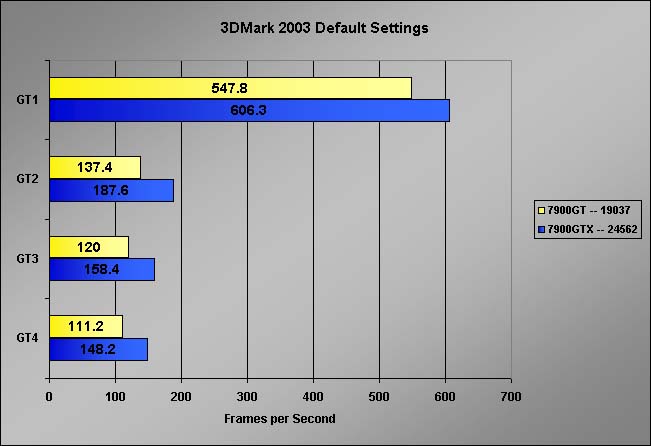 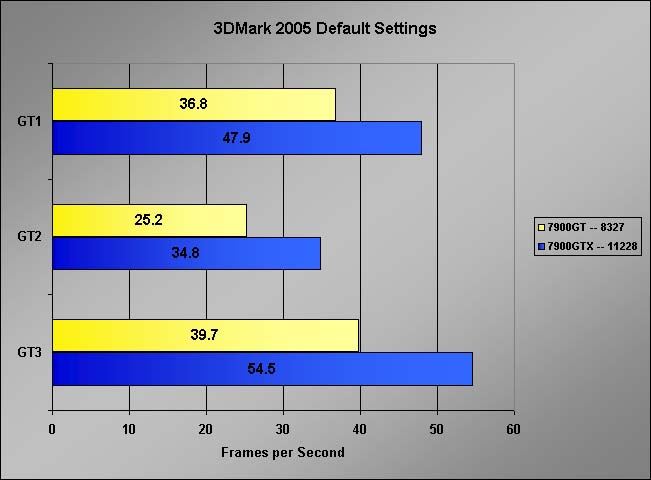 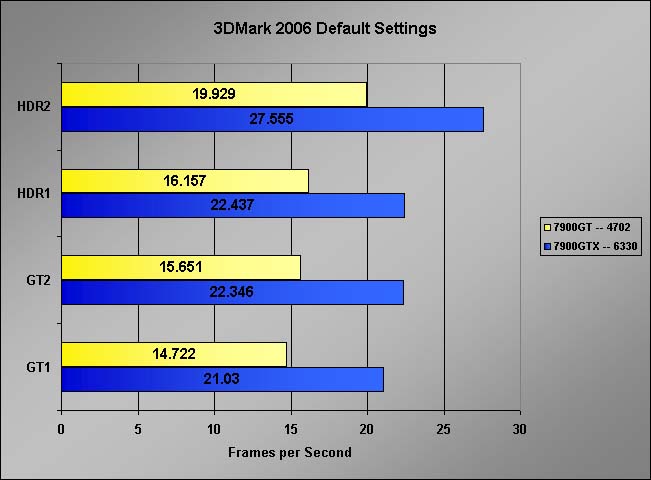 F.E.A.R. is one of those games that no matter how much video card and CPU speed you throw at it, it still seems to struggle. That is still the case here. Both the 7900GT and the 7900GTX struggle to provide playable frame rates at 1600 x 1200 and 1920 x 1200 resolutions. However, if you can deal with lowering the levels of filtering and setting some of the details to a medium as opposed to high setting, you can get a much more playable experience at the price of slightly reduced image quality. 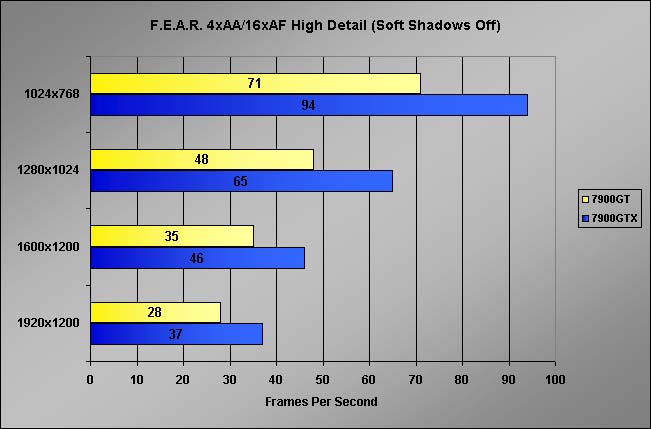 The custom Half Life 2: Lost Coast demo combines both indoor and outdoor fighting scenes with HDR lighting. If any of you are familiar with the game, the time demo takes place in the church when the Combine attack, and the battle then moves out into the back court yard. The 7900GT has no problems with rendering all the details, with HDR and AF. The frame rate does dip below 60 fps at 1920 x 1200, but it is not noticeable and game play is still very smooth. 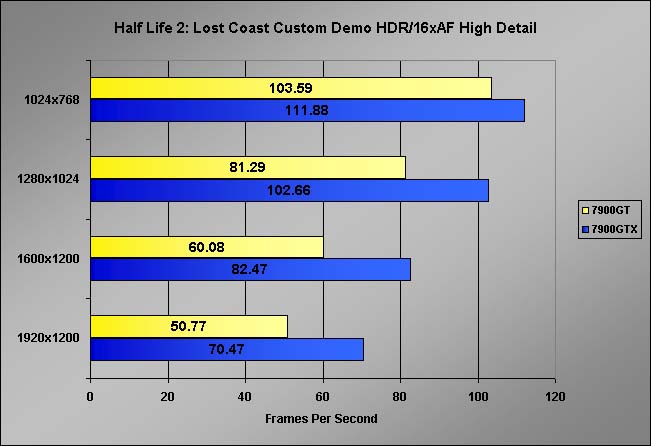 This is another one of those games that just loves to eat up computers. Even running a 5 GHz Pentium D with SMP enabled in the game, Quake 4 wants more processing power. With high details, AA and AF, the game play gets a little shaky, even at 1280 x 1024. Certain lighting schemes in the game really cause the frame rates to suffer.

While mostly playable with high details and AA and AF, if my life depended on winning I would consider dropping the settings. Just turning off AA and AF nearly double the frame rates in the higher resolution and, for such a fast paced game, you more than make up for lower image quality with the increased playability. 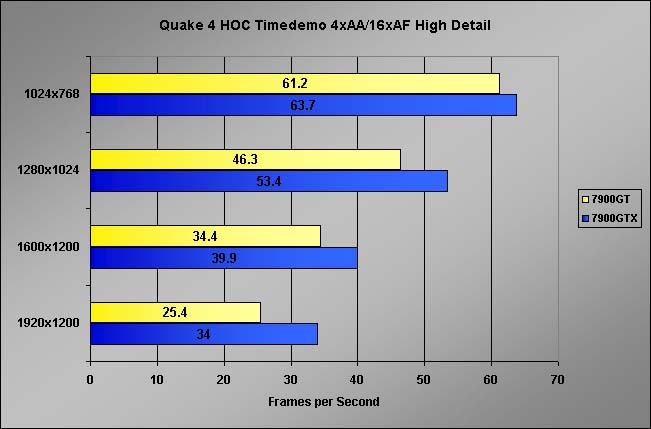 If you are thinking the same thing that is running though my head, you better stick around to see what this card can do later on. I keep asking myself “If I give this card 1.4 volts and put a reference GTX cooler on it, will I end up with a 256 MB GTX?” As the cores are identical on both cards, it should be interesting to see if the GT can keep up with its big brother with increased voltage.

Not to leave you totally hanging for results, a quick auto detect in coolbits netted 530 MHz on the core, a 17% increase in clock speed. Not quite enough to catch the GTX, but helpful in providing a few extra frames in the higher resolutions.

A top line performer at mid range prices, the 7900GT is almost as good as the 7900GTX and, at over $200 less, seems like a no-brainer. It has definately won the price vs. performance battle. The 7900GT only really begins to fall behind at the highest of resolutions. Simply put, if you are running an LCD with a resolution of 1280 x 1024, this is the card for you.

A special thanks to etoys4less for providing the card. It is currently On Sale for $274.99.

SUMMARY: A good aftermarket chip cooler that runs inherently cooler than some other designs. Crazy PC sent me a Thermaltake Chipset Cooler to test out; I have seen these around and wanted to see how they performed. The Blorb comes