SUMMARY: More than capable of providing high frame rates at high resolutions with all the eye candy on. The good guys at etoys4less were nice enough to send over a sample of Forsa’s 7900GTX 512Mb PCI-E Videocard to test.

The 7900GTX is Nvidia’s newest flagship card, replacing both the 7800GTX and the hard to find and very expensive 7800GTX 512MB. The biggest improvement with the 7900 series cards versus the older generation 7800 cards is die shrink, which leads to both decreased heat output and increased scalability.

Looking at the chart below

we can see that the number of pipes remains the same throughout both cards, but the big difference is the jump in clock speed from 430 MHz to 650 MHz – a 51% increase in clock speeds. With clock speeds approaching 700 MHz and 512 MB of RAM on board, the 7900GTX is sure to fly, so let’s stop talking about it and take a look at the card’s performance.

For testing gaming performance of the Forsa 7900GTX, both synthetic tests as well as game time demos were used. This type of testing gives the ability to see how the card ranks with others in standardized tests, as well as in the day to day games you will find yourself playing. For all tests, the default driver settings were used and image quality was set at “quality”. The in-game settings for detail, anti aliasing, atriscopic filtering, and HDR (where available) were noted for each benchmark.

The benchmarks that were used include 3Dmark03, 05, and 06, F.E.A.R. graphics test, HOC Q4 demo, as well as a custom HL2: Lost Coast time demo. All of the demos were run with the highest details settings, expect for Quake 4 which utilized high settings, as opposed to the ultra settings.

Maximum levels for AA and AF were used, expect when HDR was available and it was substituted for AA. While AA is a nice feature and most Nvidia owners wished they could run it with HDR, it just currently is not possible. However, most will agree that HDR adds more to the game than AA; enough with that debate – onto the tests. 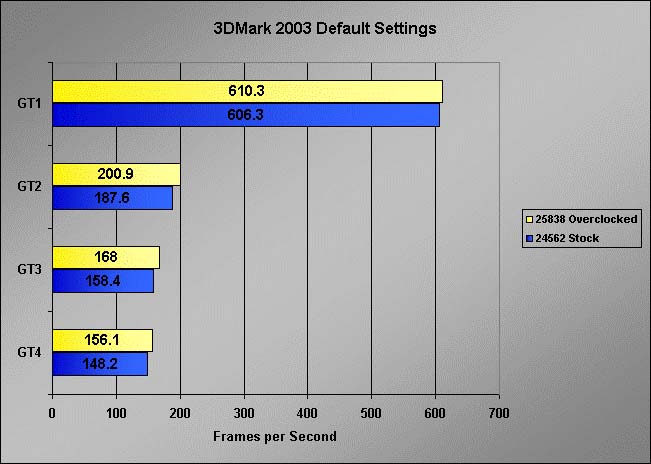 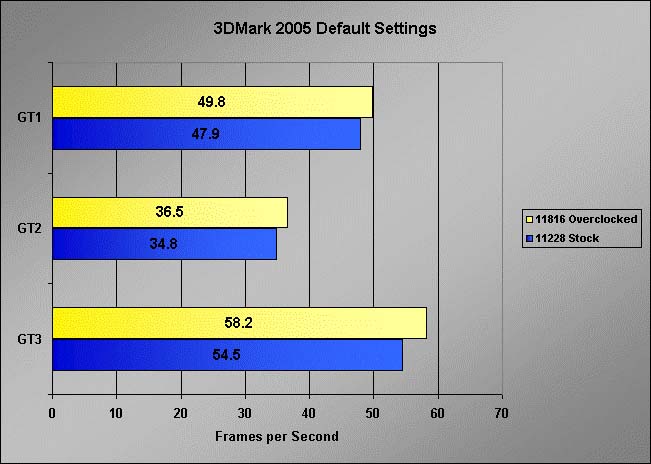 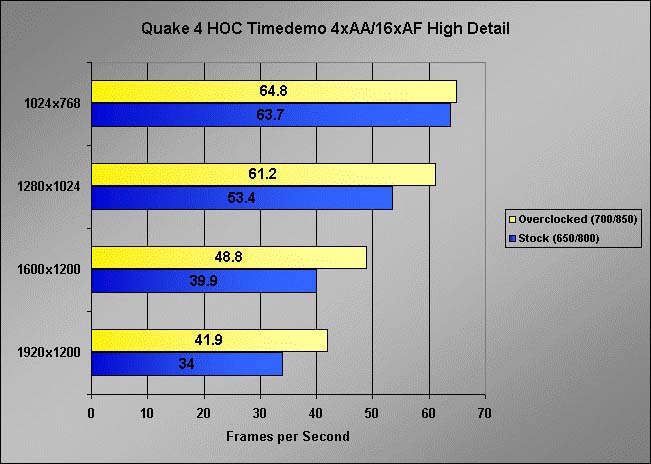 As seen above, the card was pushed to 700/850, a 50 MHz bump on both the GPU and memory speeds. It was stable through all the tests and had only a slight bit more head room left. With videocards coming with such a high clock rate from Nvidia, do not expect much overclockability. Still the 50 MHz was enough to earn a few more frames per second at all resolutions and was as simple as dragging a slider in the video card control panel once coolbits was added.

Nvidia defiantly hit a home run with this card.

Not only is it noticeably faster than the older 7800 series cards, it also runs cooler and quieter. The new heatpipe heatsink design can definitely take credit for that. This is one of the best stock heatsinks I have seen on a stock videocard.

Overall performance is on par with what to expect for a top-of-the-line offering. Forsa’s 7900GTX 512Mb PCI-E Videocard is more than capable of providing high frame rates at high resolutions with all the eye candy on.

Intel recently started making some of their Pentium III 450 MHz processors from P3-550 and even P3-600 parts. It seems that they just set the internal multiplier to 4.5, but use the same silicon and cache memory, either Toshiba-300 (3.3ns)

Since the card is already out of warranty, you have nothing to lose by baking the card in the oven, right? Well, it turns out that reheating your video card to a certain temperature can actually “revive it”.