SUMMARY: A competitive entry from Fortis in the “good performance/high noise” heatsink category. 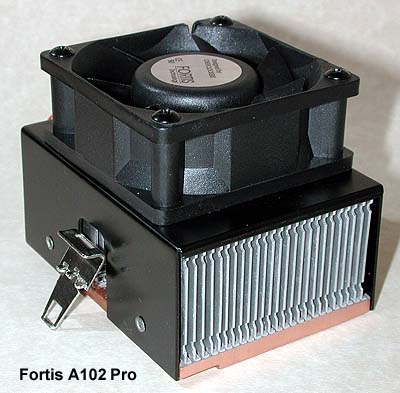 The guys at Fortis Technology were nice enough to send a sample of their latest, the Fortis A102 Pro. The Pro features a copper base (5mm thick) with 25 aluminum, thin fins mounted on it. 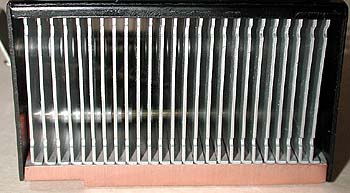 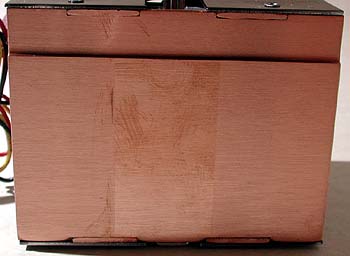 is fairly smooth (no discernable machining marks); the strip you see in the center was from the protective plastic strip – even after cleaning with xylene, you could still see where it was, but there is no difference in the finish.

One thing I thought was lacking was an adapter – high current fans such as this may burn out a motherboard’s fan header – it’s much better to run them directly on a four pin plug.

The clip does not require a screwdriver to mount; it is easily grasped and snaps on the socket lug no problem. Mounting and dismounting should not be a problem, as long as you have clearance in the case.

The A102 Pro was first tested on the CPU Die Simulator which gives results that are unaffected by motherboard influences. Tests then were conducted on a variety of motherboards as examples of what users might see on their systems.

A nice entry, the Fortis A102 PRO performs well, albeit with a fair amount of noise.