Now that I've retired my ages old file server I can put its old P35 motherboard to some fun. Nevermind the dust, this is years worth accumulation and I'll clean it before the OCing begins. 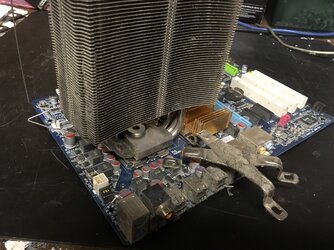 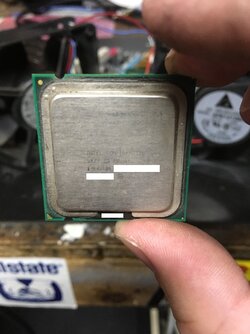 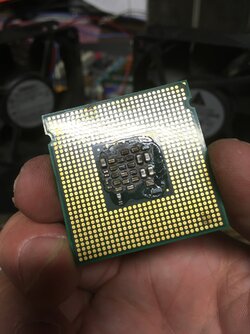 The last time I overclocked this thing was years ago on a cheapo Biostar GF7050V-M7. But man that little board really rocked this chip, the board had no overclocking features so I had to do it with BSEL mods, but I had been able to get it to 4 GHz, where it ran for about an hour until the board shut down, and wouldn't start up again for a few hours. The board, however, survived, and so did the CPU at the time. But I literally haven't run this chip in years. Nice burn marks on the pads eh?

The record of that overclocking fun is here. Sadly, the pictures that I had hosted to imageshack are no more and I cannot find them on my server, so no proof/screenshot that I ever had it running at 4 GHz.

So I'll just have to try again. I've got a stout heatsink for a 35W TDP chip, I've got some large fans for it, I've got Navig's benching station that I won from the Rosetta contest years ago. No exotic cooling unfortunately but this air cooling should be sufficient to push this little chip for the time being. 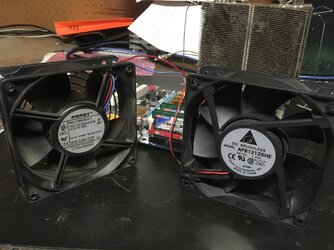 So let's see how far I can torture this little extra spicy Celly and see if I can get it over 4 GHz, and perhaps stable enough to run benchmarks, on a more overclocking-friendly motherboard than that dear little Biostar board of yesteryear. But first, to clean up dust...
Last edited: Aug 24, 2016
OP

Why were the overclocking gods cruel to me tonight? I got it to run at 4 GHz (333x12) and it was letting me do stuff in Windows, so I took a screenshot, and then wanted another with the proper time. I mean look at this, how in the hell does a screenshot get jacked like this? I just pasted over the top of the other, something I have done thousands of times. And it is cut off just right so it blocked the frequency readings in CPU-Z???? I mean, c'mon. That is some bull manure. And the computer was running fine at 4 GHz for like almost ten minutes at that point, I had shut it down because I didn't want to let it run while I went to my other computer to update this post. I should've just let it run, but a BSoD was probably just around the corner... but I knew, I KNEW, it was going to do this to me, that it wouldn't boot again after running it at that speed. 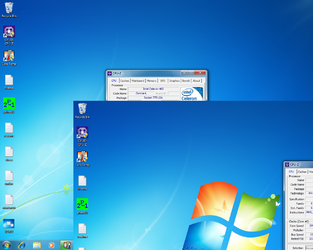 And of course after I noticed the screenshot was jacked as I went to post it, guaranteed, then I wasn't able to boot the system back up at that speed, BSoDs and reboots and all that. [email protected]#&[email protected]!!!!!!! This P35 has horrible vcore options too, above 1.6 it goes to 1.8, then 2.0. No smaller increments than that. And of course these Gigabyte boards won't boot with any kind of pad mods so there's no way to futz it around to fine tune the voltage. This motherboard just isn't up to the task, even compared to my Maximus Formula X38 board this P35's overclocking options are not even mediocre at best. So anyway, 3.9 was the best screenshot I could manage tonight. I'll try again tomorrow. Good news is the Celly isn't dead. Maybe beat up a bit, bruised, haggered, screaming for some rest, but not dead. 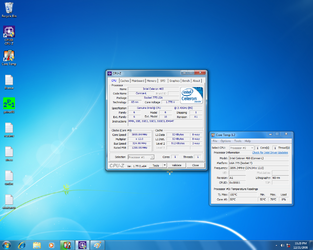 I just got done with a similar project. The kind of funny not so funny part is the only thing left on the system is the MB. I'm kind of sitting back post project scratching my head thinking why did I do that? At any rate the only thing giving the system any kind of problem is X-Plane 10 running in high resolution 4k modes. It games with ease and has good frame rates. I needed rock steady so i ended up with a 20% overclock (3.6GHz) and 106MHz on the PCI bus. It ran pretty good at 3.7GHz but just would not pass Prime 95 for more than a few hours so I backed it down until it would pass for 24 hours. No voltage adjustments on my board (Intel DP35DP). The PCI bus ran seemingly good up to 109MHz but I would get an occasional IO glitch so I backed that down to 106MHz and it seems very stable at that speed. Overall the system runs well.

I had an old socket 478 emachines, and man I wish I would have known about overclocking when I finally threw it out after 10 years. could have had some fun I'd imagine. Oh well, if it burst into flames I'm sure my teenage self would have been very grounded LOL. 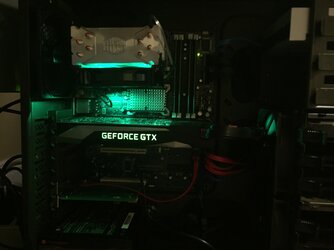 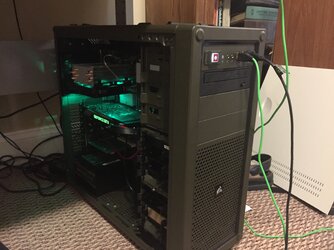 I got a little carried away, LOL. New RAM, 8 Gigabytes , NEW CPU Q9650 (Hey the Q6600 @3.0 GHz just was not getting it), New Video card GeFroce GTX 1060, New power supply (Blew up the old one overclocking, LOL), and while I'm at it a new case (Hey those AMX points come in handy), and a couple of SSD drives to round things out (Hey Best Buy has some great deals on the last generation of drives for cheap so why not).
You must log in or register to reply here.