I recently purchased the 8370 and am doing a tiny bit of ocing. I have an antec twelve hundred v3 tower. I do run aio liquid cooler corsair h80i v2 which did mean I had to remove one of the rear exhaust fans (bottom one) to mount it. So in total I have 3 intake fans in the front which are stock, in the drive bay area there was a fan bracket which i used and am using a cooler master 120 jetflo which is pushing that one intake fans area in as well which is straight across from the fans of the liquid cooler. I have the stock 120 rear exhaust fan that is above the radiator and the top 200mm fan. The stock fan that was the other rear exhaust I did mount but it's on the side of the hard drive bays just blowing air against the steel case in hopes it would help cool some what, I drew a red line of where the fan would be around. I don't have much room for more fans the side window mount cannot be used due to the radiator. 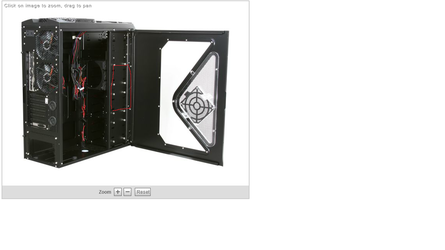 SO let's get to the main question....I ran prime 95 for a little more then 29 mins and my CPU it's self stayed below 40 degrees Celsius...however the CPU socket was keeping around 65ish...i know the socket can get up to around 70ish before it's kind of a cut off. It is running at 4.6 and i can't remember the full numbers of the NB voltage, etc. Below is the image. I was just curious on your guys thought of the temps etc. Also if there is anythign I could do to get that socket temp down...i was thinking of possibly making a cut in the side steel cover where the cpu cut out for motherboard is and getting a fan mounted there to blow air on the back. 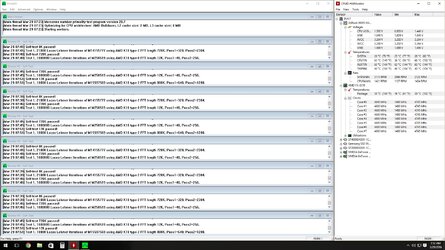 Thanks for the help! If i put this in the wrong thread area sorry in advance..I wasn't sure if should go in cooling it's self or more in AMD cpu,

Part of that socket temp is your motherboard. I have seen one other Killer board in action and it ran hot as well. The idea of a cutout on the back is ideal. The FX really needs some cooling back there. You ca mount a small thin fan there in the mean time to help though. You can also mount some fans directly to the VRM. With both done you can likely drop that socket temp by 10° 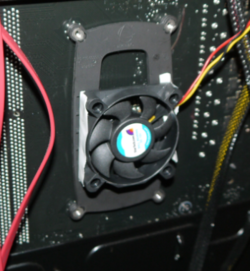 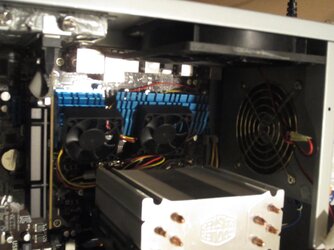 Do i see double sided tape holding that little fan to the back of that socket? Also where is the VRM usually located? The only thing I'm worried about is that I may not be able to fit a fan in the case...the side walls are pretty tight on the side of the case why i was thinking of cutting a square out just enough for the fan blades and mount studs inside if I can and screw the fan into the side of the case...I'm starting to really not worry about having mesh....seems kind of like doesn't do anything...still gets dusty in there. I'll have to get a picture of it this morning. Cannot find one on the web

The VRMs are located between the CPU socket and the I/O ports at the back of the motherboard. Yes, many of us have cut holes in the side panels in order to mount a fan to blow on the socket backside. Yes, double-sided adhesive strips are often used for this or zip ties in some applications.
OP
D

Would it of been easier to just purchase a different brand of motherboard? Also anyone on here use Crucial Ballastix sport memory? I had a question about voltage for those...it says its low voltage aka 1.5 (before 1.35 came out or w/e it is) and was curious if it's safe to put the voltage up on those sticks to 1.65...

dslatsh said:
Would it of been easier to just purchase a different brand of motherboard? Easy? Should have bought an Intel if you wanted to keep your granny panties on! You wanna OC an FX 8-core youve gotta take the measures to cool that monster, doesnt matter what board you have. Easiest, cheapest, most effective thing you can do is use your stock amd fan and cool the vrm and/or socket. Thatll bring core temps down a bit too as well, and youre gnna need that with an h80 Also anyone on here use Crucial Ballastix sport memory? I had a question about voltage for those...it says its low voltage aka 1.5 (before 1.35 came out or w/e it is) and was curious if it's safe to put the voltage up on those sticks to 1.65...Shouldnt be a problem
Click to expand...

Ah i see.. reason I asked about motherboard is because I noticed people using gigabyte msi and Asus didn't knoww if their boards ran cooler. Read a forum on here guy got his to 4.7 I believe with all air, the new hive cooler gigabyte board on stock voltage didn't change anything....I can't seem to do that.

Now when you say use your stock cpu cooler to cool vrm how are you doing great that? Just removing fan from heat sink etc?

Yep those fans pop right off. That's more or less what I put on the back in that pic. Later I mounted a real fan and cut a hole in the back panel but that little one dropped my temps almost 10c

And if I had one fan, and had to choose where to put it, I'd tape it to the back side of the board. You can center the fan over both the socket and vrm backplate. My tests showed that to bring socket and vrm temps down better than when placed on the top side vrm heatsink. Test in both locations to decide which works best for you.
OP
D

For mounting a fan to the vrms on the topside how would you go about doing that? Just kind of lay it on them?

dslatsh said:
For mounting a fan to the vrms on the topside how would you go about doing that? Just kind of lay it on them?
Click to expand...

Heat isn't bad for the tape? Sorry so many questions just never thought of taping it to the vrms thought would have to mount it to the case etc.

You're actually taping it to the HS and it seems to hold up. On the back it's taped to the cooler bracket. Sometimes you can line up some of the fins with holes in the fan and use some screws but that all depends on the heat sink design
OP
D

Ahhh that makes sense.....I was thinking of possibly zip tying to the hoses. But don't think would hold up....im thinking of for sure cutting a hole in case size of fan blades so can mount on outside of case and possibly getting a 120-200 mm to blow directly on back of socket
OP
D

How do you guys feel about not having a mesh filter on outside of fan....is it a big issue if just blowing onto back of mb? Seems like dust etc makes its way in even with filter

This is what I did. Scribed a grid and drilled holes. Mounted a 120mm x 15mm "slim" fan there. There are also fan grilles you can purchase that will screw into the fan holes keeps fingers out. I've lost half a thumbnail on a fan blade before. As for dus. I'm not big on filters but you need to clean regularly. 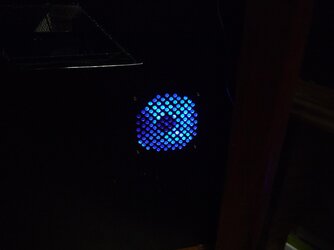 Interesting can you point me in the direction of where to buy the mesh? Maybe even the fan you purchased? I use newegg for everything...I live in an area that doesn't have many if any computer product stores

case accessories http://www.newegg.ca/Case-Accessories/SubCategory/ID-255 That's .ca but if you find something you like just change the ca to com and reenter it'll redirect you.
That isn't mesh in my pic I drilled all those holes in the panel

This is a bit messy for the fans but they're hard to narrow down. Look for slim or 15mm http://www.newegg.ca/Product/Produc...er=BESTMATCH&Description=15mm&N=-1&isNodeId=1
Last edited: Mar 31, 2016
OP
D

Thank you! And fooled me I thought it was the honeycomb shaped mesh/fan guard. Looks very clean cut etc
You must log in or register to reply here.

Finally thinking of biting the bullet on an AIO. Any recommendations?