I got a ASUS USB 3.1 with A Type port's shipped to me from a friend over in Italy as they have not released them in Canada or the State's yet,I also have a ASRock USB 3.1 Front Panel that I also tested and I will put a link to it in this thread as well. 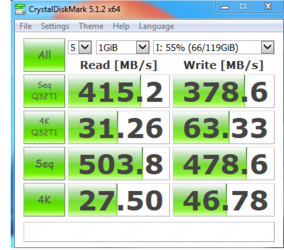 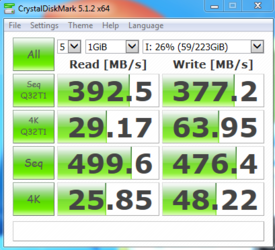 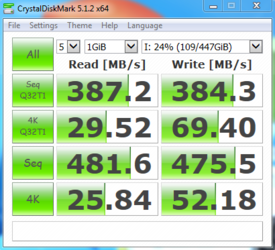 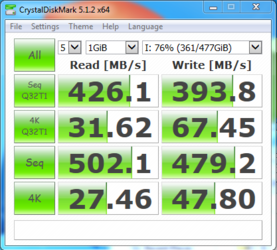 The 2 lower pic's are HDD's I had laying around with very little use on them and were just storage drives I also had in enclosure's before as well,these were also tested with the Vantec USB 3.1 enclosure's. 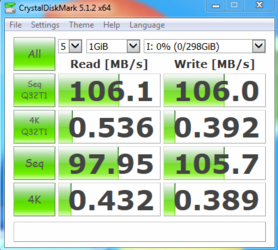 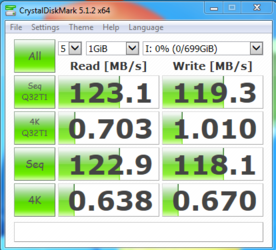 The CrystalDiskMark tests are all fine and good if you want to see what benching marking can do but it's the real world transfer speeds I really only care about and judging from what I found the result's were very strange.

What I found was that with a 10GB folder filled with video files at 348mb to 540mb in size I would get around 85mb to 100mb transfer speeds with ASRock front panel and I would get 150mb to 170mb with the same video file's and I also do not see any difference in speed between the SamSung and the SanDisk SSD's.

I also found that when I made up a folder of pictures that was 2.30GB in size I would 140mb to 165mb transfer speeds as the speeds would change a bit and this was the same for both brands of SSD's.

The SamSung however is a very different tale,when I did the video file transfer it started off at 163mb and held it's speed much longer and when it dropped in speed it lost it's speed at a much slower rate then the Hitachi,for the first 15% of the transfer it did not drop below 100mb where as the Hitachi dropped below 100mb really fast about in the 5 to 7%,the SamSung also maintained a constant speed of 56mb to 59mb for the rest of the transfer.

For the picture folder test with the SamSung it started off at 185mb shot up to 200mb for 6 seconds then went down in speed and stayed around 150mb to 134mb for the rest of the transfer and only for the 1 second dropped to 124mb.


One other thing that should be mentioned about the ASUS Front Panel was that when I installed it and hooked it up I put the power line for the front panel on the same line as my DVD drive and they were the only thing's hooked on that line coming from my power supply and I started noticing later that day when I went to burn a bunch of video files for a friend and found that my burning program was failing part way threw the burn process I tried everything from uninstalling the DVD drive in the device manager and then rescanning for new hardware and tried to do another burn with no success I then tried uninstalling ConvertXtoDVD 6 and nothing seemed to work until I remembered the last thing I touched on my PC was the cable that went into the DVD drive and the ASUS front panel and went and got another power line from my EVGA bag and unhooked the front panel from the same line as the DVD drive and hooked it up on it's on line with nothing else plugged into it and once the ASUS front panel hooked up on it's line the DVD drive started to burn normally again and has been working fine for the last 3 days.

I will also be testing some 3TB HDD's in the next few days for anyone who is wanting to follow this thread.

EarthDog said:
So.... did it solve your problem?

This was my first thought!

I'd also like to see the results next to each other instead of a link to another thread.

EarthDog said:
I'd also like to see the results next to each other instead of a link to another thread.
Click to expand...

It's only been a few days since I installed the ASUS Front Panel so I won't know for about 3 week's because that's how long it took the ASRock one to start acting up and once it did it just kept getting worse then I was forced to do a reformat and start all over again.

The ASRock Front Panel did not cause problems the second it was plugged in.


EarthDog said:
So.... did it solve your problem?

I was thinking the same thing but I deleted the Pic's I used in the ASRock testing I did and just uploaded them from my PC so that was out of the question as I have gotten fed up with Windows 10 doing a few stupid thing's to me.


EarthDog said:
I'd also like to see the results next to each other instead of a link to another thread.
Click to expand...

Easy. Go back to your other thread, make graphs from the screenshots there.
You must log in or register to reply here.

Apr 14, 2022
Woomack
W
W
What is Sabrent like for honoring their warranties.

Is mini USB type-C the trend for new motherboards for front panels as well?