I got an Oculus Rift over the holidays and have been looking for the perfect case to build a HTPC. I wanted the case to fit inside my IKEA BYÅS TV unit.

Most HTPC cases don't support water cooling or vent out the side or back if the case. This would be a huge issue when trying to cram the case into a TV bench. The Thermaltake Core G3 is the perfect case as it has space for a front mounted 240mm radiator. My current build is in a EVGA Hadron Hydro. I chose this case as it was one of the smallest cases I could find that could fit my GTX 980. The case was so tiny and difficult to work in. The lack of space limited my ability to be creative. Furthermore, my 4790k ran pretty hot on the loop. The CPU would idle around 35 and would push the upper 70s when under load. Since I want something that's pretty small I don't mind sacrificing temps for compactness.

I have decided to stick with my 980 GTX and 4790k. They are a powerful enough duo for VR where I can't really justify buying all new parts for Kaby Lake.

Day 1 Notes:
The G3 case is light but well built. The case has no space behind the motherboard tray for cable management. The bottom panel is removable but is really only useful for installing CPU heat sink hardware. Luckily the GPU will cover most of the ugly cables since it installs sideways in this case. The primary color theme here is black with RGB lighting effects. The pump did not come with sleeved cables so I added my own sleeving. Next time I'll be sure to take landscape photos but at least this gives you an idea of what I finished today.

Day 2 Notes:
I've been waiting to get the CPU water block so the build has been at a standstill. Today I got all of the rest of the components in and filled the loop! I was also able to get all of the cable management done. I am having issues getting the computer to boot with Thermaltake's PCI 16x riser installed on my 980 GTX. With it installed my motherboard reports error D7. My manual states that this is an error with the GPU. The computer boots without issue are using the onboard video. I ensured that both 6-pin GPU connectors were fully seated. I even drained the loop, checked for bent COU pins, and re-seated CPU. Same issue. Looking at online reviews, it looks like many people have had issues with the same riser cable. I'll try to RMA and will post some modeling pictures once the build is complete. At least I have a working PC for now

Working in the Core G3 case has been a bit of a challenge. I'll touch on this more later. 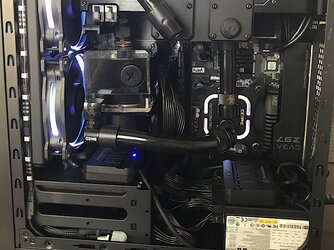 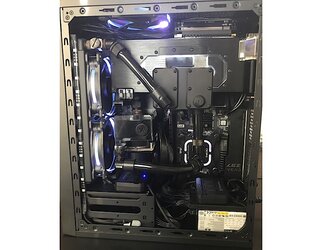 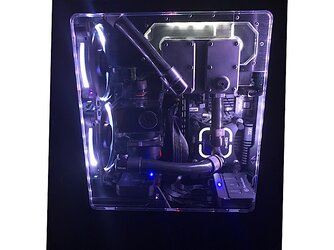 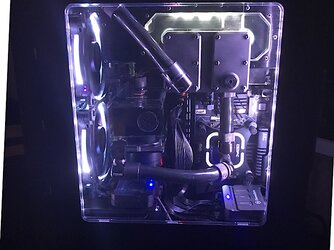 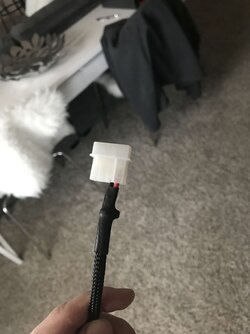 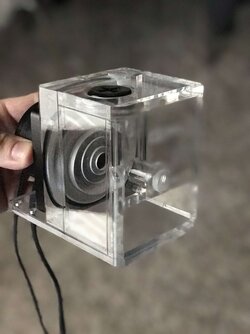 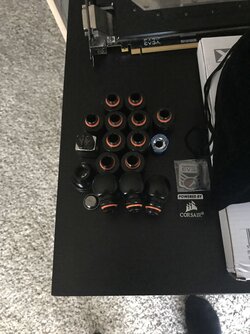 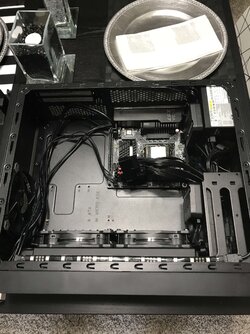 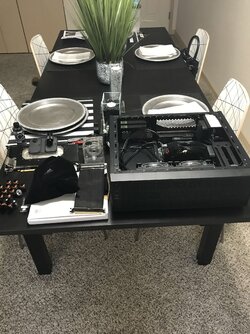 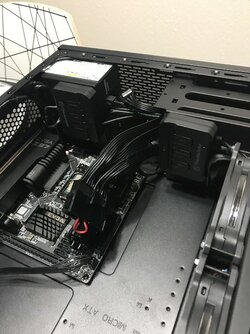 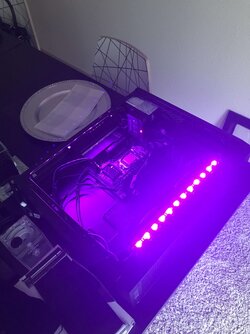 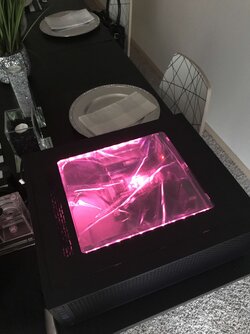 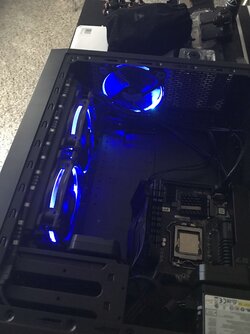 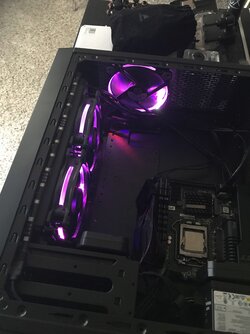 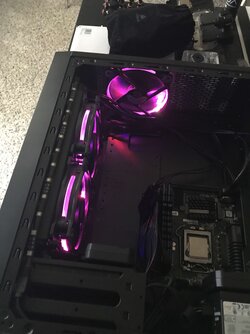 Welcome to OCF ShamefulModder! I've always wanted to do this. Looking forward to seeing how she comes out.
OP

Added a few more pictures and a day two update!