Hi everyone! I know sometimes it sucks to see a new member post a "what do you think of this?" thread when they only have a couple posts under their belt, but I'm not here JUST for that. As I said in my intro post, my old "home" has pretty much withered away so I'll be spending my time here now.


Anyway, I've been happy with my last build and am still ok with it even though it's well over two years old. Hey, it does what I want it to. So, like many people, I had to re-educate myself recently when my I built my son a new rig. I know I compromised on a few things and many claim there are better alternatives for similar prices, but he's not a hardcore gamer and really wouldn't notice the difference between the options I had. The problem is, some of the things just don't seem right, and I think part of it is I'm just ignorant. hehe The other part is probably along the lines of I just don't understand all of the techno-speak these days. For example, I just read the other day that CPU-Z will show his DDR3-1333 memory as 667MHz, not as 1333. A bit confusing if you ask me! lol

So, i was hoping you gurus might help me understand what I'm seeing when I check his setup and help me set the parameters where they need to be. Here is the build sheet with some specs and I'll post screenshots below:

CPU: AMD FX-4100 Black Edition
Multiplier set to auto-supposed to be 3.6GHz w/o overclocking and it's running around 3.71 when the only thing I have done is turn off Cool-n-Quiet.

Still reading? Good! lol So I guess the first question is why is my processor running at ~3.71GHz when I have the multiplier set to auto and have not touched the FSB or voltage? It was running at 1.4GHz but then I realized it was in reduced power mode due to Cool-n-Quiet. Second, is my memory good to go even though CPU-Z shows it as 667MHz? I know what I read says it is but I just wanted a second opinion. Third, his video card shows slow core and mem clocks...something like 157 core and 300 mem. I'm assuming this is some sort of built-in function similar to cool-n-quiet? It does rise when I run something graphics intensive so I think it's all good.

Thoughts? Also, what are your recommendations for his setup? Do I leave the FSB alone? And if so, what's the point of having a MB capable of 2600MHz when it comes set at 200??? I do plan on overclocking his CPU. That cooler should be sufficient enough to get some decent and stable numbers I'm hoping. I've seen reports of stable at 4.2-4.4 with the stock cooler. Not really planning on messing with the memory unless there's something that you guys feel should be tweaked.

Oh, I left out the rest of the info (HDD, case fans, etc) because I'm not too concerned with that as I actually know what I'm doing in that case. I hope. LOL!

Thanks for any info and advice guys! 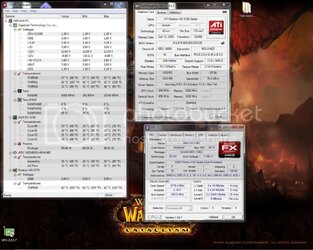 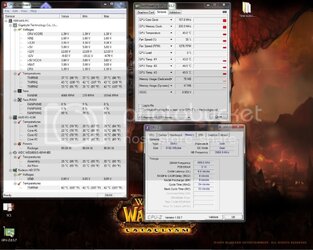 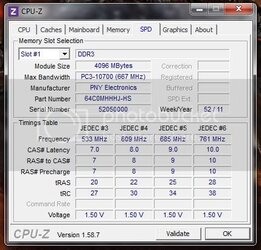 Yeah, that's what the site I read it on said as well, just seems weird that CPU-Z wouldn't automatically compensate and multiply it by two in order to show what you have. Just makes it a bit confusing to folks like me who are re-learning this stuff. lol

Anyone have any inputs on the rest? Does it all look good and make sense? Should I tweak anything?
OP
W

You're in the wrong forum if you want comments on your CPU OC. Go to the AMD CPU section.
OP
W

You're in the wrong forum if you want comments on your CPU OC. Go to the AMD CPU section.
Click to expand...

So I guess the first question is why is my processor running at ~3.71GHz when I have the multiplier set to auto and have not touched the FSB or voltage?
Click to expand...

Can't think of a way to rephrase that to make more sense. Two other questions were confirmed by your first reply, thank you BTW , and through more research on my part.

Other things not touched upon yet though, are....

Thoughts? Also, what are your recommendations for his setup? Do I leave the FSB alone? And if so, what's the point of having a MB capable of 2600MHz when it comes set at 200???
Click to expand...

That is not a "Hey, what should I do to overclock his system" question. When it comes time I will follow the tried and true steps which I have read about here and other sites about stepping up multipliers, voltage, etc to find a stable OC. What I meant with the above quote is, what are your general thoughts on all of this? I know bumping the FSB will OC, but what about my follow-up of what's the point of having a MB capable of 2600 when I haven't even heard of anyone going above 300?
You must log in or register to reply here.