For info on two interesting fan controllers (one adjustable regulator, one "PWM a non PWM fan" style) as well as a fan bearing lubrication walk through, click here.

Cetoole said:
Many people, while desiring high performance out of their computers, decide that their computer is too loud, so the easiest way to combat this problem is to slow down the fans, which are the major noisemaker in the average computer. To slow a fan down, one must reduce the voltage powering it. The fans that most of us use in our computers are 12vdc fans, but most will run fine at lower voltages, with some going all the way down to 4v without issue. The cheapest and easiest way to slow down a fan is to simply power the fan off a different rail than normal.

Now, most people know that the average computer has a +/-12, +/-5, and 3.3v rail, and it is simple to power fans off of these rails by changing the power lead for the fan from the normal 12v to the 5v rail, as most fans won't start with 3.3v. While these rails are common knowledge, many people don't know that there are also several "virtual rails", the 8.7v, 7v, and 17v, as well as the 24v and 15.3v rails. These rails are not true voltage rails, they are accessed by using one of the real voltage rails instead of the common ground as a ground for that rail, so the 12v=12vrail+ground, 5v=5vrail+ground, and 3.3v=3.3vrail+ground. Now, if you switch the ground to one of the lesser voltage rails, such as the 12vrail+5vrail, you end up providing 7v, which is the popular 7v fan mod. This is by far the most common, because the 4-pin molex connectors used to power devices such as hard disk drives and DVD ROM drives has a 5v line, 2 grounds, and a 12v line. To get 8.7v, it is necessary to bring a wire from the 20 pin ATX connector on the mobo, which is much less convenient. The voltages above 12v simply use the negative rails, but again, these are only found on the 20 pin ATX connector, and are not really very safe to use for this purpose, as the negative rails are very weak, and don't have enough load to absorb the power sent back up the rail.

This is also an issue with the 7v and 8.7v mods, but much less so because of the load of the whole computer that is much greater than the load of the fans, but before doing this mod, always check. It is not a good idea to try this mod when starting a PSU with the wire trick, because unless you are running other things with it, there is no load, and you can cause physical damage to your hardware. Some of the lower quality PSUs also die with this mod, so it is only advisable to do it with a decent PSU. 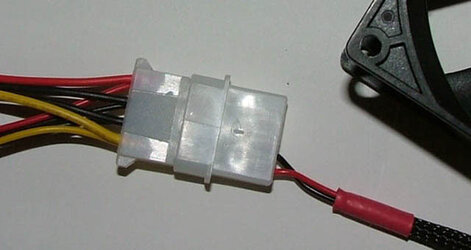 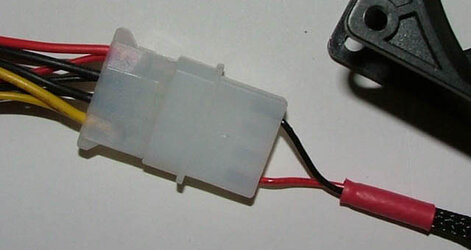 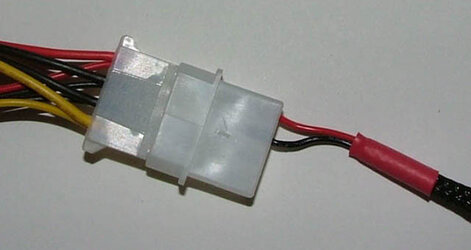 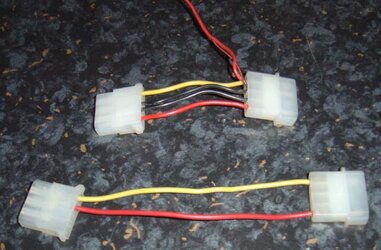 More to come in this thread, by the way.
You must log in or register to reply here.