Good morning,
This is my first post to this forum but I wanted to introduce myself and share my new build I have planned. Parts are ordered and on their way. I hopefully will start next week. I am planning on using this as a build thread too.

On to the specs:

I think that covers it. I will be overclocking the CPU to 4.5-4.7Ghz depending on how stable it is.

I'm currently using 2 LG 27" ISP monitors but may upgrade to a 4K monitor in the near future.

This rig will be used for gaming, video editing, and orthomosaic/aerial map processing. I think it should handle anything I throw at it pretty well.

I have never done a hardline system before but have built a few soft tube cooling rigs. Should be a good time.

I'll update this thread as parts start to arrive and I start building. 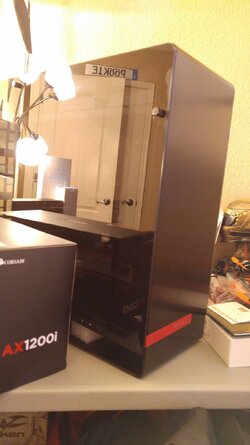 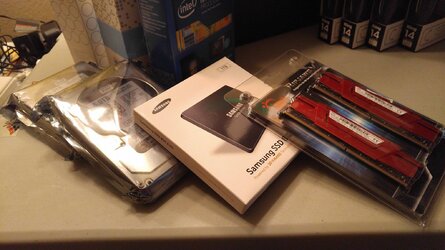 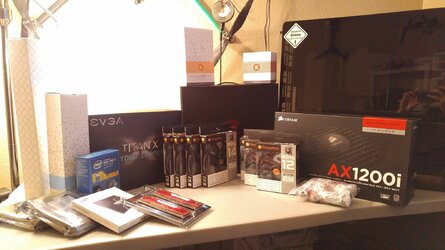 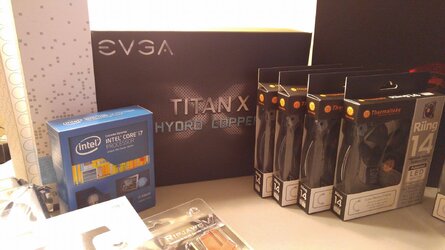 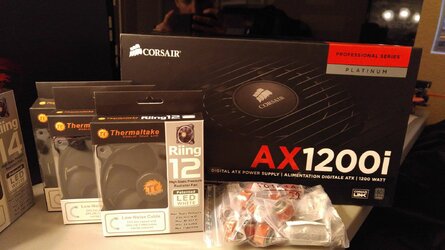 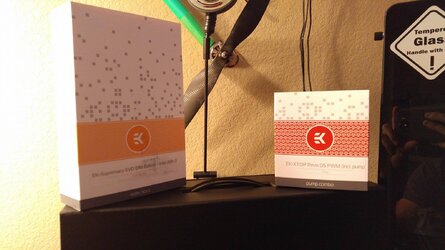 Welcome to OCF. Looking forward to see the build.

Welcome to OCF! You have a very nice build planned and yes it should handle anything you throw at it with ease.

Whoo hoo... Parts just started showing up yesterday. I should have the remaining parts, PCIe SSD and water cooling parts, tomorrow. Then time to start building.

Images posted. Everything is here except the PCIe SSD. I am picking that up from UPS tomorrow morning.

First step will be setting up the system on the bench to make sure it posts correctly. I don't have a cooling fan for the processor or the GPU so I can't run it for more than a minute or so. If it's posts I'll consider it working and will go ahead with the build.

After I will start with mounting the fans and water cooling components to the case. I think I am going to need to do some drilling into this case to ensure everything fits nicely.

Last night I was able to get a bit done. All the fittings are mounted to the block, radiator, pump, fill-port, and ball valve. I also mounted the fans to the radiator and installed the CPU.

The PCIe NVMe SSD arrived this morning as well! 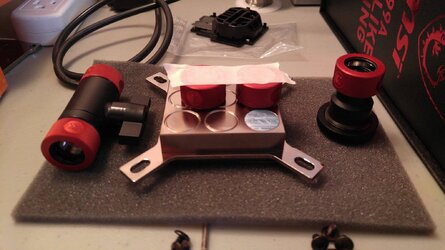 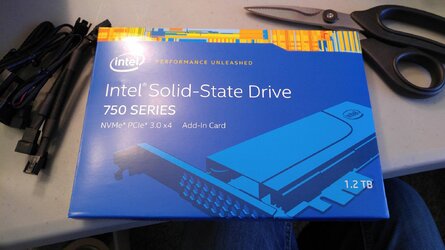 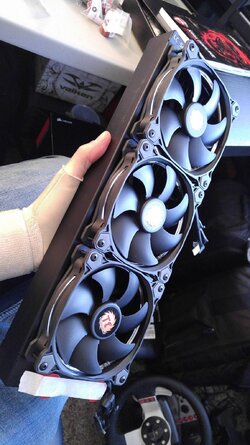 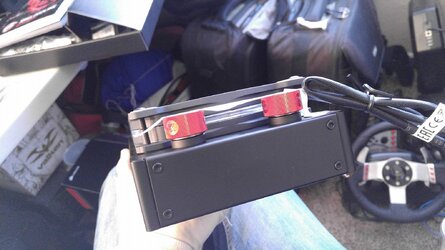 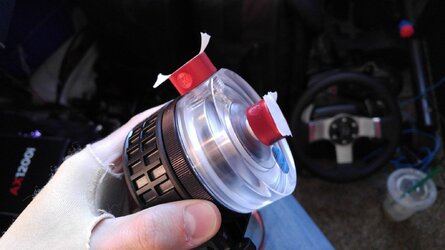 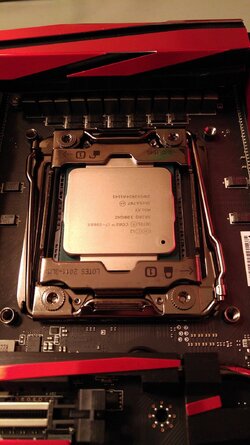 Looks like this will be fun, love the case choice , Way awesome

I see a G27 down there on the floor. I think this build needs triple screens for some sim racing.

Soulcatcher668 said:
I see a G27 down there on the floor. I think this build needs triple screens for some sim racing.

Success! System POSTed and made it to bios! Didn't run long since the CPU is naked without any cooler so it went into Thermal shutdown. I feel confident though that all the main parts are working and will now start to mount everything into the case.

Didn't run long since the CPU is naked without any cooler so it went into Thermal shutdown.
Click to expand...

I wouldn't do that again moving forward... on any CPU.
OP

EarthDog said:
I wouldn't do that again moving forward... on any CPU.
Click to expand...

Yes I won't be doing that again either... I know it would save itself though but I didn't want to go out and buy a cooler just to have it on there for 1 minute to watch it POST.

Was gonna suggest the corsair red trim fans for the build but it seems those thermaltake fans create their own colored led ring
everything looking nice so far, can't wait to see it completed
OP

Hopefully I'll get back to the build in the next day or two.

Congratulations, parenting will be the most rewarding project of your life.

My middle child (7YO) just started picking up my "gear bug", and wants to upgrade the old Dell his grandparents gave him for his birthday. His exact words were "I want a computer like yours, I'll save my money until I have enough." That's my boy, I thought. I have a slim 750Ti picked out for him that should get him past 30FPS from the 10 he has to deal with now in most of his games. Rewarding, and expensive project. LOL.
OP 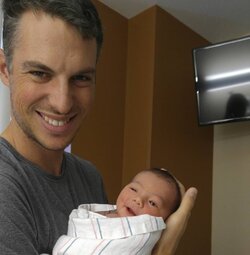 Yeah she is going to be a geek too. Just because she is a girl doesn't mean she won't still play with the boys. I am a geek, pilot, drone pilot (thats my normal work), racecar driver, ect and I intend to take her along for all of it. My wife said she was smiling the whole time we were in the car on the way home from the hospital yesterday. Thats a good sign!

Congrats from a father of three!
D

My youngest is constantly on my lap while I'm on the computer, and always trying to play with the keyboard and mouse. I think she loves her daddy's toys more than her daddy, lol.
OP

Made some progress this evening.

I mounted the radiator to the back cover of the computer. InWin says it can fit 360mm radiators but that means a MAX length of 360mm so I had to get a little creative to mount it. I used a couple standoffs to get the radiator just a touch further in which allowed it to clear everything to mount. 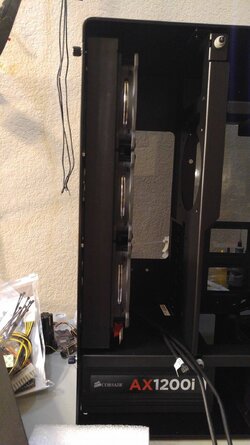 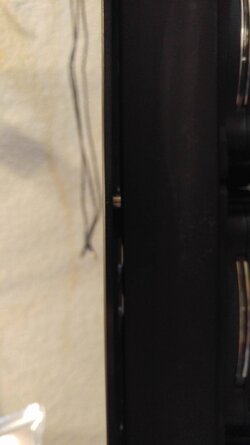 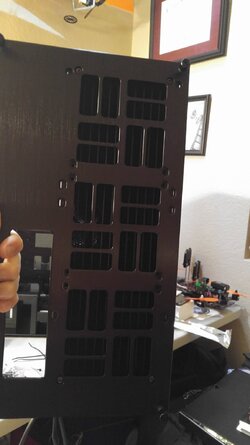 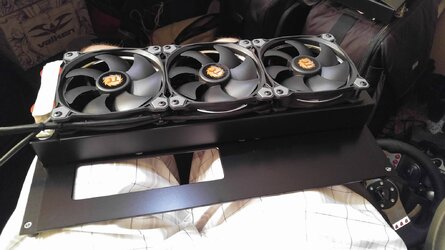 Once I had that mounted, I mounted the motherboard and GPU so I could start figuring out where to put the pump and reservoir. I ended up with the res. centered above the MoBo and the pump, which just BARELY fits down in the bottom of the case. Piping this is going to be a tad tricky but there should be plenty of pretty looking piping to look at once it's done. After I figured out where everything was going I marked the holes to drill so I could mount the pump and res. This is when I realized my drill is broken and that put a stop on the build for the night. 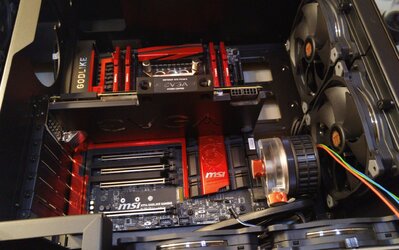 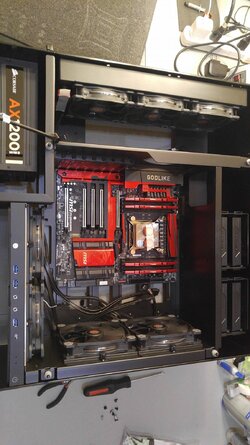 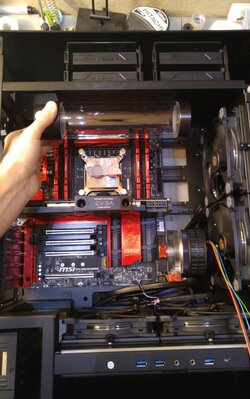 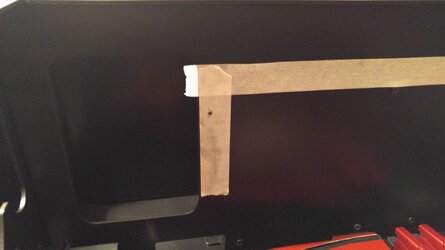 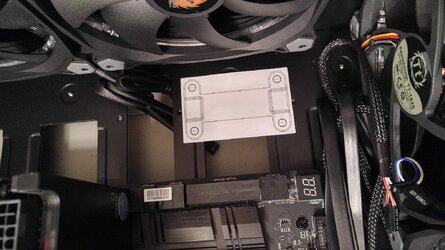 Once I realized my drill was out of commision I decided to attach all the fittings to the res. and the 3-way splitter. 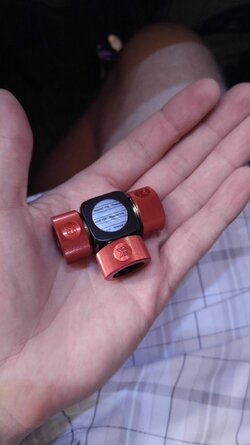 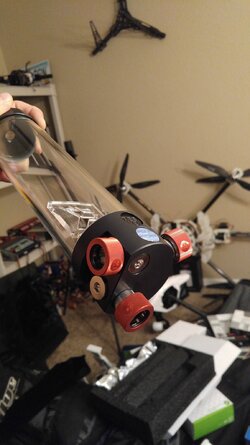 That was it for the night. I am running to a friends house in a bit to borrow his drill so I can get the holes done and continue on with the build...

Looking good, Josh!
You must log in or register to reply here.