GALAX! Any Hall Of Fame or Limited Edition owners here at OCF? Come on in!

Found some issues and we have some fixes. If you corrupt your BIOS overclocking the memory, GALAX has BIOS downloads. We also have a slight performance tip. If you don't want to OC (why are you here? LOL) GALAX has a BIOS download for their HOF Limited Edition cards that you can flash your regular HOF card to. I got 2025 MHz on the GPU clock with the LE BIOS on my card. Not a big bump (pretty small, actually) but it's there. And since they don't sell the LE in NA it's the only way some of us will get it.

We've added another GTX 1070 Hall Of Fame owner to our ranks. I know at least one member used to have a 980 Ti HOF, but I don't know if it went to another OCF member or not. The HOF cards are overbuilt, beautiful, and definitely have some horsepower. The two I know of easily hit 211x MHz with a simple 'click here' on the "5% overclock" button in the Xtreme Tuner Plus so kindly provided by GALAX. Are there any other GALAX or HOF owners out there? They aren't real common on this side of the Atlantic, but for the new price of $459 for the 1070, they really should be more popular. See them all here http://www.galax.com/en/graphics-card/hof.html

Their BIOS downloads (to address a memory issue) show BIOS' for the HOF and HOF Limited Edition cards. I can't see any difference between the HOF LE and the "plain Jane" HOF cards except even higher clocks on the LE. Has anyone tried to install the LE BIOS on the regular HOF cards? There isn't much of a clock difference between the two, but bragging rights and BIOS mods for OC are the kind of thing done here, right? Sadly, I've been too chicken to risk borking my card. LOL. So far, anyway.
Last edited: Mar 26, 2017
OP

Wth the rig in my sig. No more effort than a couple ciicks in the Xtreme Tuner Plus. 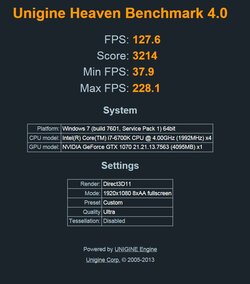 No love for the HOF cards? Bummer. My CPU got hotter than the GPU by 8C. GPU hit 2114 MHz and didn't exceed 61C. What's not to love about these cards? 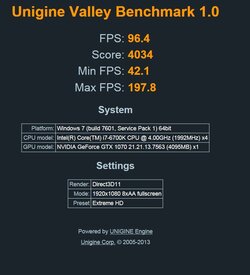 Hey there, nice numbers on yours. You made me want to play with mine and this is so far what I got on stock voltage. 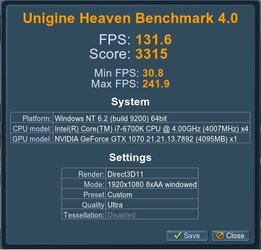 Whoa! Nice! Now I have to play. See what you've done now? Hahaha

Yea I originally set it up to 2113, so not sure why afterburner is showing 2100 unless it eventually went down during the test.

Below is a picture only with the core @ 2133Mhz but the memory was stock. 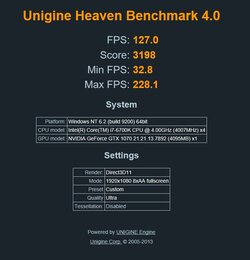 I check my peaks in HWMonitor. The GPU speed fluctuates a little during the bench.

Picture of the sexiness. lol

Had a display driver quit and recover right after running Heaven. I suppose I should update my drivers. I'm still on 375.63. LOL Still only hitting 64C on the GPU. I'll run Valley next. 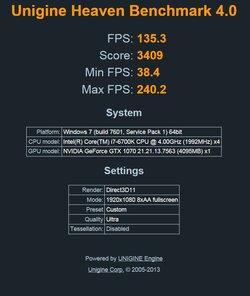 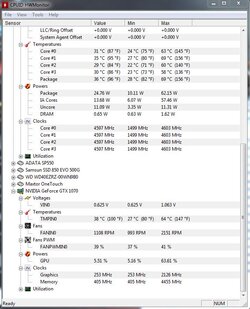 Nice, I will need to re-do my test a bit more and see how far I can take it. Trying to push it without adding voltages first. =)
OP

ITAngel said:
Nice, I will need to re-do my test a bit more and see how far I can take it. Trying to push it without adding voltages first. =)
Click to expand...

Always the smart choice. Valley at 2126 MHz and memory at 4475 MHz. My display driver crashes after each run. I'm wondering if a little more voltage will help or if I'm hitting a wall. Temps are still great, though. 61C max in Valley at those clocks. 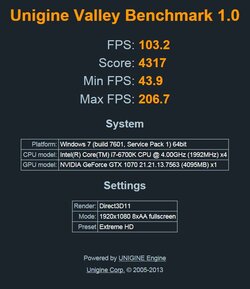 This is my max on stock for the setup before I have issues crashing and getting artifacts etc... I could fine tune it and push it using curve but I not sure if I am up to do that tonight. XD 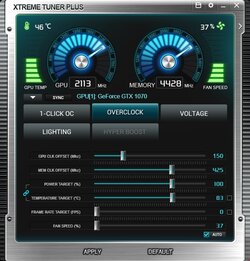 This was from my last two runs. And my Xtreme Tuner seems to have just died. LOL I'm getting no numbers or readings when I open it now. 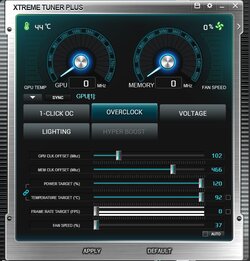 How come yours is not reporting gpu or memory at all even mine on idle show 253Mhz on the core and 405Mhz on the memory. Also are you testing the GPU with an Overclock CPU?
OP

Oh okay, hope it just a software crash and not the card. fingers crossed.
OP

Success! The program bit the dust. I reinstalled from a fresh download and it works fine.

I'm going to run Heaven again, with a tiny bump up and see what happens.

Alaric said:
Success! The program bit the dust. I reinstalled from a fresh download and it works fine.

Well, maybe. I ran it at 2164 MHz and the memory at 4475 MHz (highest GPU clock yet) and lost points. And I'm not getting the readout in the top left corner anymore. Score was only 3163. Lost 17 fps off the max and 10 off the average. Going to try a smidgen OV %. I don't know what the actual core voltage is so I don't want to mess with that yet.
You must log in or register to reply here.