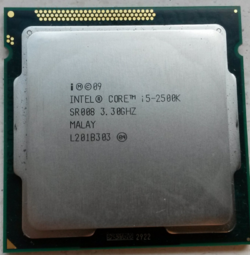 My point is to get stable 4.5Ghz at my i5-2500k getting the lowest voltages. Now my computer shows up bluescreen, or just crashes (crashed video and sound - restart needed). 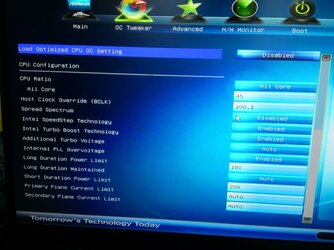 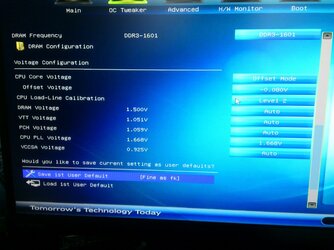 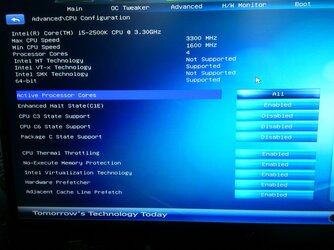 After getting crashes i changed:

Comment about BLCK: Before i5-2500k i had i3-2120, when I tried to OC i3 by it's BLCK to 103Mhz i was getting same problem, crashes after some time of gameplay/internet/music, sharp horizontal stripes colored depending on background.

Now, when I was writting this i got bluescreen, so I changed:

Through ITBv2/OCCT PC goes perfectly, but after playing LoL/surfing internet+music etc. I was getting crash with stripes.
Drivers are up to date, updated with DriverBooster. I'm sure it's not graphics card bad, i haven't touched it, also before setting lower voltages everything was fine at 4.5Ghz, offset lvl2/3 -0.035v and some lower like -0.050v.
My aim is to get the lowest voltages, so also temperatures.

I got fans set at the lowest speed, and CPU's temperature aim set at 50*C, so fans are speeding up after reaching this temperature on CPU.
In idle i get 30-40*C with fans moving at ~400/500RPM.
In highest stress (ITBv2 maximum settings at 4 cores + browser with music and this site open) I got -/+65*C as I said (SigmaPro3 is easy to be heard, but in general PC is quite silent even in stress: fans at 1400-1700rpm).
In games it doesn't even reach 55*C.
Now PC goes through 15runs at IBTv2 max stress.

I would like you to get a look at this guys if there is any option to get my aim, thanks for every help. 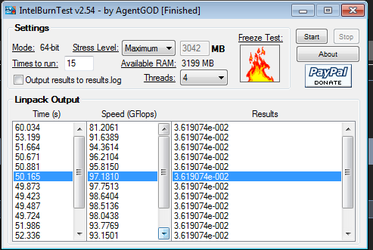 I would set everything back to default and only increase vcore for a overclock only to 4.5GHz. The total voltage calculation in CPU-Z is what you have.

Agree with Wingman99 on this.
Its not a picky CPU by any means but reset to defaults up the CPU voltage til stable and leave the rest on auto. Then start fine tuning if you wish for the remainder of the settings after its stable.

PS good CPU Mines played nicely over the years, but starting to feel a little long in the tooth with board features compared to newer systems.
Last edited: Aug 27, 2016
You must log in or register to reply here.

A
i5-8600k [email protected] Questions about Voltage and Stability.

i5 2500k overclocking questions, from a beginner.